Parliament, In Line With Other Government Buildings, Is Generally Illuminated Every Year On Two Occasions - Independence Day And Republic Day.

In an infrequent move, the Parliament House was lit up in multiple colours on Monday as it celebrates the revocation of Article 370 and 35A, in a bold and far-reaching decision that seeks to redraw the map and future of Jammu and Kashmir. Parliament, in line with other government buildings, is generally illuminated every year on two occasions - Independence Day and Republic Day. The strings of lights is a decade-old tradition being maintained since 1950s.

"Parliament building in Delhi illuminated after Modi government announced abrogation of Article 370 and 35A in the Rajya Sabha," the news agency ANI reported along with photographs of the House brighten up with colourful lights. 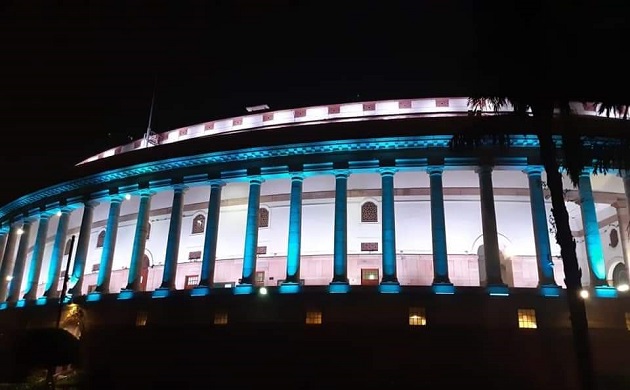 Since 1950, Parliament had been lit up using a whopping 22,000 bulbs of 25 watts each, but from 2016 onwards those were replaced with LED lamps of 3 watts, in line with the BJP government's "save electricity campaign" to ensure that the power bill from the lighting comes down. 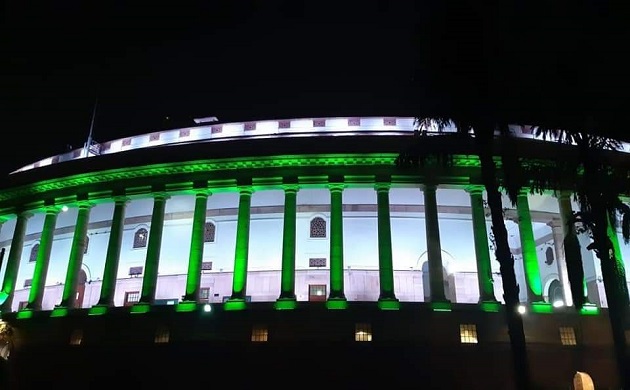 Fulfilling its 2019 poll promise, the government on Monday revoked Article 370 to take away Jammu and Kashmir's special status, and proposed the bifurcation of the state into two union territories - Jammu and Kashmir and Ladakh.

The government's effort to tackle head-on the vexatious 72-year-old problem wracking the soul of the nation sent a wave of jubilation among BJP supporters and others, but provoked outrage from the NC and the PDP, the principal political parties in Jammu and Kashmir. 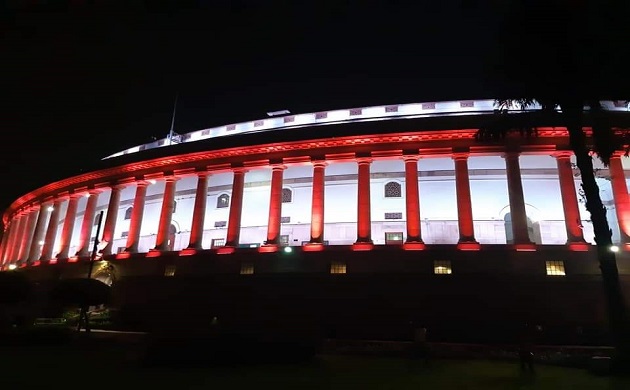