Prime Minister Narendra Modi inaugurated the ‘biggest ever’ Defence Expo in Uttar Pradesh’s capital city Lucknow on Wednesday. “Our mantra is make in India, for India, for world,” Prime Minister Modi said highlighting the theme of this year’s DefExpo. “India has been one of the major powers in the defence manufacturing sector for years. But after Independence, we did not use our strength as seriously as we could,” PM Narendra Modi said. He also said that manufacturing of weapons in India is about welfare and not warfare. Over 1,000 defence firms are participating in this year’s grand exhibition. The officials expect best ever business targets this year.

Setting a mega target, Prime Minister said that, "In 2014, the export of defence of India was about Rs 2000 crore. In the last 2 years, India has exported defence worth Rs 17,000 crore. In the next 5 years, we're targeting to take the number to Rs 35,000 crore." Talking about new-age innovation, PM Modi said that India hopes to build new, AI-based weapon systems. He also said that Uttar Pradesh will soon emerge as the new defence manufacturing hub.

“Be it artillery guns, aircraft carrier, frigates, submarines, light combat aircrafts, combat helicopters many such equipment are being manufactured in India,” PM Modi added. PM Modi also spoke about new security challenges. “The security forces are developing new technologies. Our aim is to develop 25 products based on artificial intelligence in the next 5 years,” PM Modi said.

Over 1,000 national and international defence firms are participating in the mega exhibition. Defence manufacturing giants from the US, UK, France, Russia and South Korea will participate in DefExpo 2020. The Modi government along with the Uttar Pradesh administration are billing this as the most grand exhibition in terms of area, number of participants and revenue. This the first time that Lucknow is hosting the DefExpo.

According to the officials, over 39 ministers are participating at DefExpo, 20 seminars have been planned by defence industry panels. The live weapon demonstration will include T-90s. The magnificent flypast saw Sukhoi-30s, Tejas, Jaguar and Chinooks. 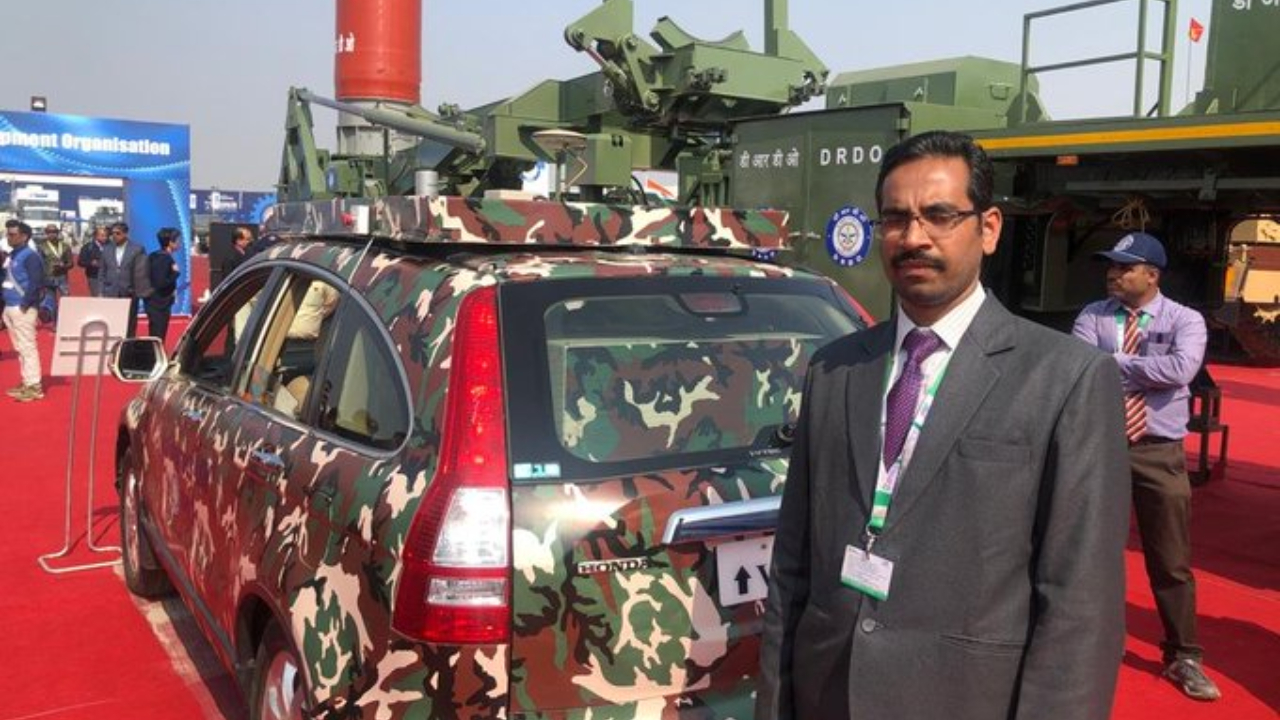 DRDO pavilion displays its 'Unmanned Ground Vehicle' which can be used by security forces in anti-Maoist operations. (ANI/Twitter)

The event will also be a chance for Uttar Pradesh Chief Minister Yogi Adityanath to prove his mettle as an ace event manager. Before this, he was lauded by many for his organisational skills during the Kumbh event. At the curtain raiser, the Uttar Pradesh Chief Minister spoke extensively about the defence corridor. During the curtain raiser, Yogi Adityanath said that, “says state will soon see two Indian made Dornier aircraft on passenger flights, a first for the HAL made aircraft. Flights from Lucknow to Varanasi, Agra. I hear that a lot of hard work has gone into getting civil aviation clearances for the Dorniers.”