PM Modi Inaugurates 'Biggest Ever' DefExpo In Lucknow, Focus On 'Make In India'

Defence Manufacturing Giants From The US, UK, France, Russia And South Korea Will Participate In DefExpo 2020.

Over 1,000 national and international defence firms are participating in the mega DefExpo 2020. (Photo Credit: DefExpo 2020/Facebook)

The stage is set for the ‘biggest ever’ Defence Expo that will be held in Uttar Pradesh’s capital city Lucknow. The DefExpo 2020 will be inaugurated by Prime Minister Narendra Modi shortly. This year’s exhibition will be focussed on showcasing India as a global defence manufacturing hub with special focus on PM Modi’s flagship ‘Make in India’ programme. Over 1,000 national and international defence firms are participating in the mega exhibition. Defence manufacturing giants from the US, UK, France, Russia and South Korea will participate in DefExpo 2020. The Modi government along with the Uttar Pradesh administration are billing this as the most grand exhibition in terms of area, number of participants and revenue. This the first time that Lucknow is hosting the DefExpo.

The buzz is that around 200 MoUs will be signed during the DefExpo 2020. Prime Minister Narendra Modi will inaugurate the exhibition at around 1:30 pm, which will be followed by live demonstration of weapon systems. According to the officials, over 39 ministers are participating at DefExpo, 20 seminars have been planned by defence industry panels. The live weapon demonstration will include T-90s. The magnificent flypast will see Sukhoi-30s, Tejas, Jaguar and Chinooks. 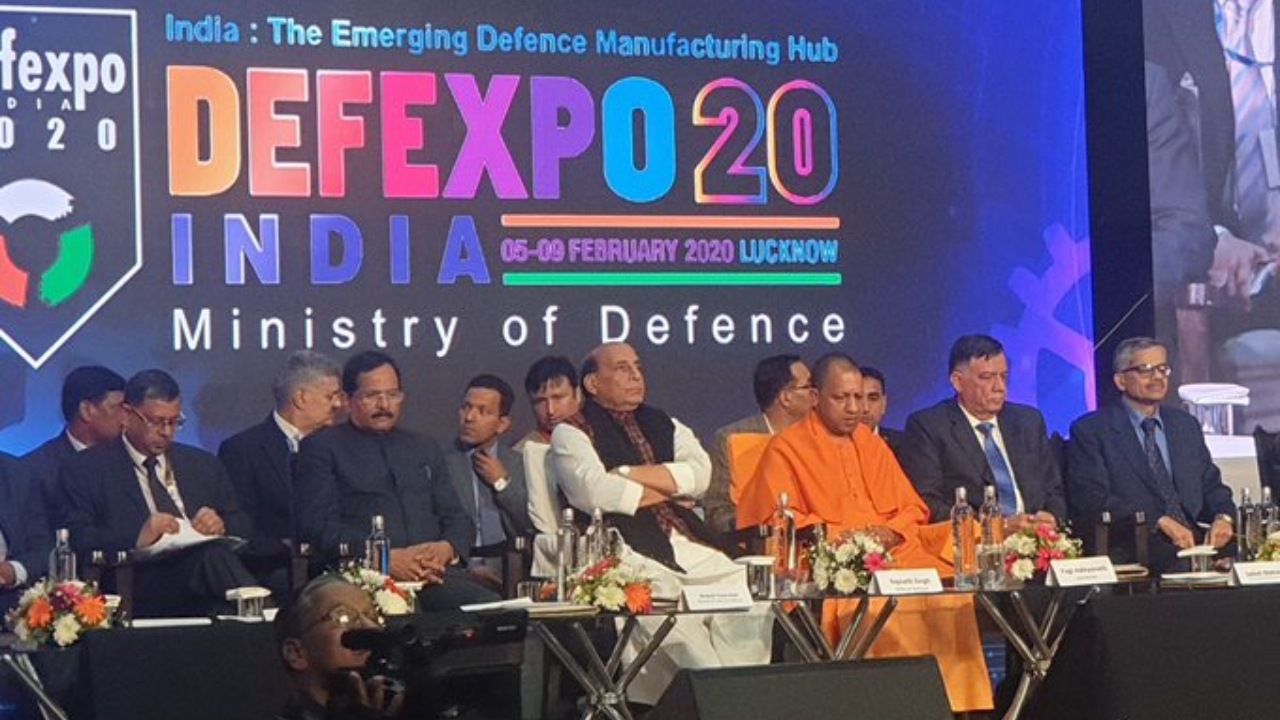 A day before the inauguration, addressing the media during the DefExpo curtain raiser on Tuesday, Union Defence Minister rajnath Singh said that, “aim is to develop India as a defence manufacturing hub. By the end of this decade, I am confident that India will be among the top three economies of the world. India cannot remain an import dependent nation when it comes to defence.”

The event will also be a chance for Uttar Pradesh Chief Minister Yogi Adityanath to prove his mettle as an ace event manager. Before this, he was lauded by many for his organisational skills during the Kumbh event. At the curtain raiser, the Uttar Pradesh Chief Minister spoke extensively about the defence corridor. During the curtain raiser, Yogi Adityanath said that, “says state will soon see two Indian made Dornier aircraft on passenger flights, a first for the HAL made aircraft. Flights from Lucknow to Varanasi, Agra. I hear that a lot of hard work has gone into getting civil aviation clearances for the Dorniers.”

There will be a sizeable UP Pavilion at the DefExpo venue. Apart from displaying industrial prowess and potential for investment, the Adityanath government will also organise cultural programmes showcasing rich cultural heritage of the state.