During His Speech, PM Modi Also Said That It Was Due To Article 370 And 35A, No One Dared To Talk About The Difficulties Faces By The People Of Jammu, Kashmir And Ladakh.

Prime Minister Narendra Modi on Thursday addressed the nation after government altered the special status of Jammu and Kashmir by repealing Article 370 and Article 35A. During his speech, PM Modi said that the new era for Jammu, Kashmir and Ladakh has started. He also added that the dreams of Sardar Patel, Babasaheb Ambedkar, Dr. Syama Prasad Mukherjee, Atal Bihari Vajpayee and crores of patriots have been fulfilled.

“As a nation, as a family, you, we, the whole country have taken a historic decision. A system, due to which our siblings of Jammu and Kashmir and Ladakh were deprived of many rights, which was a major hindrance in their development, they have now gone away,” PM Modi said.

During his speech, PM Modi also said that it was due to Article 370 and 35A, no one dared to talk about the difficulties faces by the people of Jammu, Kashmir and Ladakh. "There were obstacles to the development of the people of Kashmir all these years. Our efforts have removed those hindrances," says PM Modi said.

Emphasising Union Minister Amit Shah's remark that Jammu and Kashmir will only be a Union Territory "for the time being", PM Modi said "This was a step taken after a lot of thought... we won't need to continue UT status for very long".

Terming government’s decision as historic, PM Modi said it is the beginning of a "new era" when all citizens have equal rights and responsibilities. 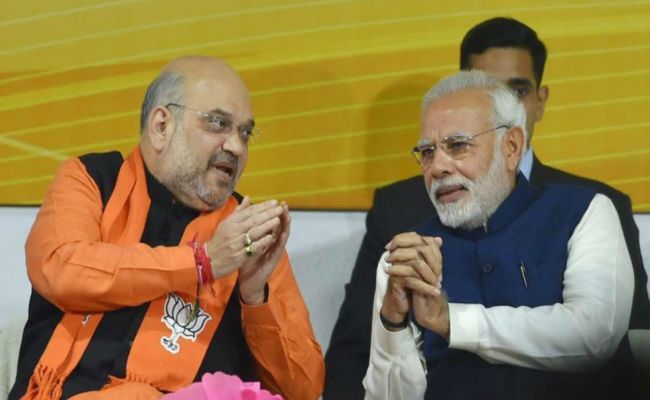 Indian laws -- which protect the rights of a billion people -- will now be available to the people of Jammu and Kashmir, which had its own penal code - the Ranbir Penal Code - as part of its special status. "1.5 crore people never benefitted from the country's laws," he said.

PM Modi also promised that all the vacant posts in the newly carved Union Territory of Jammu and Kashmir and Ladakh will be filled in immediate future.  "Just like Panchayat elections, Jammu & Kashmir will also see Assembly Elections. Soon there will be an elected chief minister, an elected MLA." "As J&K will see more and more development. I do not think it will remain Union Territory for long. Ladakh will remain the UT," PM Modi said.

"I would like to assure people of Jammu and Kashmir that complete transparency will be shown," PM Modi promised. PM Modi also assured the people that soon there will be elections in the state. "You will have a complete right to elect your leaders." However, the biggest highlight of Prime Minister Modi's speech was the promise of more jobs and development. "Soon all the posts that are lying vacant will be filled. The state will see more jobs with more development," PM Modi said.