Ripu Daman Belvi, Who Combines Swachh Bharat And Khelo India In His Very Own Style Of Plogging, Which Means Picking Up Thrash While Jogging And Running.

Recently, during the informal summit between Chinese President Xi Jingping and Indian Prime Minister Narendra Modi in Mamallapuram, there was a video which became a major talking point. In a three-minute video shared by the Prime Minister on his Twitter handle, PM Modi was seen picking up plastic litter, water bottles and other waste from a beach during his morning walk. Modi was indulging in plogging, which means picking up trash such as used plastic bottles while jogging or running. In his own way, PM Modi is trying to change India's attitude when it comes to cleanliness.

However, there is a driving force behind Modi's recent plogging in Mamallapuram. This individual is a long-distance runner, had a tech start-up but he decided to leave it. He had only one mission - which was to make India litter-free in any way possible. Such has been his success that his efforts were mentioned by Prime Minister Modi in the 'Mann ki Baat' radio show on September 29. Plogging was started in 2016 by Erik Ahlstrom in the town of Are in 2016. In India, it is being led by Ripu Daman Bevli.

Plogging at a beach in Mamallapuram this morning. It lasted for over 30 minutes.

Also handed over my ‘collection’ to Jeyaraj, who is a part of the hotel staff.

Let us ensure our public places are clean and tidy!

Let us also ensure we remain fit and healthy. pic.twitter.com/qBHLTxtM9y

Basically, the simple explanation of plogging, when it comes to the Indian landscape is it combines the two aspects of Swachh Bharat Abhiyan and Khelo India. Ripu Daman is a runner and he has made it a point to make India litter free through several plogging runs in various cities. Speaking exclusively to News Nation, Ripu Daman outlined his mission statement and said why he was into plogging ahead of the Kolkata Half-Marathon where he was going to run and clean the city of Kolkata after the Durga Puja festivities.

India has had a convininent attitude when it comes to cleanliness. Majority of Indians would keep their house spotlessly clean but when it came to streets and the broader localities, they would not hesitate to dirty it or throw garbage freely. Slowly, the mindset is changing in the times of Swachh Bharat Abhiyan. Ripu Daman explained the basic reason why Indian society is so convininent when it comes to cleanliness. He said instant gratification and consumerism are the two big enemies when one wants to be environmentally active. 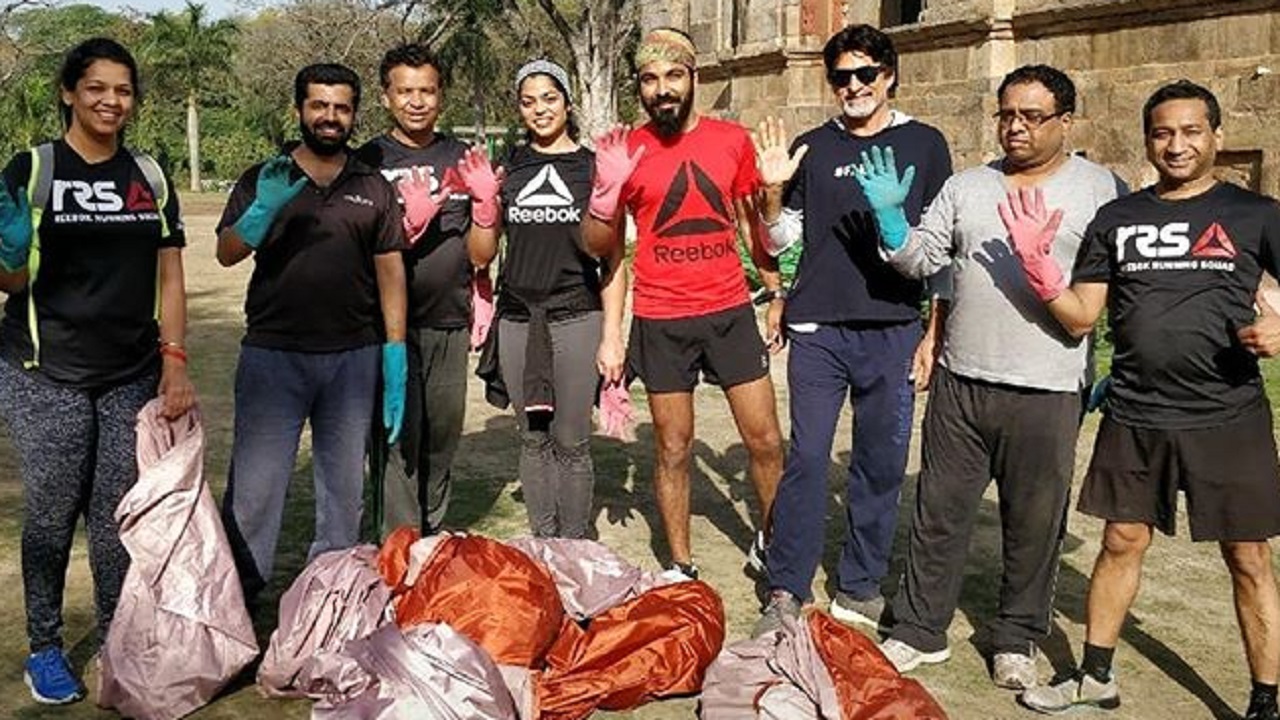 "In the India that I saw in the 90s, our parents, including me, when we went to the market, we used to carry our own jhola. In shopping, we would be responsible. There was nothing else. Suddenly, these plastic bags and polythene bags came up. We were entitled for instant gratification and we felt why we need to carry it. Cold drinks used to come in glass bottles. why I am referring to glass bottles? We used to pay a rent or deposit. We used to take the glass bottle home, drink it and get it back to the shop. The shop would send it back to the manufacturer clean, refilled and then would be back. There was a circular economy going on which ensured we did not generate waste. Now, PET bottles are a concept which we started hearing in the mid-90s. It suddenly took over our lives and we did not anything outside of PET bottles," Ripu Daman added.

The whole perception of litter and cleaning up has been totally misplaced in India and he cited the ban on plastic. Ripu Daman said plastic was not actually the villain and that the focus has not been on single use items which are the biggest contributors to waste. "I don't believe that plastic is the villain. I am talking about single use anything. When you do single use anything, you are creating waste that is creating litter, pollution, that is going to the sewers, oceans and that is going into our landfills. The waste that we are generating is the major villain. Not just the plastic. Single use anything is bad," Ripu Daman said.

Ripu Daman states change comes from within and if 1.3 billion Indians can make small changes in their lifestyles, it can go a long way in ensuring that India can become litter free soon. 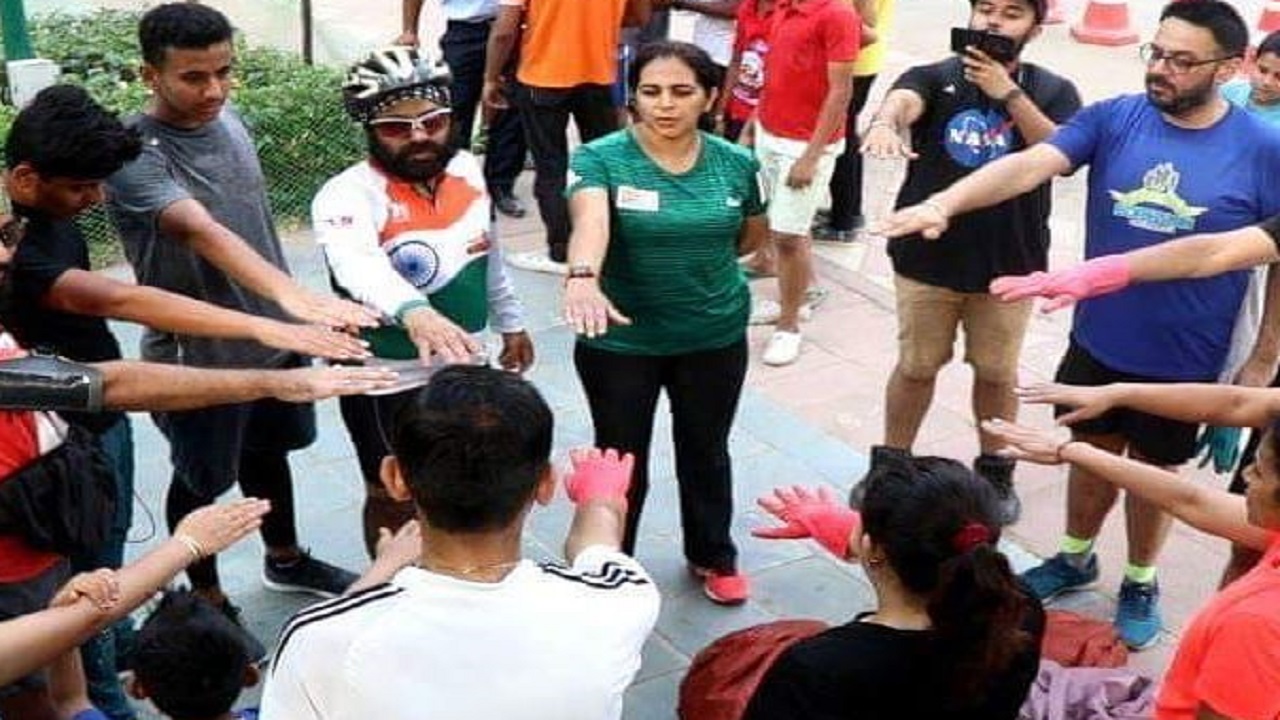 Ripu Daman does his entire plogging work on ground and does not have a big social media presence. (Image credit: Ploggers of India Instagram)

"I am sure we can take small measures within the luxury of our homes to carry small bottles, by carrying our own jhola and saying no to single use anything, be it single use plastic or straws. Straws are important because I feel straws are stupid. We drink all kinds of shakes and nimbu pani at home and we do not even think of using a straw. Take one step outside of the home and we need a straw to drink. Why is that? The question needs to be asked by every person. I feel it is instant gratification. If people can realise that, they will be aware that straws are actually not needed," Ripu Daman said.

In the past, there has been lot of clean-up drives organised by plenty of organisations and endorsed by celebrities. However, Ripu Daman totally shuns the idea of big clean-up drives, stating this core objective was to do something on the ground. "I did not want these huge clean-ups where media comes, a lot of buzz happens, thousands of people come for selfies, photo-ops, go back home and then everything goes back to square one the next day. I wanted to work on the ground," Ripu Daman said.

With his mission following on the old pattern of being a lone soldier and spreading awareness through word of mouth, Ripu Daman is hoping that he can get the co-operation of 1.3 billion Indians. In the beginning, he did not even have a social media presence but with the movement growing, he had to come on social media to spread the message.

"We had a limited presence on Facebook, extremely limited on Instagram and absolutely no presence on Twitter. I don't have a team operating it. I am just doing out of passion. I am boot-strapping this mission. I have left my tech start-up to fully devote m time and energy for this. I do not have much money to build a team. People join as volunteers. My aim was to work on the ground. Now because of this mission, we decided to have a presence on Twitter," Ripu Daman said.

Is Ripu Daman confident that his mission to see India litter-free will bear fruit? He belives so and the Prime Minister's endorsement on 'Mann ki Baat' has gone a long way in boosting his mission and highlights that it is very simple to stop littering. "What I set out to do a couple of years ago back was to take a simple message, persevere with it and take it to every nook and corner of the country. That goal will be achieved. I do not want people to change their lifestyle. I do not want them devoted to a clean-up. I just want them to understand how simple it is to stop littering and change their attitude towards litter," Ripu Daman signed off.