Imam, Who Was One Of The Initial Organisers Of Shaheen Bagh Protests, Has Been Asked To Appear Before The Proctorial Committee By February 3.

Jahanabad police has detained a brother of JNU student and co-coordinator of Shaheen Bagh protests Sharjeel Imam as raids are being conducted by Delhi Police in the national capital, Mumbai, Patna to arrest him for his ‘cut off Assam from India’ remark. A case of sedition has been lodged against him for the speech he delivered on the Aligarh Muslim University (AMU) campus on January 16.

A case under IPC sections 124 (offence by words, either spoken or written causes disaffection against the government), 153 (promoting enmity between different religious groups with an intent to create disharmony) and 505 (statements conducing to public mischief) has been registered against Imam.

Sharjeel Imam, one of co-ordinators of the Shaheen Bagh protest, was heard saying in an audio clip that Assam should be cut off from the rest of India and taught a lesson, as Bengalis - both Hindus and Muslims - are being killed or put into detention centres. He reportedly said that if he can organise five lakh people, it would become possible to “permanently cut off Assam with rest of India...if not permanently, then at least for a few months”. 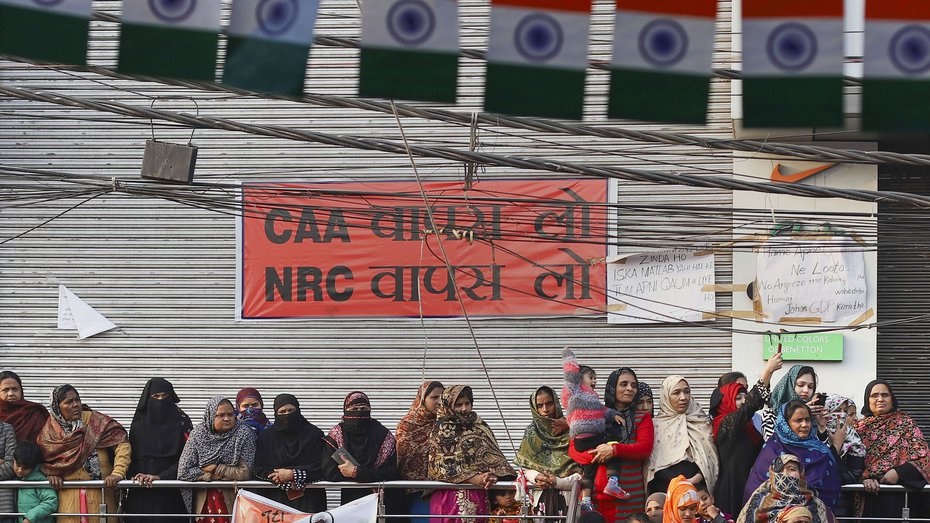 Women during a protest against the Citizenship (Amendment) Act and National Register of Citizens, at Shaheen Bagh in New Delhi (Image Credit: PTI)

The Jawaharlal Nehru University (JNU) chief proctor has summoned the research scholar to appear before him and explain his position on the alleged provocative speeches made by him.

Imam, who was one of the initial organisers of Shaheen Bagh protests, has been asked to appear before the Proctorial Committee by February 3.

“A security report dated January 27 against Sharjeel Imam, has been received in the Chief Proctor's office from the Office of Chief Security Officer. The report has cited media reports saying Imam made provocative speeches at Aligarh Muslim University threatening the unity, integrity and sovereignty of the country upheld by the constitution," JNU Registrar Pramod Kumar said.

“The report also refers to several FIRs lodged against Imam by police of Delhi, Uttar Pradesh and some other states,” he added.

Meanwhile, AIMIM chief and Hyderabad MP Asaduddin Owaisi has slammed Sharjeel Imam for his "cut off Assam" remark saying 'India was not a chicken's neck that can be broken or separated'.

Condemning his statement, Owaisi on Saturday said that 'no one can break India or any of its region'. "India is a nation and not a chicken's neck that can be separated or broken. I do not accept such statements. I condemn it," said Owaisi.