Former president and Congress veteran Pranab Mukherjee has been conferred with the Bharat Ratna award at a function held at the Rashtrapati Bhavan in New Delhi on Thursday. Apart from Mukherjee, late Bharatiya Jana Sangh leader Nanaji Deshmukh and late singer Bhupen Hazarika were also honoured with the country's highest civilian award posthumously.

President Ram Nath Kovind gave the award to Mukherjee, Hazarika's son Tej and Virenderjeet Singh and a close relative of Deshmukh at the mega event this evening. After being conferred with the award, Mukherjee exchanged greetings with Prime Minister Narendra Modi and Vice President M Venkaikah Naidu. 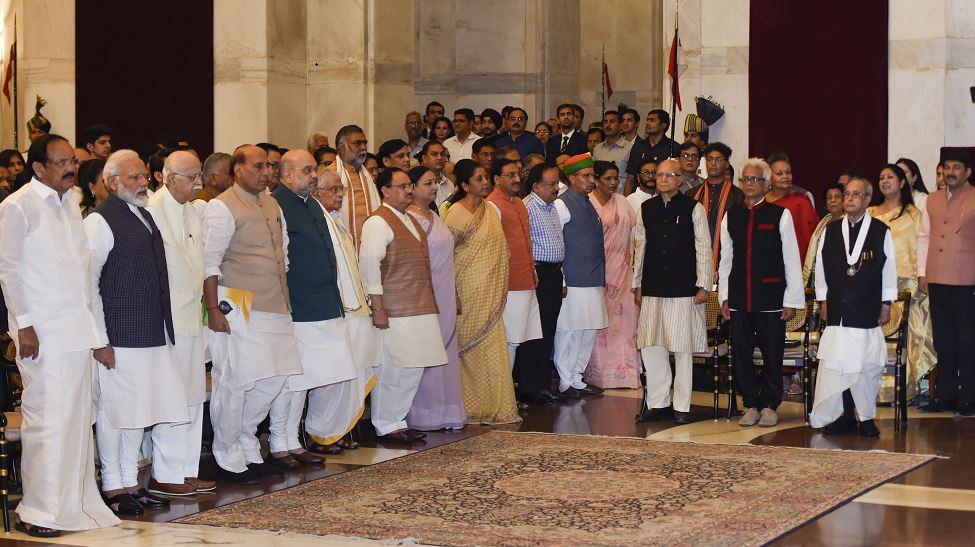 Mukherjee was selected for Bharat Ratna in January of 2019. The announcement had been made in a statement issued by the Rashtrapati Bhavan which also said the award would be given posthumously to social activist Nanaji Deshmukh and noted Assamese singer Bhupen Hazarika.

Shortly afterwards, Prime Minister Narendra Modi took to Twitter and congratulated the former president for his significant contribution to the development of India.

"Pranab Da is an outstanding statesman of our times. He has served the nation selflessly and tirelessly for decades, leaving a strong imprint on the nation's growth trajectory. His wisdom and intellect have few parallels. Delighted that he has been conferred the Bharat Ratna," Modi tweeted.

Mukherjee was also congratulated by then Congress president Rahul Gandhi for his achievement. "Congratulations to Pranab Da on being awarded the Bharat Ratna! The Congress Party takes great pride in the fact that the immense contribution to public service and nation-building of one of our own, has been recognised and honoured," the Gandhi scion wrote on Twitter.

Born in 1935, the veteran politician stepped into his political career back in 1969 and has served as a Rajya Sabha member with a Congress ticket for four times. The Congress stalwart has occupied several ministerial portfolios in the Government of India including the Ministry of Finnance. He became the 13th President of India on July 25, 2012 after resigning as the Finance Minister which he served between 2009 and 2012.

Mukherjee studied at Suri Vidyasagar College and later pursued advanced degree in history and political science as well as in law. He married Suvra Mukherjee, who hailed from Narail in Bangladesh, and migrated to Kolkata at the age of 10.