Referring To Abdullahs And Mufti, Singh Said, "I Also Pray That Once They Are Out, They Work And Contribute Towards The Improvement Of The Situation In Kashmir."

Rajnath Singh said that certain steps had been taken in the interests of Kashmir and that everybody should welcome it. (Photo Credit: PTI)

Union Defence Minister Rajnath Singh said on Saturday that he ‘prays’ for the early release of former Jammu and Kashmir Chief Ministers Farooq Abdullah, Omar Abdullah and Mehbooba Mufti. Singh said he hopes that they will contribute normalizing situation in Kashmir, news agency IANS reported. "Kashmir has been peaceful. The situation is improving rapidly. Along with the improvement, these decisions (release of politicians from detention) will also be finalized. The government has not tortured anyone," IANS quoted Rajnath Singh as saying.

Referring to Abdullahs and Mufti, Singh added: "I also pray that once they are out, they work and contribute towards improvement of the situation in Kashmir."

The Defence Minister said that certain steps had been taken in the interests of Kashmir and that everybody should welcome it. 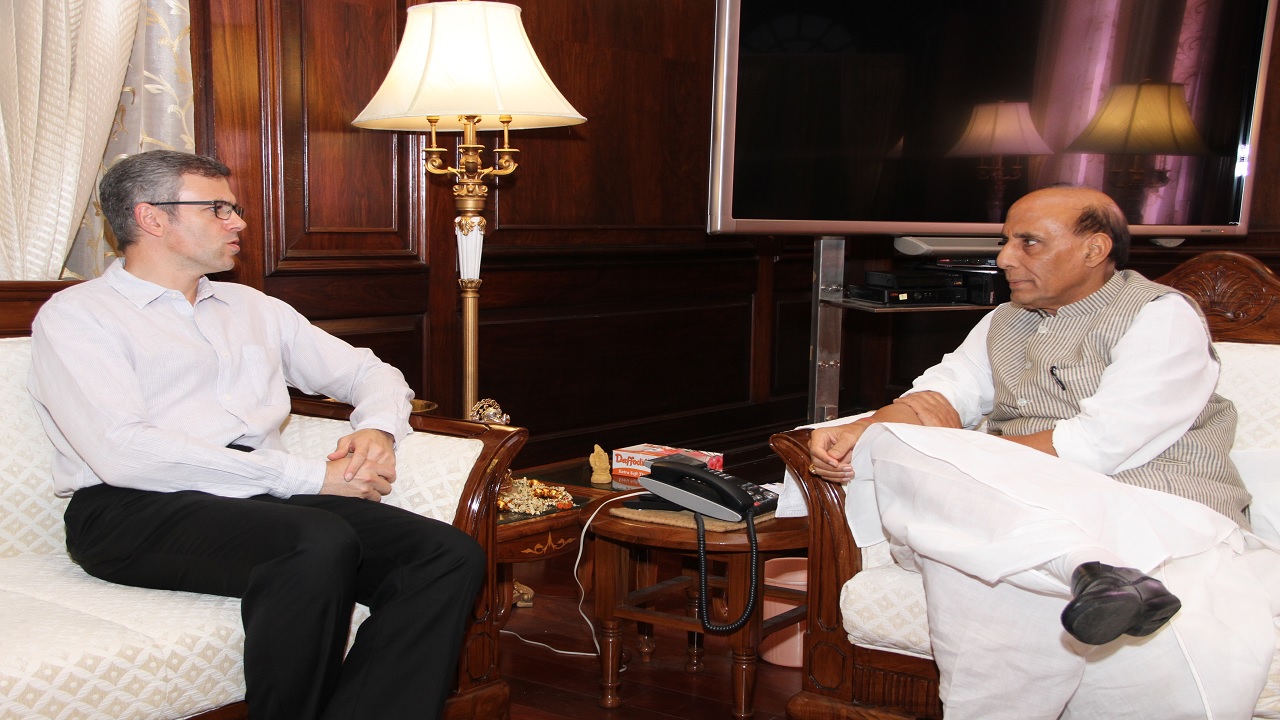 Mehbooba Mufti and Omar Abdullah have been booked under the stringent Public Safety Act (PSA) by the administration. National Conference (NC) general secretary and former minister Ali Mohammed Sagar, who wields a support base in downtown city, was also served with a PSA notice public order by the authorities.

Both Sagar and Madani were detained in the aftermath of August 5 crackdown by the Centre on politicians following the abrogation of the special status of the erstwhile state, besides its bifurcation into two union territories.

Mainstream parties have reacted sharply to the slapping of the stringent Public Safety Act (PSA) on Kashmiri politicians and said the move belies the Centre's claim of normalcy in the union territory.

Reacting to the development, the People's Democratic Party (PDP) said the BJP-led government at the Centre is "testing the patience" of the people by such "undemocratic moves".

Jammu and Kashmir unit of the CPI(M) also condemned the slapping of the PSA on the prominent Kashmiri leaders, while the Congress termed the decision as "unfortunate".