Home Minister Rajnath Singh chaired an all-party meeting in parliament on Saturday over the Pulwama terror attack in which 40 CRPF personnel were killed on Thursday. The Pakistan-based Jaish-e-Mohammed (JeM) claimed responsibility for the attack. A resolution towards standing together to fight terrorism was passed.

“We stand united in solidarity with our security forces in fighting terrorism, defending India's unity and integrity,” the all-party resolution read. “We condemn terrorism in all forms and the support being given to it from across the border, says resolution passed at all-party meeting”, and the resolution also mentioned that terrorism was being actively encouraged by forces from across the border, and India has displayed firmness, resilience in tackling it. 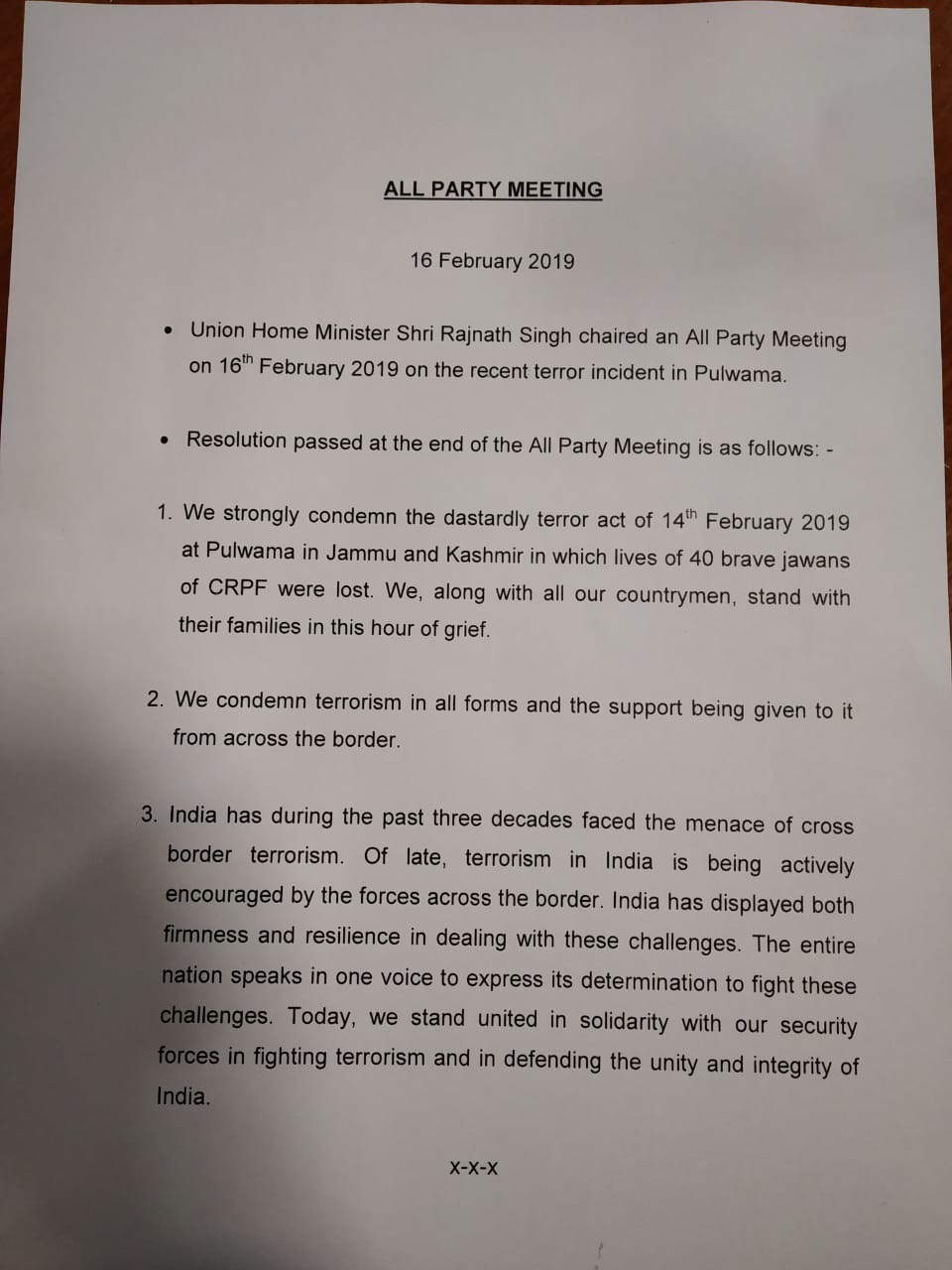 A copy of the all-party resolution over the Pulwama terror attack.

Rajnath Singh said that the country is distraught and resentful. While some people with terrorism, the people of our country are with us. A zero-tolerance policy against terrorism continues and we will work together towards eradicating terrorism from Jammu and Kashmir.

After the all-party meet, Congress leader Ghulam Nabi Azad said, “We clarified what Congress President Rahul Gandhi has repeatedly said. The country is in mourning and is angry. Our party has decided that we will stand firmly with our security force and the government. There are various differences with the government but we stand with them to end terrorism. In today's meeting, the leaders of both Houses of Parliament were called. We requested the home minister that the prime minister should convene a meeting of all the chiefs of national and regional parties.”

Urging the government to take stern action against the attack, Shiv Sena leader Sanjay Raut, said, "Resolutions were passed after Pathankot and Uri attack also. We have told them (central government) that they should now take action."