Despite The Efforts Of Opposition Parties To Join Hands Against BJP, Delhi Always Witnessed A Three-way Battle Owing To CM Arvind Kejriwal’s Tussle With The Congress.

Congress president Rahul Gandhi and Delhi Chief Minister Arvind Kejriwal shared the same dais at a mega rally by agitated farmers at Jantar Mantar in the national capital on Friday. It was a landmark moment in the history of Indian politics as the two leaders used the same platform for the very first time this evening. Earlier, their imperative of taking on the ruling BJP impelled them to be on the same platform several times but they dodged each other to ensure that they don't share the stage together. However, Friday's Kisan Mukti March turned into a show of unity for the Opposition with leaders of over a dozen non-BJP parties, including Gandhi and Kejriwal closing ranks to protest against BJP's apathy towards the sufferings of farmers.

Congress president Rahul Gandhi, Delhi Chief Minister Arvind Kejriwal, former Jammu and Kashmir chief minister Farooq Abdullah, CPI-M chief Sitaram Yechury and NCP supremo Sharad Pawar and other leaders shared the stage and backed the demands of the protesting farmers who started their march towards Parliament from Ramlila grounds around 10.30 am this morning.

While Gandhi appealed to the leaders of all opposition parties to stand united with farmers in ensuring their good future and called for a farm loan waiver, Kejriwal alleged that Prime Minister Narendra Modi has "stabbed farmers in the back" by not fulfilling the promises made to them.

Read | 21 parties on stage, farmers' march in Delhi turns into show of strength for Opposition against Modi

Gandhi said no one can silence the voice of farmers and youth while asserting that if the government insults them, then they will ensure its removal.

"The farmers are not seeking a free gift from the government by asking for a farm loan waiver but are only asking for what is due to them," the Congress chief said, and asked, "If this government can waive Rs 3.5 lakh crore loans of 15 big industrialists, why can't the loans of crores of farmers in the country be waived." 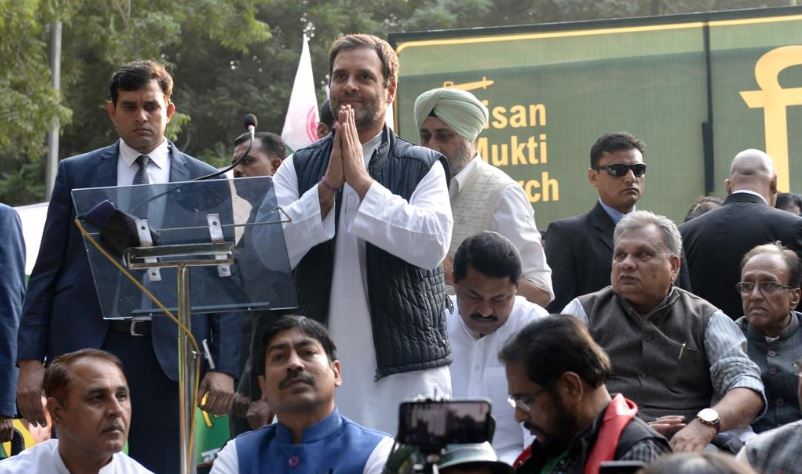 Kejriwal said the government made a lot of promises to farmers in the 2014 elections, but it has not fulfilled them. And, by not implementing the Swaminathan Commission report, Modi Ji has stabbed the farmers in their back (kisano ke peeth mey chhura bhonka hai)." 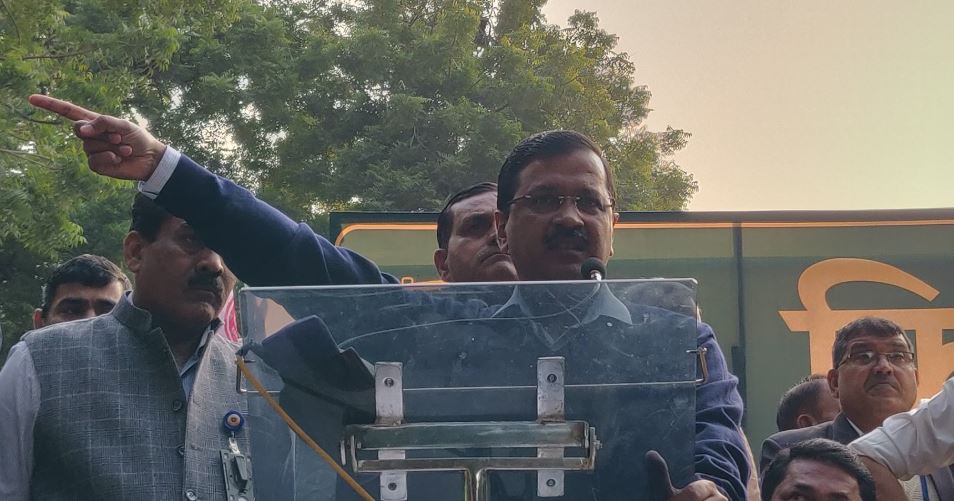 The cold war between the AAP and the Congress came to light ever since the former had in August refused to back opposition candidate BK Hariprasad during the elections for the post of Rajya Sabha Chairman, saying Congress president Rahul Gandhi personally did not seek the party’s support.

"If they (the Congress) ask for our vote, we will oblige. It is meaningless to vote compulsively (for the Congress), if they do not need it," AAP MP Singh told reporters. "If Rahul Gandhi can hug Narendra Modi, why cannot he ask Arvind Kejriwal to support his party's candidate?" he added.

However, now time will tell if Friday's Kisan Mukti March is truly considered a success to resolve differences between the Congress and the AAP.