Chaudhary had campaigned with Delhi BJP chief Manoj Tiwari during Lok Sabha Elections. During the Lok Sabha elections, Chaudhary campaigned in constituencies having a sizeable number of Jat and Purvanchali voters and in rural pockets of northeast, northwest Delhi, south and west parliamentary constituencies. 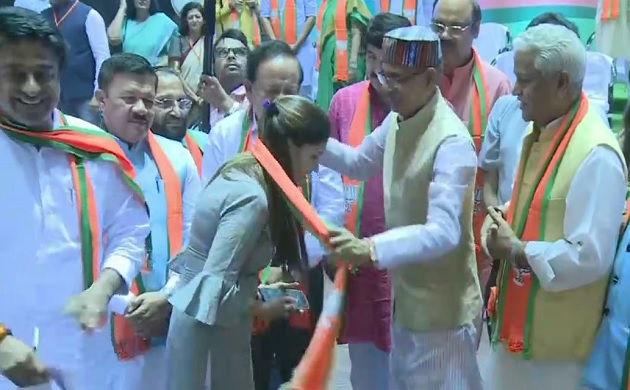 Earlier before Lok Sabha Polls, there were reports that Sapna Chaudhary was joining the Congress after a picture of the singer with Priyanka Gandhi Vadra was tweeted by Raj Babbar. Sapna Chaudhary, however, refuted the claims of her joining the Congress and said the picture was old. "I have not joined the Congress party. My pictures with Priyanka Gandhi are old, as I have met her many times in the past. These pictures are old. The biggest issue is that I have not joined any party," she had told reporters. Now the latest developments have put all speculations to rest.

Sapna Chaudhary is a stage performer and became a sensation following her appearance in Big Boss 11. Her popularity can be gauged from the fact that Choudhary beat Deepika Padukone and Radhika Apte in the list of ‘most searched women online in 2018’. With 1.7 million followers, Choudhary’s glamorous makeover was one of the major Instagram trends in 2018.