The Tuesday Development Comes A Day After Strong Buzz That The NCP Will Be Sacking Ajit Pawar For Anti-party Activities.

In a massive setback for Maharashtra Deputy Chief Minister Ajit Pawar, the Nationalist Congress Party on Tuesday formally appointed Jayant Patil as its legislative party leader. News Nation has learnt that the Maharashtra Assembly officials have also confirmed the same. Maharashtra Assembly’s Secretary Rajendra Bhagwat said that the NCP has formally appointed Patil as its Legislative Party leader. According to the letter submitted by the NCP, now only Jayant Patil will have the whip issuing authority. With this, Ajit Pawar is no longer the Legislative party leader but a simple MLA of the NCP. He has to abide by the whip issued by Jayant Patil should that be the scenario. In case, he fails to do so, he will be disqualified as an MLA under the anti-defection law. 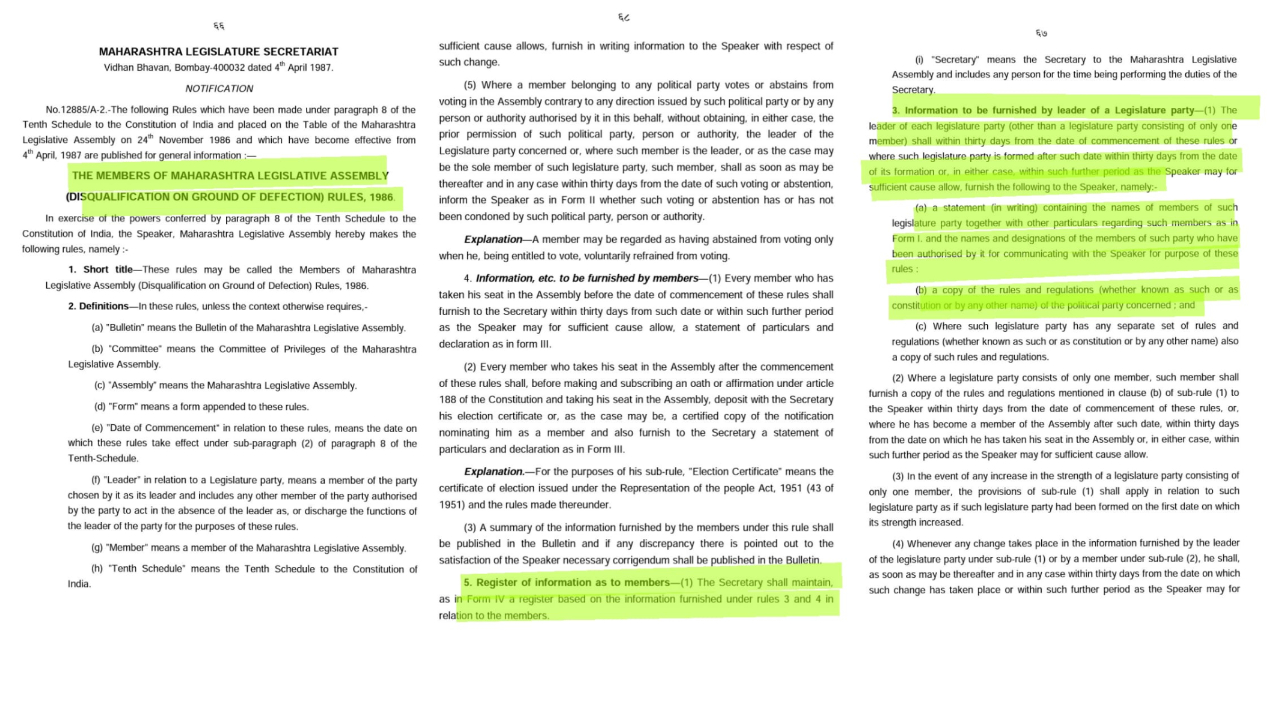 The Tuesday development comes a day after strong buzz that the NCP will be sacking Ajit Pawar for anti-party activities. There were reports that the party’s top leadership have decided to throw Ajit Pawar outside party after numerous efforts to convince him and come back to Sharad Pawar failed. There are reports coming in that the Sharad Pawar camp has given a final warning to Ajit Pawar. In case, he doesn’t return to the fold, he will be sacked from the party, sources said. A disciplinary panel has already prepared a list of Pawar’s anti-party activities. In case, he is sacked, Ajit Pawar will not have any legal status in the party. On Tuesday, Chhagan Bhujbal had met Ajit Pawar at his Mumbai residence. However, the meeting didn’t help in resolving the impasse.

Nationalist Congress Party chief Sharad Pawar on Monday launched a scathing attack against Ajit Pawar and said Ajit mislead the party workers and NCP will take stern action against him. Sharad Pawar was speaking at Mumbai's Grand Hyatt during the NCP-Congress-Shiv Sena's show of strength. Ajit Pawar recently joined hands with the BJP and took oath as Maharashtra deputy chief minister. Pawar also said that all the three parties will form the government in Maharashtra democratically. On Tuesday, during the hearing in the Supreme Court, advocate Maninder Singh, who was representing Ajit Pawar had said, "There is nothing to contradict my list. I was authorised to lend support on the day I gave that letter. I will resolve my inter-party disputes but this petition must end now." Adding to it, Ajit Pawar said, 'I am NCP'.