Facebook-owned WhatsApp Has About 400 Million Users In India.

A day after Narendra Modi government issued notice to messaging giant WhatsApp over the snooping row, the Facebook-owned company said that it had notified relevant ‘Indian authorities’ about it in May this year. News Nation has also found out that the May notification does exist. It was posted by the relevant Indian department on its website. It is still in public domain. A cursory glance at the homepage of CERT-IN, the government agency, which is responsible for the security of the Indian cyber community shows that the May notification was published under the sub-section of ‘Vulnerability Notes’.

‘A vulnerability has been reported in WhatsApp which could be exploited by a remote attacker to execute arbitrary code on the affected system,’ the notification reads. However, the government maintains that it was not informed about the breach. On May notification, the government officials have reportedly said that the May notification was ‘too technical jargon’, which had no mention of Pegasus or privacy threat to Indian users. 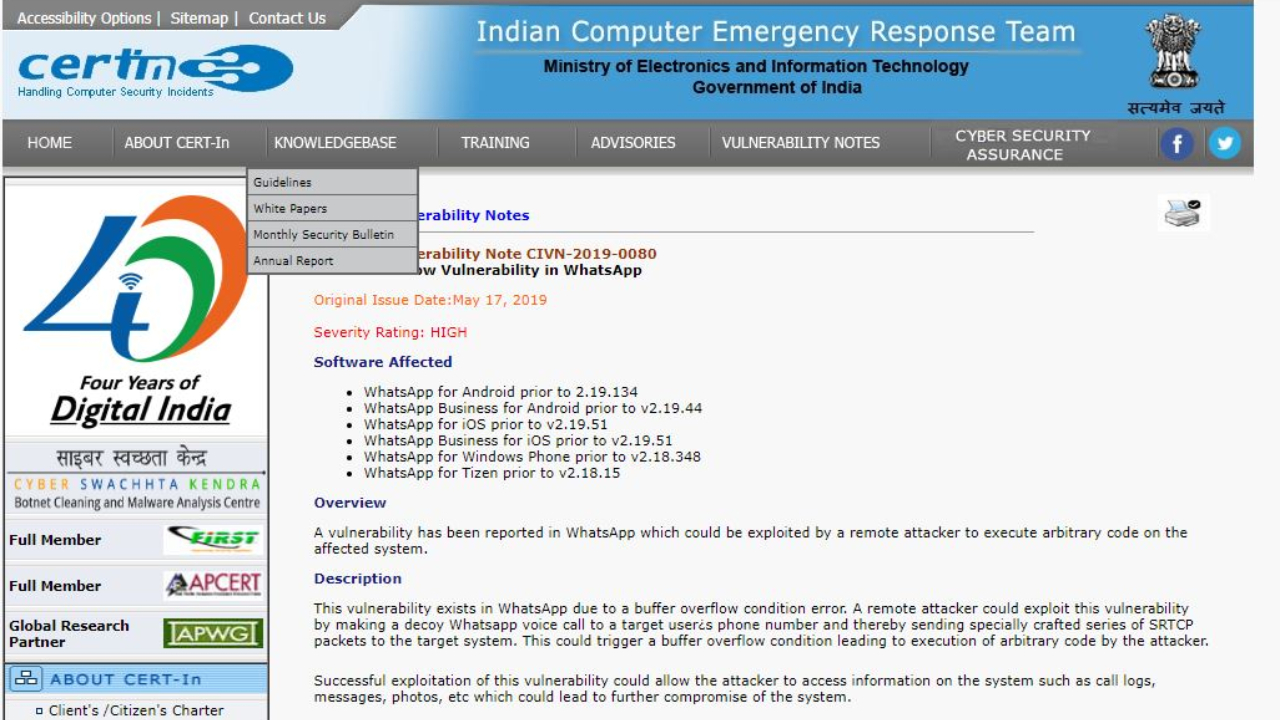 On May 14, News Nation had reported about the security issue in messaging app. In May, WhatsApp had asked users to upgrade the app to the latest version to prevent from major cybersecurity breach. The report clearly mentioned about the threat of Pegasus. “A spyware software called Pegasus owned a private Israeli company NSO Group is said to have taken advantage of WhatsApp’s voice call function to carry out the attack, according to media reports. The security vulnerability affects both iPhone and Android devices,” the May 14 report said.

Meanwhile, a senior government official has said that the latest security incident around WhatsApp could have a bearing on the launch of its digital payment services in India as these systems need to be "fool-proof", PTI reported on Friday. Asked if the Pegasus snooping row could impact WhatsApp's digital payment plans that are still awaiting regulator approvals, the official said the incident will certainly raise question on seriousness of the plans and security aspects, particularly since digital payment is all about fool-proof systems.

The messaging app, which has about 400 million users in India, has been testing its payments service in the country since last year with about a million users. WhatsApp's service will compete against the likes of Paytm, PhonePe and Google Pay as and when it is rolled out nationally in India.