"The job of the government is to maintain peace and tranquility in the country and to protect the constitution, but the current dispension is attacking the people," Sonia Gandhi said. 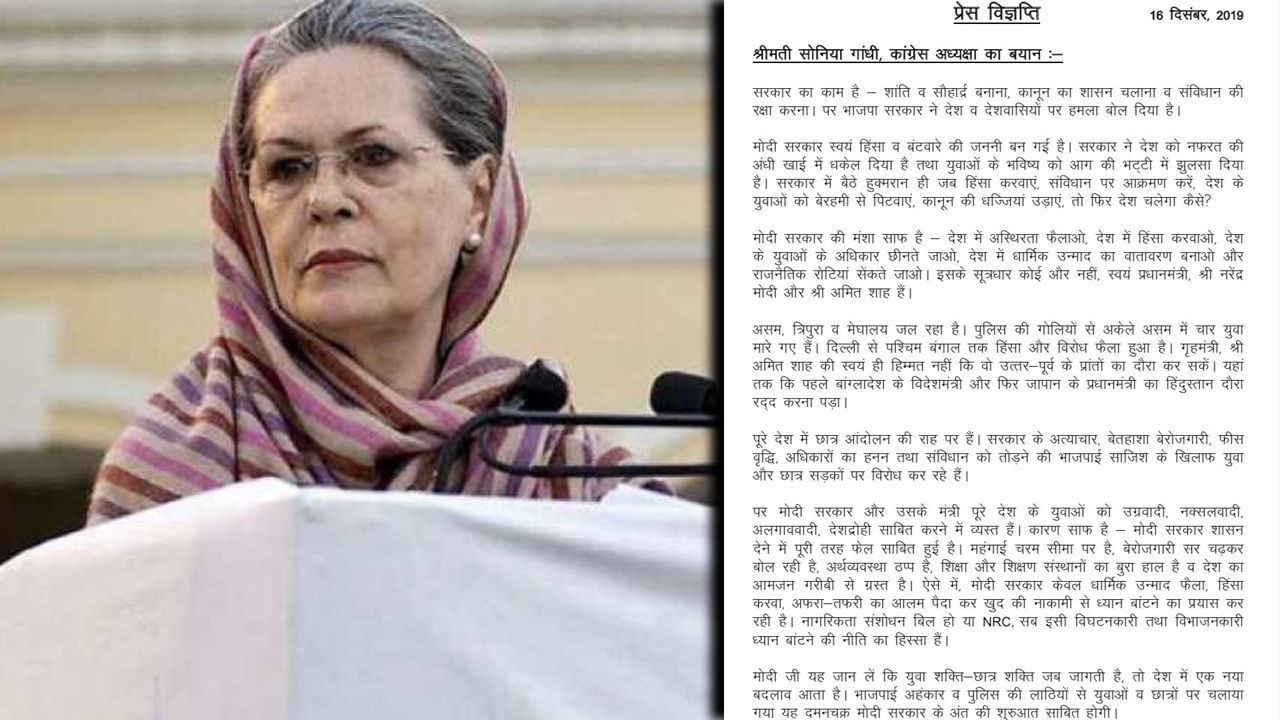 Congress leaders led by Priyanka Gandhi Vadra, on the other hand, also held a sit-in at the India Gate on Monday in a show of solidarity with the students from Jamia Millia Islamia and several other universities across the country protesting the contentious amended citizenship law.

The Congress general secretary was joined by leaders like Ahmed Patel, A K Antony, Ghulam Nabi Azad and Randeep Singh Surjewala, besides hundreds of party workers. Before sitting on the dharna at the India Gate lawns, Priyanka Gandhi cited Delhi Police action against Jamia university students to hit out at the Modi government, saying the atmosphere in the country has become “bad”.

“The country’s atmosphere is bad. Police is entering university to beat up (students). The government has tinkered with the Constitution. We will fight for the Constitution,” she said. Congress spokesperson Surjewala said the two-hour protest, which began at 4 pm, is to express solidarity with students from Jamia Millia Islamia University and other places.

Thousands of students across India took to the streets demanding a probe into the use of teargas inside the Jamia library as well as police entering the campus without permission from university authorities on Sunday. Jamia turned into a battlefield on Sunday as police entered the campus after a protest against the amended citizenship law near the varsity turned violent.

Earlier, Congress and several opposition political parties condemned the alleged police “brutality” against students of Jamia and demanded a judicial inquiry into it. “How could the police enter Jamia and unleash such brutality on the students when the university authorities did not allow the police to enter it,” Azad asked.