Stealth frigate INS Nilgiri, the first ship of the P-17A frigates, was launched at the dockyard of the Mazagon Dock Shipbuilders Limited (MDL) in Mumbai on Saturday. Defence Minister Rajnath Singh's wife Savitri Singh, as part of traditions, launched INS Nilgiri into the sea for further trials.

Besides Rajnath Singh, Chief of Naval Staff Admiral Karambir Singh and other officials were present on the occasion. Launching is a process when a dockyard releases a warship into the sea for the first time and it undergoes various tests.

"Delighted to attend the launch of warship 'Nilgiri'. Today I am feeling immense satisfaction and pride at the launch of the mighty warship ‘Nilgiri’, first of the Project 17 Alpha (P17A) class ships," Singh tweeted after the launch event this morning. 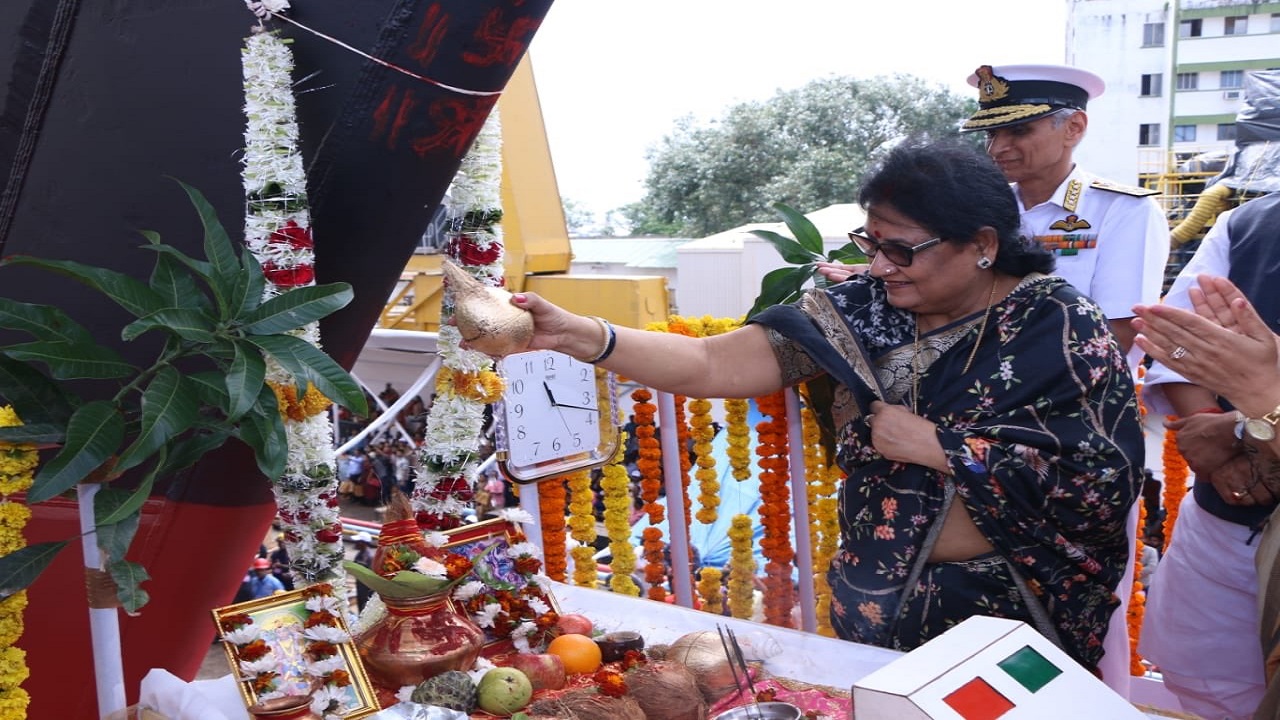 INS Nilgiri is the first in MDL's Project-17 Alfa. It will be followed by some more ships being built by the dockyard. It is a deviation from the existing Shivalik class of frigates, Cmde (retired) Rakesh Anand, CMD of MDL, said. With a launch weight of 2,650 tonnes, INS Nilgiri has been built using an integrated construction methodology, Anand added.

"These ships have been designed indigenously by the Indian Navy's Directorate of Naval Design, New Delhi. The P17A frigates incorporate new design concepts for improved survivability, sea keeping, stealth and ship manoeuvrability," he said. Enhanced stealth features have been achieved, which make these ships difficult to detect, according to Anand.