The Area Has Been Cordoned Off And Is Being Searched Jointly By The J-K Police And The Army.

A terror attack in Jammu and Kashmir's Uri camp was thwarted after the security personnel of Army Artillery unit at Rajarwani some suspicious movement around the camp and opened fire late on Sunday night. The area has been cordoned off and is being searched jointly by the Jammu and Kashmir Police and the Indian Army. According to reports, two people have been detained and being examined in connection with the incident.

The security around the camp has been tightened and all local units of the Amry and the central paramilitary force deployed in the area have been alerted. 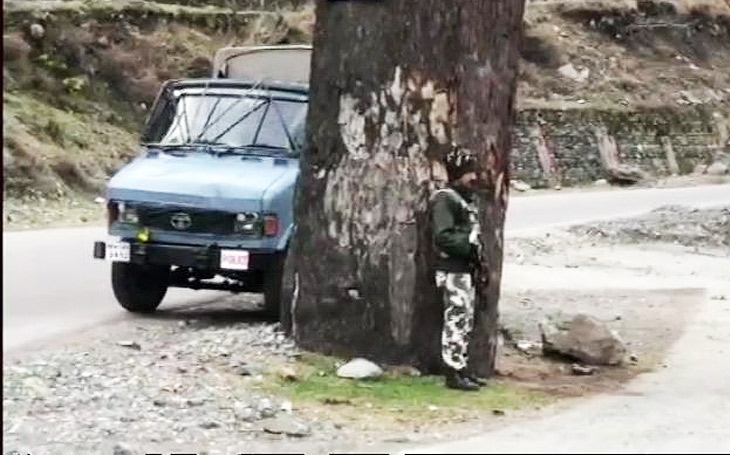 This is a deferred image from the Army Artillery unit at Rajarwani, Uri camp. (Photo: ANI)

In another incident, at least 11 persons were injured after a grenade was hurled on CRPF party near Palladium lane at Lal Chowk in Jammu and Kashmir's Srinagar district on Sunday. Soon after the incident, the injured have been shifted to nearby hospitals and are stable now. As per the latest reports, police has registered a case in this regard and have been working to establish the full circumstances of the incident. The area has been cordoned off.

The incident occurs hours after five terrorists were gunned down in an encounter with security forces Kulgam district. The gunbattle broke out after the ultras opened fire on a search team of the security forces in the district's Kellem village this morning. Weapons and war-like stores have been recovered from the encounter site.