Earlier, The BJP Had Issued A Show-cause Notice To Champion And Suspended Him For Three Months After He Reportedly Misbehaved With Journalists.

The Bharatiya Janata Party (BJP) has expelled the primary membership of its Uttarakhand MLA Kunwar Pranav Singh Champion for six years on the grounds of indiscipline, BJP Rajya Sabha MP and senior leader Anil Baluni informed on Wednesday. A letter signed by BJP national general secretary Arun Singh stated that the party had taken the Khanpur MLA's  indiscipline seriously and decided to expell his primary membership for six years. 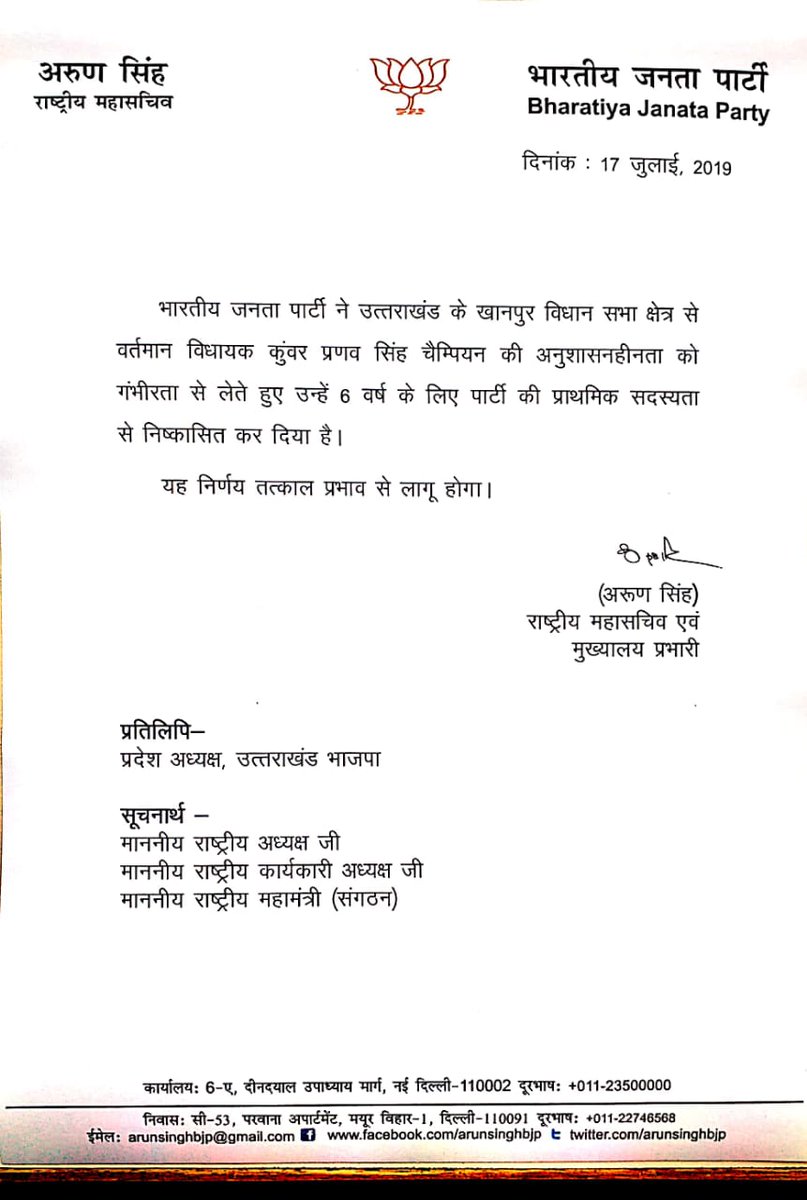 Earlier, the BJP had issued a show-cause notice to Champion and suspended him for three months for allegedly misbehaving with journalists. The banished BJP MLA had threatened journalists and a video of the incident had gone viral on social media. Following the public outrage, the saffron party had taken the action against him.

Last week, another video of the controversial leader brandishing guns and dancing had surfaced. Taking strong exemption of Champion's indisciplined behaviour, BJP Uttarakhand in-charge Shyam Jaju had said that the state leadership has recommended to permanently throw him out of the party.