Zakir Musa, The Chief Of Ansar Ghazwat-ul-Hind, A Group Allegedly Affiliated With Al-Qaeda Was Killed In An Encounter With Security Forces On Thursday In A Village In Tral Of South Kashmir

Zakir Musa, the chief of Ansar Ghazwat-ul-Hind, a group allegedly affiliated with Al-Qaeda was killed in an encounter with security forces on Thursday in a village in Tral of South Kashmir, officials said. One AK-47 rifle and a rocket launcher was recovered from the site of encounter.

Zakir Musa was an Ansar Ghazwat-ul Hind chief and a A++ terrorist. Zakir Musa, a close associate of Burhan Wani who was killed in 2017, was a militant of Hizbul Mujahideen who succeeded Burhan and later headed the Al Qaeda affiliate. He had taken to militancy in 2013. In 2012 he left for Chandigarh to study engineering at Ram Dev Jindal college but left it midway to join militancy. 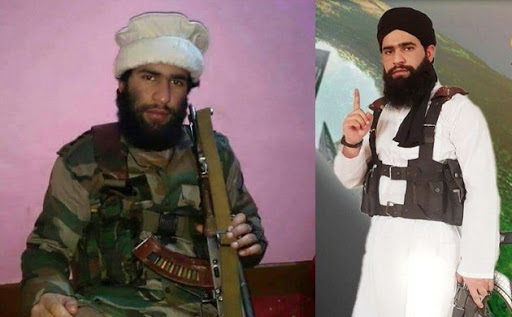 Spontaneous protests broke out in Shopian, Pulwama, Awantipora and downtown Srinagar, with people raising slogans in favour of Musa. Curfew has been imposed in the valley. Mobile Internet services have also been suspended across valley, to avoid any untoward incident.

Senior police officials said security forces had launched a cordon and search operation at Dadsara village and when the terrorists tried to escape a gunfight broke out.

They said efforts were made to make them surrender but the request fell on deaf ears and the holed-up terrorists started lobbing grenades using a launcher.

The officials said more security forces were rushed to the area to prevent the terrorists from escaping under the cover of darkness.

In the meantime, Jammu and Kashmir police announced restrictions in some areas of Pulwama, Awantipora, Srinagar, Anantnag and Budgam as a precautionary measure, they said.

The officials said the decision was made keeping in view the Friday prayer gatherings.