Kareena Kapoor’s blue slit gown is insanely pricey, can you guess its cost?

Kareena Made Yet Another Bomb Appearance In A Metallic Blue Slit Gown.

Kareena Kapoor’s style is to die for! When it comes to wearing an oversized shirt or mom denim or dressing up for a red carpet event, Kareena Kapoor’s sartorial choices are always on point. Recently, Kareena made yet another bomb appearance in a metallic blue slit gown as she rang in the New Year with her family and friends.

The beautiful gown is by Alexander Terekhov and the cost of said dress adorned by the actress might shock you! If you are given a chance to guess the cost of this extravagant outfit, what will it be? In case, you can only count it up to 2-3 Lakhs, the actual price of the dress might make your jaw drop. The actual price tag on the dress is £10,470 which converts to approximately Rs 9,26,249 lakh. 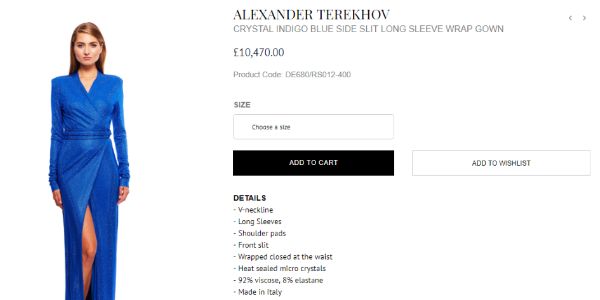 Take a look and sigh!

Along with the gorgeous dress of Begum, the price tag on it needs a thumbs up too! Now, that’s what a million dollar look is made of!

While Kareena’s fashion moments have rarely failed to hit the mark, the actress is also basking in the heat of her upcoming movies. Kareena Kapoor Khan will be seen next in two projects, both of which are backed by Dharma Productions. Kareena is all set to begin shooting for Raj Mehta’s Good News where she is paired opposite Akshay Kumar from December- end, followed by Karan Johar’s magnum opus Takht starring Ranveer Singh, Vicky Kaushal, Janhvi Kapoor, Anil Kapoor and Bhumi Pednekar, which goes on floors next August.