Mona Singh, Who Shot To Prominence For Her Role As Jasmeet Walia In Jassi Jaissi Koi Nahin, Is All Set To Tie The Knot With Her Boyfriend On December 27.

Actress Mona Singh, who shot to prominence for her role as Jasmeet Walia in Jassi Jaissi Koi Nahin, is all set to tie the knot with her boyfriend on December 27. Mona is reportedly dating south Indian investment banker Shyam. The first pictures from her Mehendi ceremony are all over the internet.

The actress looked beautiful in a pink attire and floral jewellery. She was seen posing with Gaurav Gera and other friends at the ceremony. According to a report in Mumbai Mirror, the actor was in a rush to finish all her acting commitments by December 14. Mona, who is currently busy with the next season of Ekta Kapoor’s web show Kehne Ko Humsafar Hain, has reportedly requested them to tweak the show to accommodate her plans.

''The producers were happy to oblige and pushed her schedule up, shooting all of Mona’s portions together, so she could take off for her big day. She will wrap up her scenes in 25 days, with December 14 being her last day on set,” the report quoted a source as saying. 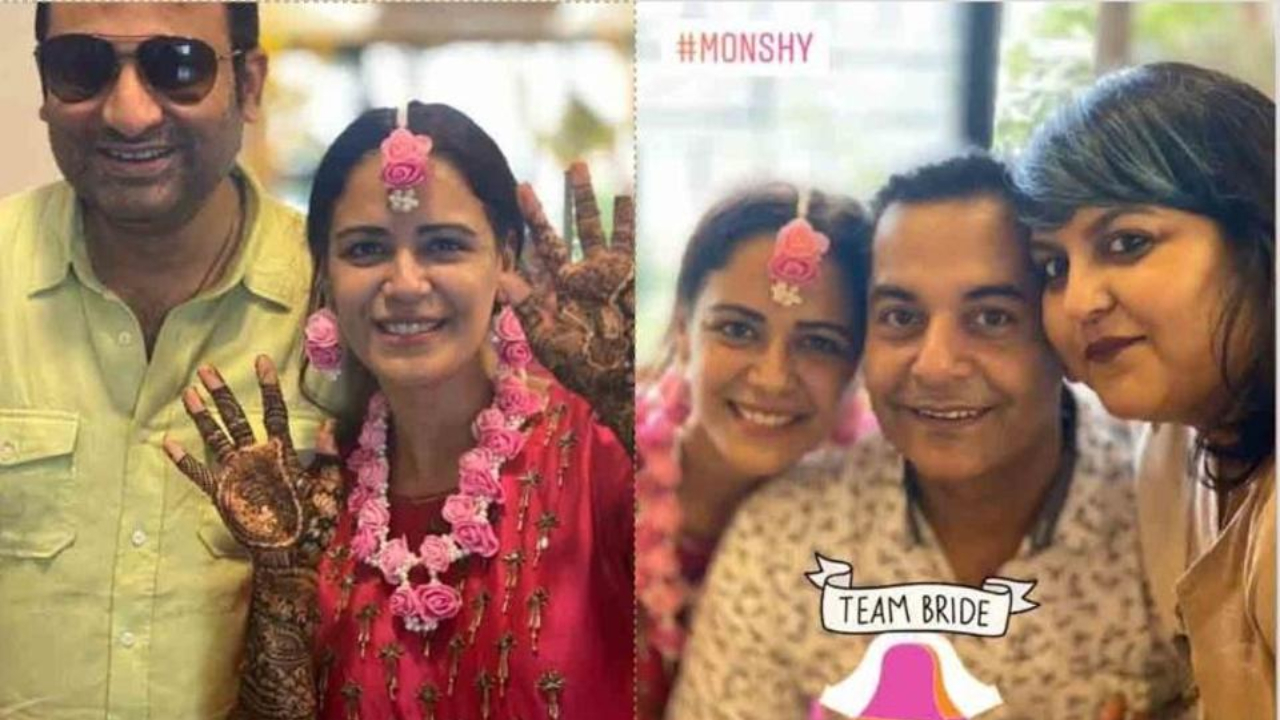 For unversed, Mona was earlier in relationship with Band of Boys fame Karan Oberoi. She was also rumoured to be dating Commando actor Vidyut Jammwal. In a 2018 interview, Mona had talked about her wedding plans and had shared, "I always wanted to get married but I am not dying to get married! My parents are happy to see my work and be independent. Marriage is not the only thing left to do in life. It is for those girls who are not working and are waiting to get married and whose parents think their daughter is a burden."

She had further added, "I am confident that mine will be a love marriage. In love marriages, you at least know your partner. A known devil is better than an unknown one!"

On the work front, Mona has been roped in for Aamir Khan’s Laal Singh Chaddha. For the unversed, Mona Singh played the role of the elder sister of Kareena in 3 idiots whom Aamir as Rancho operated over a Table Tennis table. As per a report in Mid-Day, Mona Singh has come onboard for Laal Singh Chaddha; however, her character details are being kept under wraps.