Holi 2020: The ‘Unholy’ Side Of The Colourful Festival No One Wants To Talk About

A colourful festival for a colourful country, Holi, or the festivals of colours is originally an ancient Hindu festival celebrated to presage the arrival of spring, nature's gift of colour that also promises the budding of new life and harvest. Much like every other gregarious festival that draws families, friends and even strangers to come together, Holi is also observed by Hindus in Bangladesh, Pakistan as well in countries with large Indian subcontinent diaspora populations such as Suriname, Guyana, Trinidad and Tobago, South Africa, Malaysia, the United Kingdom, the United States, Canada, Australia, Mauritius, and Fiji.

What is ironical, however about this colourful festival is that, the festival, also carries a dark-side much like every other big festivals of any other faith, which many choose to conveniently ignore. Without much gibbering, here are some of the dark side of the colourful festival, Holi, that might not be so holy:

Unnecessary water wastage: A ‘believed’ celebration celebrated to celebrate the victory of good over evil, water balloons, pichkaaris, splashing buckets of water is all, but a new addition, an addition that needs to be discussed-about. According to a global report released by non-profit organisation WaterAid, about four billion people around the globe live in water scarce areas out of which one billion are people live in India. The report further adds that out of these billion people, almost 600 million Indians live in areas where water scarcity ranges from high to extreme. Now, if you think wasting over some 150 lakh litres of water in the name of celebration is OK, we need to rethink what celebration really is. 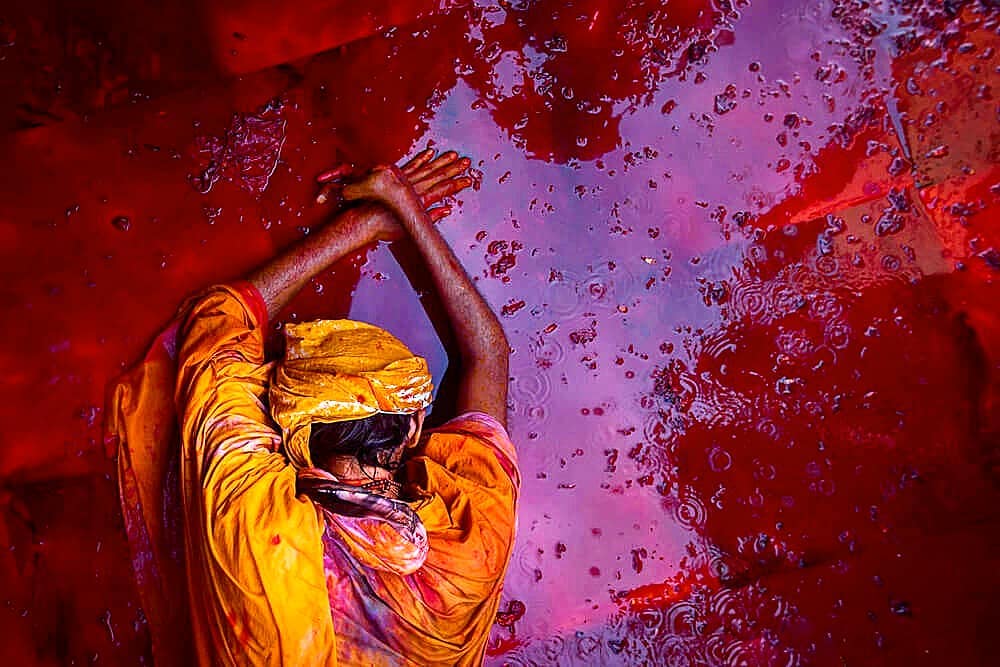 ‘Holi Hai Bura Mat Mano’ as an excuse for sexual molestation: The good old excuse to get away with misdemeanour and sometimes, even sexual molestation, Holi for some, has become a ‘licensed’ day to get away with acts that is in no way appropriate nor lawful. How can anyone forget the 2018 case by a DU student who alleged that she was attacked by two men on a bike who flung the ‘semen-filled balloons’ at her during a bus ride forcing women to take to the streets to protest?

Animals as target of abuse: Unless nature has provided them with yellow, green or pink fur, coat, it is not ‘cute’ nor ‘safe’ to see the fearful, voiceless beings covered in Holi colours. By hurling them the colours on their coat, you are risking their health skin-related diseases as colours of Holi are made from harmful substances that contain metal oxides, lead, mica and sometimes pieces of glass too. 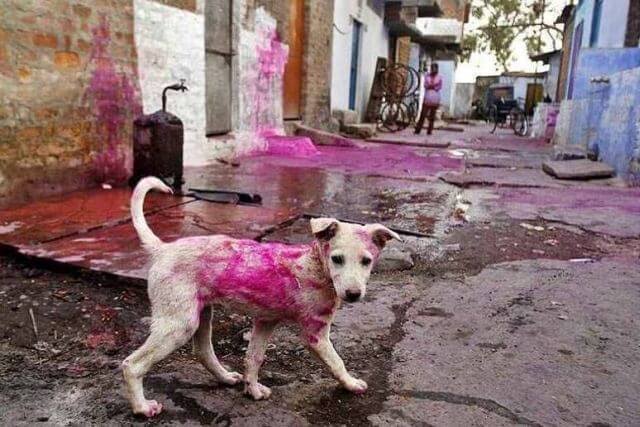 Skin Diseases: Originally or historically, Holi’s colour was derived from nature such as berries, fruits, flowers and the likes which can still be implimented. But, when an easier and quicker way of colour is at our avail at every shop and every footpath, why bother? By resorting to packages of Holi colours that contain substances like mica, glass powder we are risking ourselves to severe skin or hair problems risking our health to eczema, Rhinitis, Pneumonitis, eye infection among several, several others.

The bright colour may be ‘dark’ for the environment: By purchasing the packet of Holi colours, we may be contributing to the commercialization of Holi which means, more deforestation as big companies clear the ground to manufacture chemically prepared colours (Dyes) which are highly toxic for the environment. They are not readily degradable under natural conditions and cannot be removed by conventional wastewater treatment methods.

Researchers Joy Joseph Gardner from University of Rajasthan and Deepanjali Lal from Jaipur National University who studied the effects of colours used during Holi on both water and soil produced some startling results for the colourful compound adding that the artificial colours that are used are highly structured polymers and are next to impossible to decompose biologically.

‘They are not readily degradable under natural conditions and are typically not removed from waste water by conventional waste water treatments’ he said. 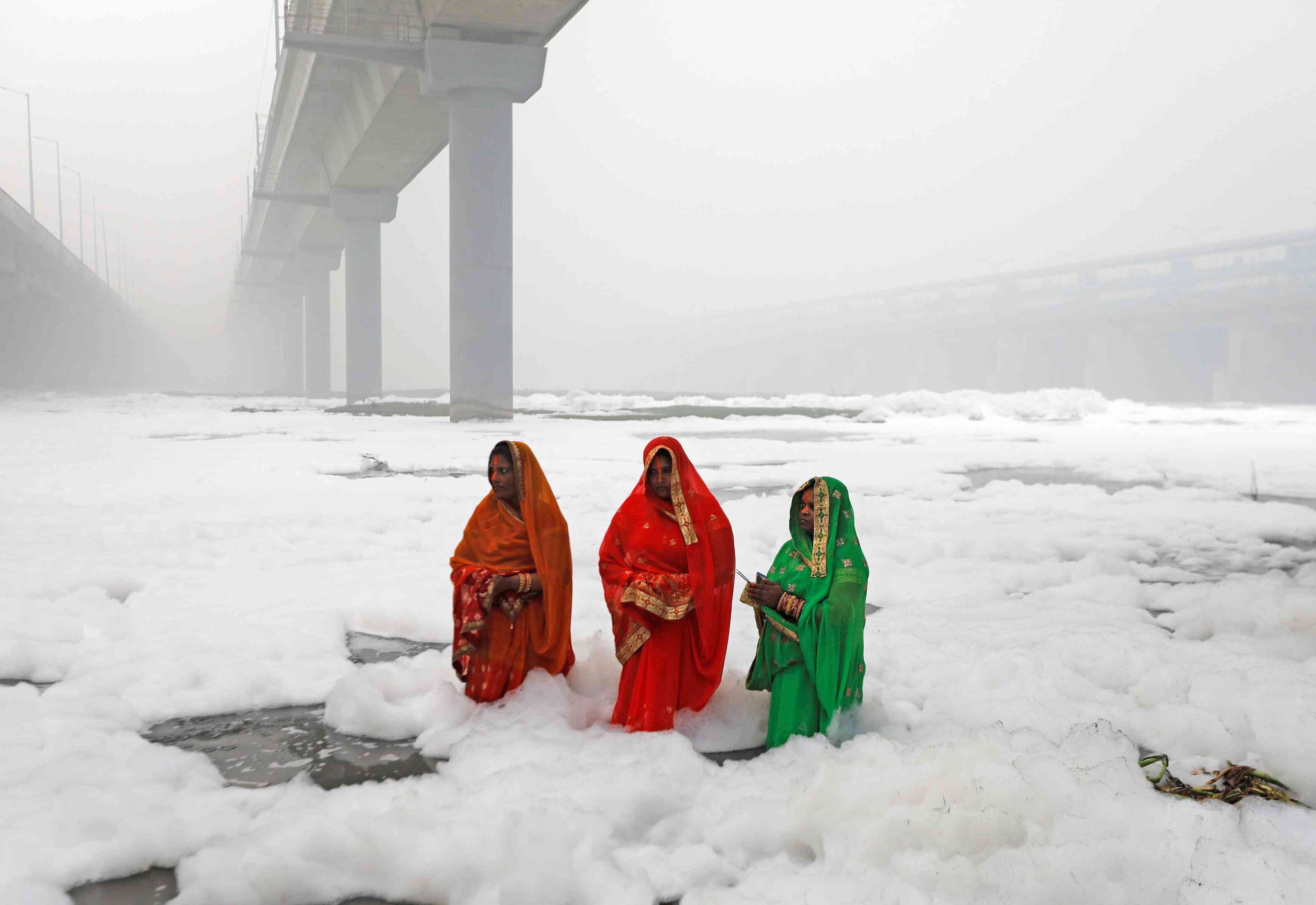