He Has Travelled All The Way From Afghanistan Capital Kabul To Witness The Match At Ekana Stadium, But He Couldn’t Find A Proper Roof To Stay Because Of His Appearance And Height.

Fans of the Afghanistan cricket team were left disappointed after Roston Chase and Shai Hope struck fine half-centuries helping West Indies register a comfortable seven-wicket win over the Rashid Khan-led team in the first ODI of the three-match series in Lucknow on Wednesday.

But there was one Afghanistan fan whose plight grabbed attention after he failed to find an accommodation in the Uttar Pradesh capital. The reason: Sher Khan, whose height is 8 feet and 2 inches, is too tall to fit in an avarage Indian hotel room.

He has travelled all the way from Afghanistan capital Kabul to witness the match at Ekana stadium, but couldn’t find a proper room to stay because of his appearance and height.

According to reports, his troubles came to an end when he sought the police help in the city. He reached the Naka Police Station and explained his problems. The police checked his documents and credentials to give him a proper place to stay. 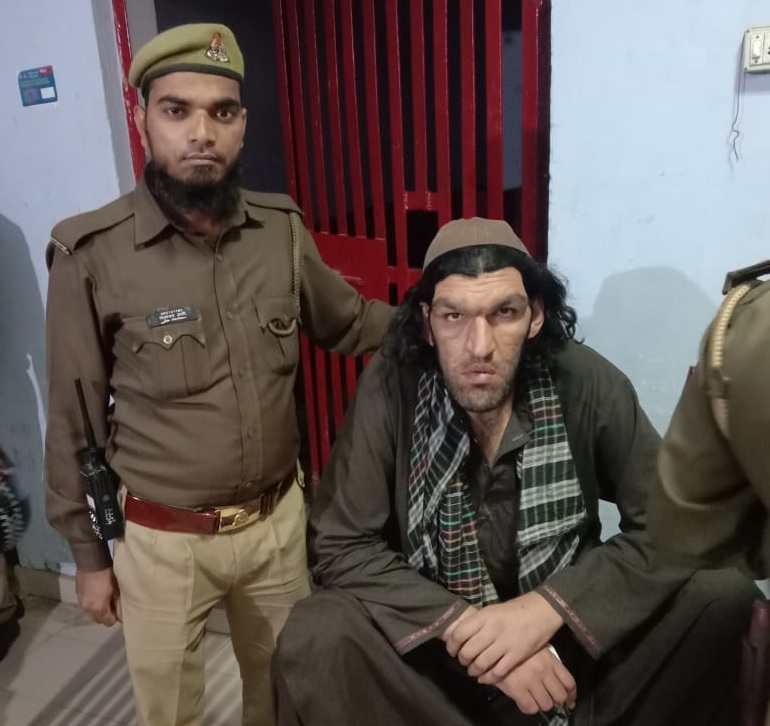 But his joy at finding a room was shortlived as the West Indies breezed to a seven-wicket victory in the first ODI.

Opting to field, West Indies bowlers came up with a fine show to bundle out Afghanistan for 194 in 45.2 overs.

West Indies did not have a bright start to their chase as they lost Evin Lewis (7) and Shimron Hetmyer (3) at the score of 25 in 7.4 overs.

But then, Hope (77 not out) and Chase (94) joined hands and stitched 163 runs for the third wicket to lay the foundation for West Indies victory as they reached 197 for three in 46.3 overs.

Spinner Mujeeb Ur Rahman (2/33) picked up two wickets for Afghanistan. The second ODI of the series will be played at the same venue on Saturday.