Man tries to troll IRCTC for 'vulgar ads' on railway app, the response is EPIC

What Made The Incident More Interesting Was The IRCTC’s Hilarious Response.

Soon after the IRCTC’s tweet, the social media was flooded with memes.

How often do your mobile app is bombarded with unwanted advertisements? Not every ad you see on your Android device is annoying. You may actually be interested in an ad or two you come across, but some apps just take things way too far. Such pop-up ads can be really irritating.

One such incident was highlighted by an user on Thursday when he tweeted to IRCTC’s (Indian Railway Catering and Tourism Corporation) official account on the micro-blogging platform, tagging Piyush Goyal, Minister of Railways of India, along, saying that he was seeing obscene ads on the IRCTC app. He even added screenshots of the ads which were appearing on the app.

But what made the incident more interesting was the IRCTC’s epic response. The tweet, which has now gone viral, said: "Obscene and vulgar ads are very frequently appearing on the IRCTC ticket booking app. This is very embarrassing and irritating @RailMinIndia @IRCTCofficial @PiyushGoyalOffc kindly look into. (sic)" 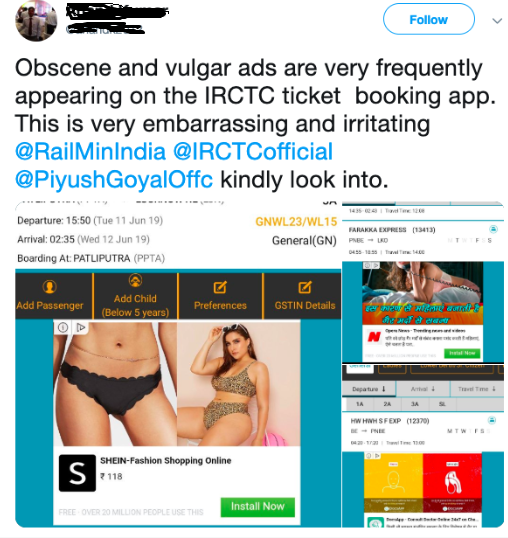 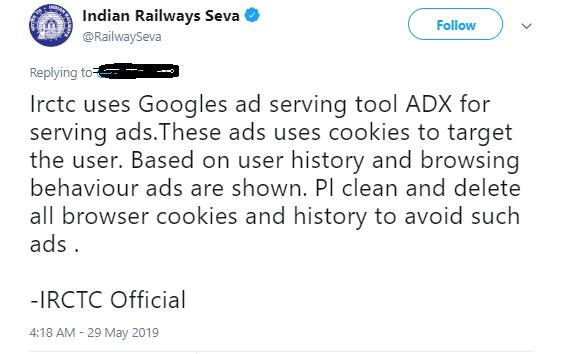 Soon after the IRCTC’s tweet, the social media was flooded with memes. While one Twitter user said, "Best example of - You do it and then blame others for it," another user wrote, "Troll ultimate level."