Footage of a mysterious underwater creature spotted in China's Yangtze River created much havoc recently after it went viral on Chinese social media platforms. Some of the netizens even compared it to the mythical Loch Ness monster of Scotland since it got worldwide attention in 1933.  Evidence of the existence of Loch Ness monster is anecdotal, with a few disputed photographs and sonar readings.

What looked like a long black serpent in the river garnered over 6 million views on Pear Video, sparked many conspiracy theories like Loch Ness of Scotland has.  Some called it as "Three Gorges Water Monster" as it was spotted near the Three Gorges Dam in Hubei province.  While some theories suggested that rise on the population has given birth to that monster, others called it all mythical. Scientists, however, rubbished such theories and called it a giant water snake.

Water #MONSTERS in the Three Gorges? Netizens speculated that the giant mysterious creature might be a fish or a big snake. Experts believe it is unlike living animals, more like floating objects. https://t.co/CGGrfWzckI pic.twitter.com/RCdbaDAvv9

A few days after innumerable speculations, what it turned out to sent all suspicious to rest. The 'creature' was not as formidable as people initially thought - it just a 65-foot-long industrial airbag, reports The Guardian.

Workers at the docks fished out a black tubing - likely a discarded black tube bag from a shipyard, the same underwater thing that was thought to be a monster.  The airbag will soon be disposed of. 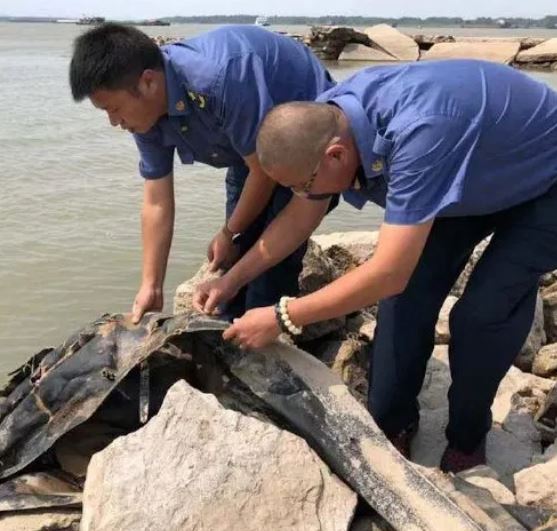 While some observers lamented the end of the tale, and a blow to human iganination, others said local authorities should maintain the mystery.