Radio Pakistan, The National Radio Broadcast Network, Made A Major Goof-up While Tagging The Pakistani Prime Minister On Micro-blogging Site.

Pakistan Prime Minister Imran Khan targeted the Narendra Modi government and the RSS while addressing the nation on the Kashmir issue on Monday evening. The speech was aired on different official Twitter handles of Pakistan.

Radio Pakistan, the national radio broadcast network, made a major goof-up while tagging the Pakistani prime minister on micro-blogging site. Instead of tagging the official Twitter handle of Pakistan PM Imran Khan, the radio channel tagged another Imran Khan, whose account reads he the head of public engagement of Wellcome Trust. 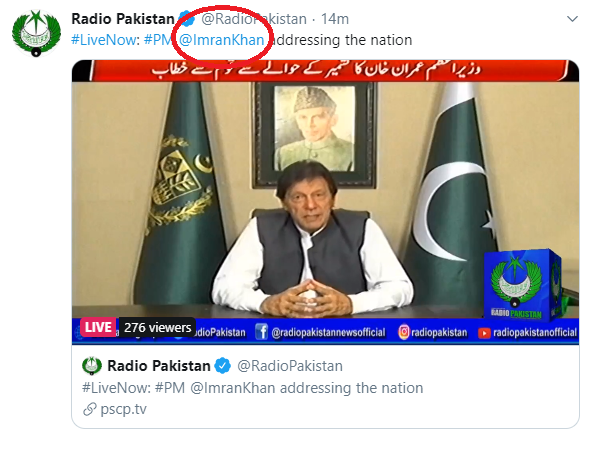 Interestingly, the other Imran Khan has also already mentioned in his profile that “not that one. professional nerd”. 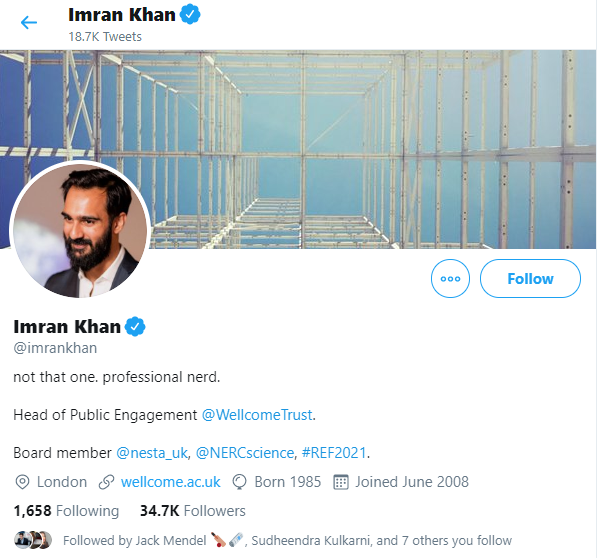 The address came an hour after Prime Minister Narendra Modi categorically rejected any scope for third party mediation between India and Pakistan on Kashmir, saying the two countries can discuss and resolve all issues bilaterally and "we don't want to trouble any third country."

Modi made these remarks while interacting with the media alongside US President Donald Trump, who ahead of his meeting with the prime minister had said that he will discuss the Kashmir issue with him on the sidelines of the G7 summit in the French town of Biarritz.

Trump in recent past has offered mediation between India and Pakistan on Kashmir.

"There are many bilateral issues between India and Pakistan, and we don't want to trouble any third country. We can discuss and resolve these issues bilaterally," Modi said.

In his address, Khan said: “We have succeeded in internationalising the issue of Kashmir, we talked to world leaders and embassies. The UN for the first time since 1965, convened a meeting on the Kashmir issue. Even international media has picked it up.”

“If the conflict moves towards war then remember both nations have nuclear weapons and no one is a winner in nuclear war and it has global ramifications. Super powers of the world have a huge responsibility..whether they support us or not Pak will go to every extent,” he added.