ALERT! 853 FT Asteroid, 4 Times The Size Of Taj Mahal, To Scrape Past Earth At Breakneck Speed

An Asteroid Dubbed As 2019 RC, Almost Four Times Taller Than The Famous Taj Mahal Is Likely To Scrape Past Our Planet, NASA Has Revealed

An asteroid dubbed as 2019 RC, almost four times taller than the famous Taj Mahal is likely to scrape past our planet, NASA has revealed. Th space agency discovered the asteroid on September 2 but NASA has since dubbed the rock a Near-Earth Object. NASA has classified the rock as “potentially hazardous” to Earth’s safety, according to the Express. Asteroid RC will pass by at a massive speed of 15.08km per second or 33,732mph (54,288kph).

It is also known to the scientist that 800,000 years ago, a one-kilometre long asteroid crashed into Southeast Asia which our ancestors had already survived.

However, it is still a matter of study how the humans at that time survived such huge impact. It may be because humans are much smarter than dinosaurs gave them a edge when it comes to surviving asteroid attack.

In 2016, a NASA scientist warned that the Earth is unprepared for such an event. In April 2018, the B612 Foundation reported "It's 100 per cent certain we'll be hit [by a devastating asteroid], but we're not 100 per cent sure when." Also, in 2018, physicist Stephen Hawking, in his final book Brief Answers to the Big Questions, considered an asteroid collision to be the biggest threat to the planet. 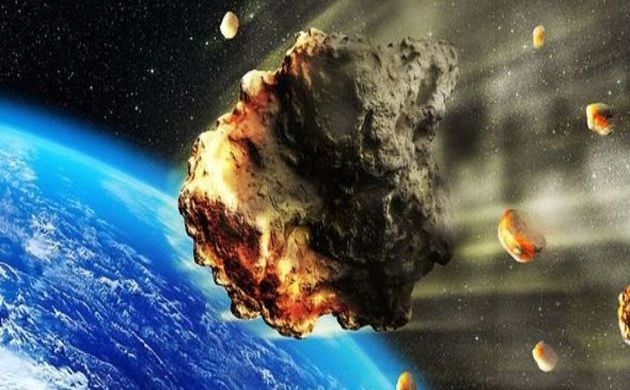 Asteroid impact avoidance comprises a number of methods by which near-Earth objects (NEO) could be diverted, preventing destructive impact events. A sufficiently large impact by an asteroid or other NEOs would cause, depending on its impact location, massive tsunamis, multiple firestorms and an impact winter caused by the sunlight-blocking effect of placing large quantities of pulverized rock dust, and other debris, into the stratosphere.

According to expert testimony in the United States Congress in 2013, NASA would require at least five years of preparation before a mission to intercept an asteroid could be launched.