This image, which comprises observations from Hubble’s Wide Field Camera 3, features a spiral cluster of stars in the constellation Antlia the Air Pump. The Galaxy NGC 3175 sits an approximate 50 million light-years from Earth. In this image, the Hubble telescope caught a detailed side-on view of the galaxy.

Take a look at the image: 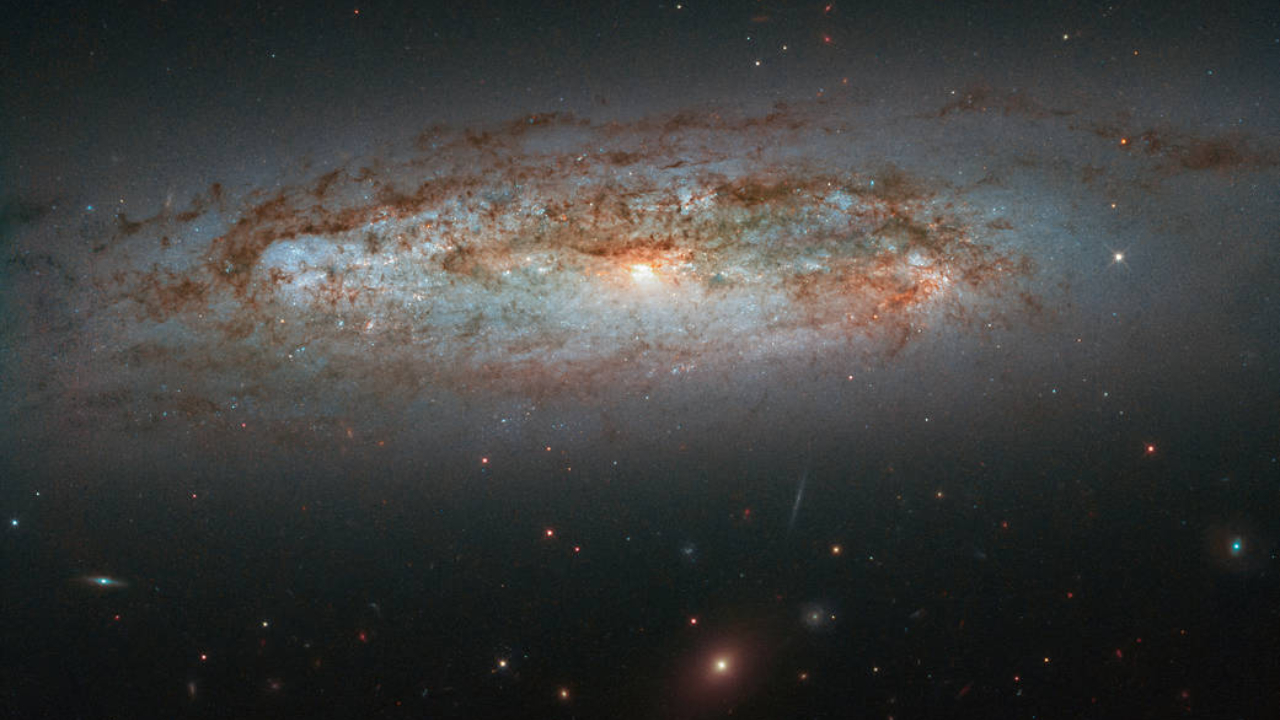 The galaxy can be seen slicing across the frame in this image from the NASA/ESA Hubble Space Telescope, with its mix of bright patches of glowing gas, dark lanes of dust, bright core, and whirling, pinwheeling arms coming together to paint a beautiful celestial scene. All around the galaxy are individual stars twinkling like diamonds against the vast expanse of space.

In a statement, Hubble said, "The galaxy is the eponymous member of the NGC 3175 group, which has been called a nearby analog for the Local Group. The Local Group contains our very own home galaxy, the Milky Way, and around 50 others — a mix of spiral, irregular and dwarf galaxies."

"The NGC 3175 group contains a couple of large spiral galaxies — the subject of this image and NGC 3137 — and numerous lower-mass spiral and satellite galaxies. Galaxy groups are some of the most common galactic gatherings in the cosmos, and they comprise 50 or so galaxies all bound together by gravity," it added.