NASA, ESA’s Hubble Telescope Has Captured A Spectacular Image Of The Galaxy NGC 3717, Which Is Located Around 60 Million Light-years Away, In The Constellation Hydra (the Sea Serpent).

Hubble Space Telescope, which belongs to the National Aeronautics and Space Administration (NASA) and the European Space Agency (ESA), has a history of capturing the most mesmerising images of the galaxies. Well, the Hubble telescope has done it once again. It is to be noted that Hubble telescope has captured a spectacular image of the galaxy NGC 3717, which is located around 60 million light-years away, in the constellation Hydra (the sea serpent). This constellation was discovered in 1834 by Sir John Herschel.

In a press release, NASA said, “Seeing a spiral almost in profile, as Hubble has here, can provide a vivid sense of its three-dimensional shape. Through most of their expanse, spiral galaxies are shaped like a thin pancake. At their cores, though, they have bright, spherical, star-filled bulges that extend above and below this disk, giving these galaxies a shape somewhat like that of a flying saucer when they are seen edge-on.”

“NGC 3717 is not captured perfectly edge-on in this image; the nearer part of the galaxy is tilted ever so slightly down, and the far side tilted up. This angle affords a view across the disk and the central bulge (of which only one side is visible),” it added.

Take a look at the image: 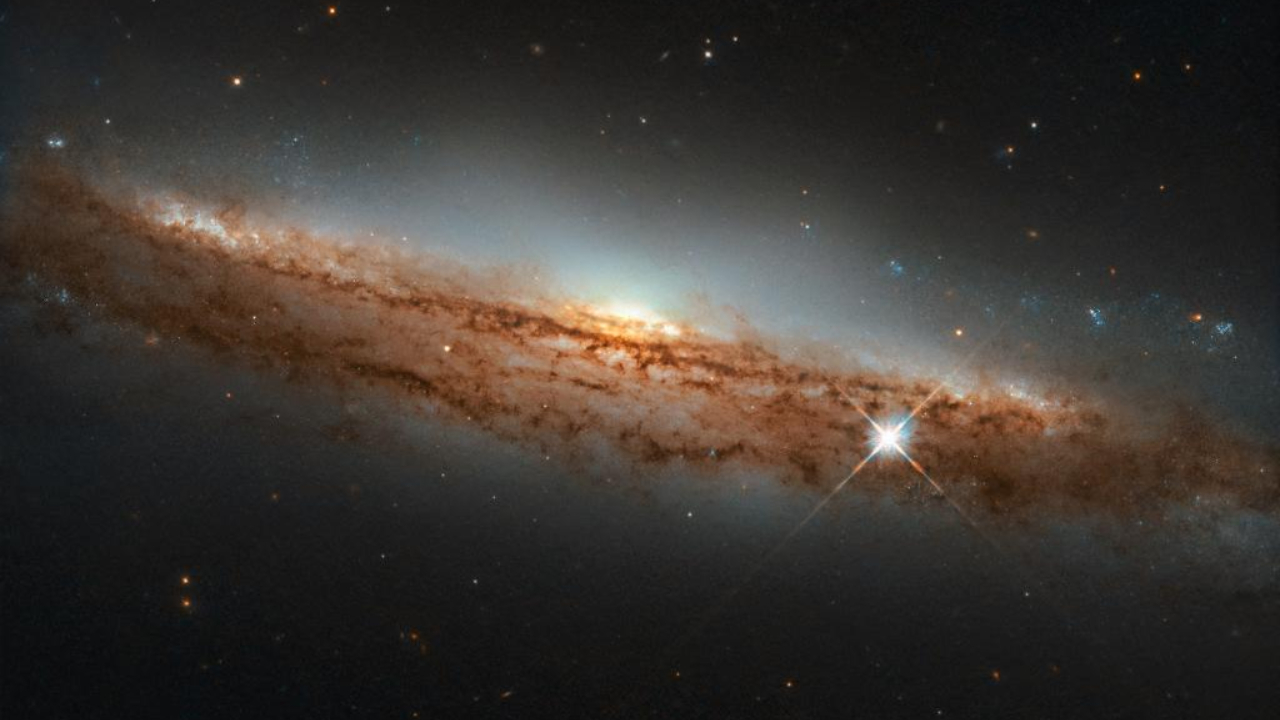 Coming to the Hydra, it is the largest of the 88 modern constellations and measures 1303 square degrees and is also the longest at over 100 degrees. It is commonly represented as a water snake and is located in the southern hemisphere.

It is worth mentioning here that last Friday, Hubble captured an image of the Medusa merger (aka NGC 4194). About 130 million light-years away, an early galaxy consumed a smaller gas-rich system, throwing out streams of stars and dust into space.

Hubble telescope is the first major optical telescope to be placed in space by NASA and ESA, where it has an unobstructed view of the universe. It was launched in 1990 and has been in service for 29 years after being serviced five times.