News Nation's 'Hamari Sansad' Sammelan (conclave) commences at the Le Meridien hotel in New Delhi. Some of the key speakers at the event are Union Ministers are Smrti Zubin Irani, Prakash Javadekar, Mukhtar Abbas Naqvi and Shahnawaz Hussain. Hamari Sansad Sammelan will raise key issues that Indian political system is witnessing in post Lok Sabha Elections scenario. Prakash Javadekar, who has held several portfolios from Human Resource Development, Environment, Information and Broadcasting, Parliamentary Affairs Ministries in the Modi Cabinet, will talk about some of the key challenges that government has to address in next five year.

Two goals of my life:

Get my kids married and live life forever with my husband: Smriti Irani

Never dreamt of being minister or MP in life, says Smriti Irani

Smriti Irani shares her life experiences about struggles she made.

PM Modi a man of words. This is the reason of BJP's overwhelming majiority in Lok Sabha Polls: Smriti Irani

Whatever PM Modi says he does it: Smriti Irani

I can't work under anyone's pressure. Everyone must be independent to work, says Smriti Irani.

I forgive but can't forget people who have done bad to me in life, says Smriti Irani.

Never thought in life that I will reach this level of success in life, says Smriti Irani.

We need to be exceptional to be acceptable, says Smriti Irani 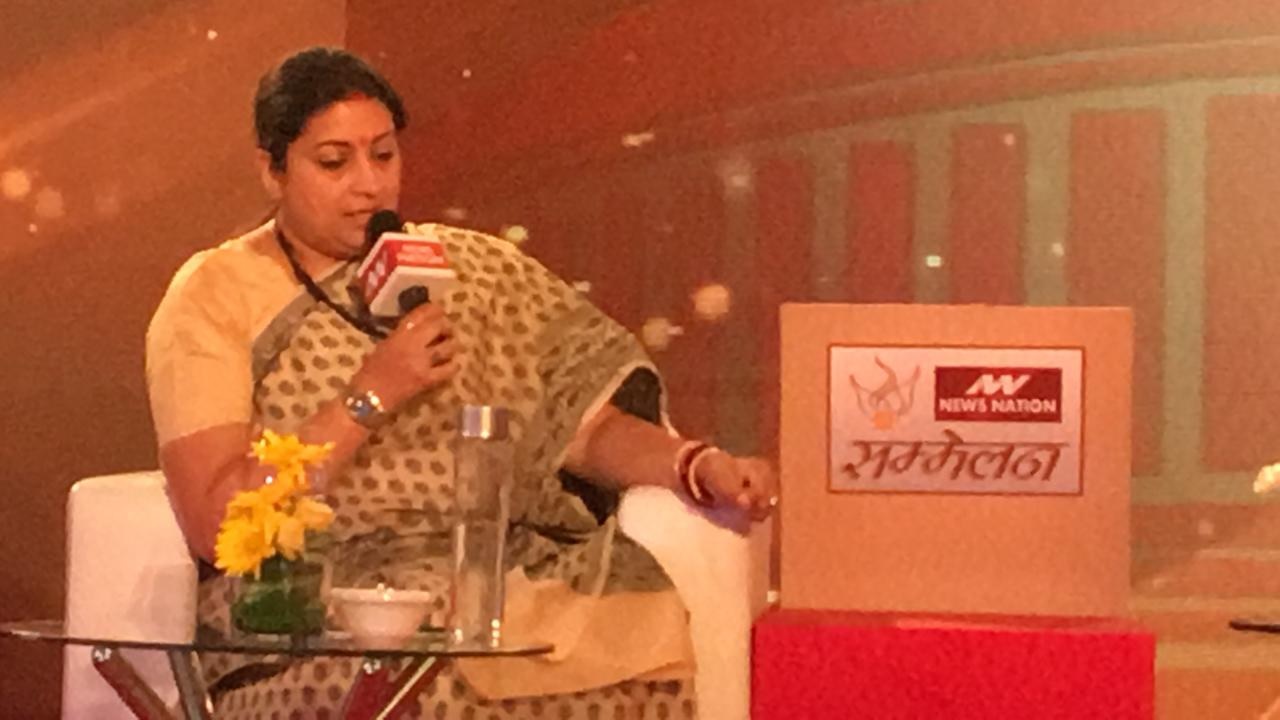 Thankful to party that gave me another chance to fight from Amethi despite losing in first attempt: Smriti Irani

Rahul Gandhi disrespected President of India, how can we expect that he respects people of country, says Smriti Irani.

Only Rahul Gandhi can stoop this low to disrespect jawans, says Smriti Irani. 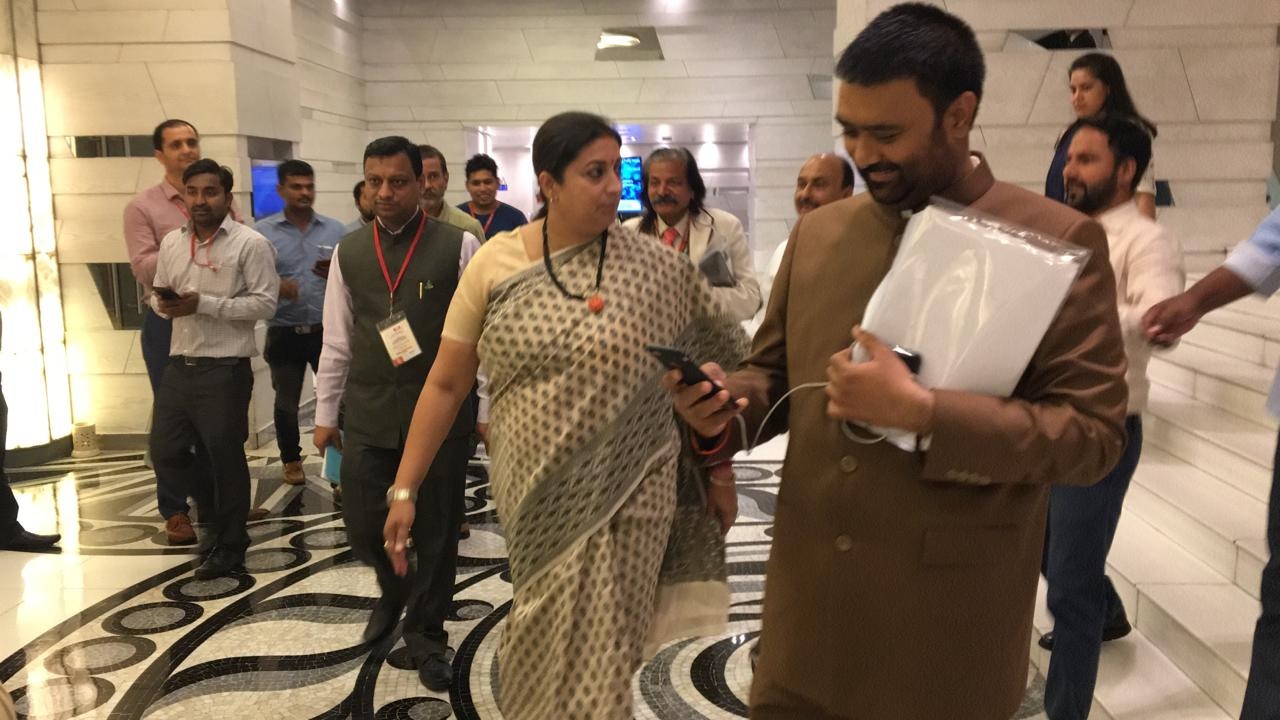 Smriti Irani's popularity can be gauged from the fact that at the time of her oath-taking ceremony in the Lok Sabha on June 17, Irani was greeted to the longest applause by the lawmakers.

From a complete outsider to an A-list leader, the meteoric rise of Smriti Irani is nothing short of a miracle! In a two-decade-long journey, Irani achieved several milestones. From being India’s darling bahu with cult following in soap opera ‘Kyunki Saas Bhi Kabhi Bahu Thi’ in 2000, Irani breached the Congress fort and defeated Rahul Gandhi in his bastion Amethi in the Lok Sabha Elections this year. Irani has been rechristened as ‘giant-slayer’ by media for her spectacular victory in Amethi. Known for her prolific oratory skills, Irani was inducted in Modi Sarkar 2.0 as the Women and Child development minister.

All my life I have sung for people of Delhi, want to work for their development now, says Hans Raj Hans.

Politics to me is helping people, says Hans Raj Hans. 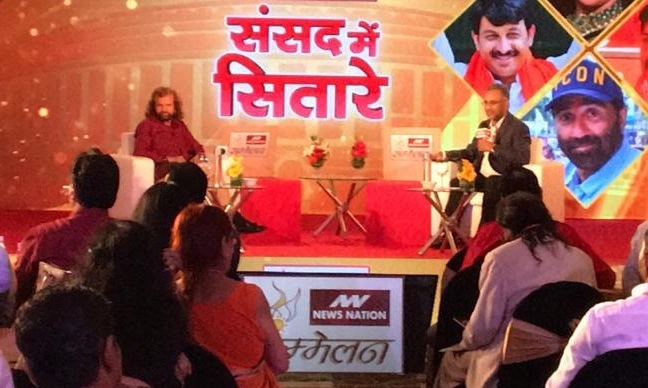 I want to do a biopic on PM Modi in Bhojpuri, says Ravi Kishan.

Yogi Adityanath has put his trust in me, need to take that forward, says Ravi Kishan.

Everyone has a right to breathe clean air: Prakash Javadekar

Pollution will be down by 90 per cent in coming years, says

Assure people that Ram Temple will be built: Prakash Javadekar

No one can stop Ram Mandir construction, says

We will be the fourth leading economy in the world, says  Prakash Javadekar.

When the entire world is celebrating the International Yoga Day, Rahul Gandhi posts such a tweet, says Prakash Javadekar.

BJP leader Prakash Javadekar is a man of many roles. The 68-year-old politician has held several portfolios from Human Resource Development, Environment, Information and Broadcasting, Parliamentary Affairs Ministries in the Modi Cabinet and is party spokesperson, too. Basking in the glory of the BJP winning 24 of 25 Lok Sabha seats in Rajasthan, a state where he was poll in-charge, the HRD minister was sworn in as a minister in Modi Cabinet 2.0 also.

Prakash Javadekar to speak in session 7. 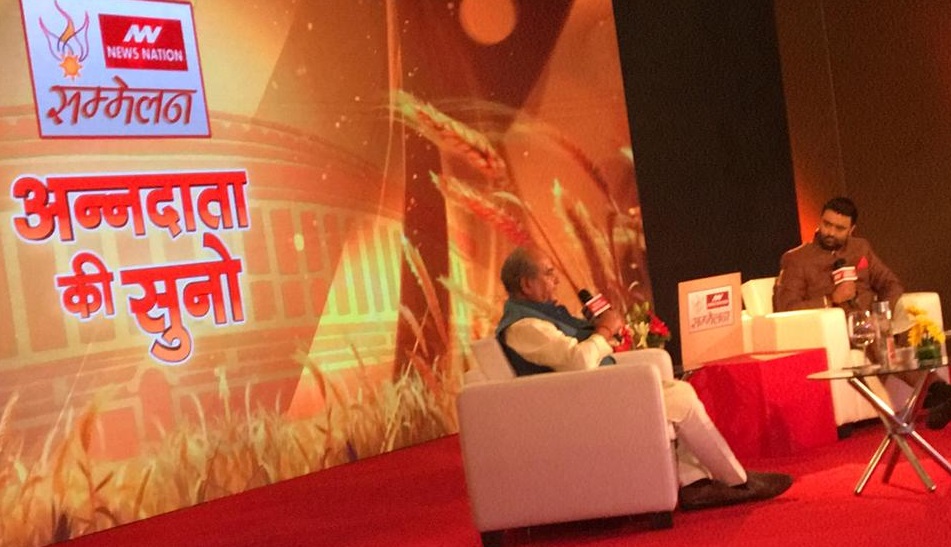 No fear in mind of people: Mukhtar Abbas Naqvi

Mukhtar Abbas Naqvi, who is credited with major reforms in the Haj policy under Modi 1.0 dispensation, has been appointed as the Minister of Minority Affairs in Prime Minister Narendra Modi's second term yet again in May. Naqvi, who took oath as a Cabinet Minister on May 30, held the same portfolio in the previous BJP government and won the hearts of minorities. 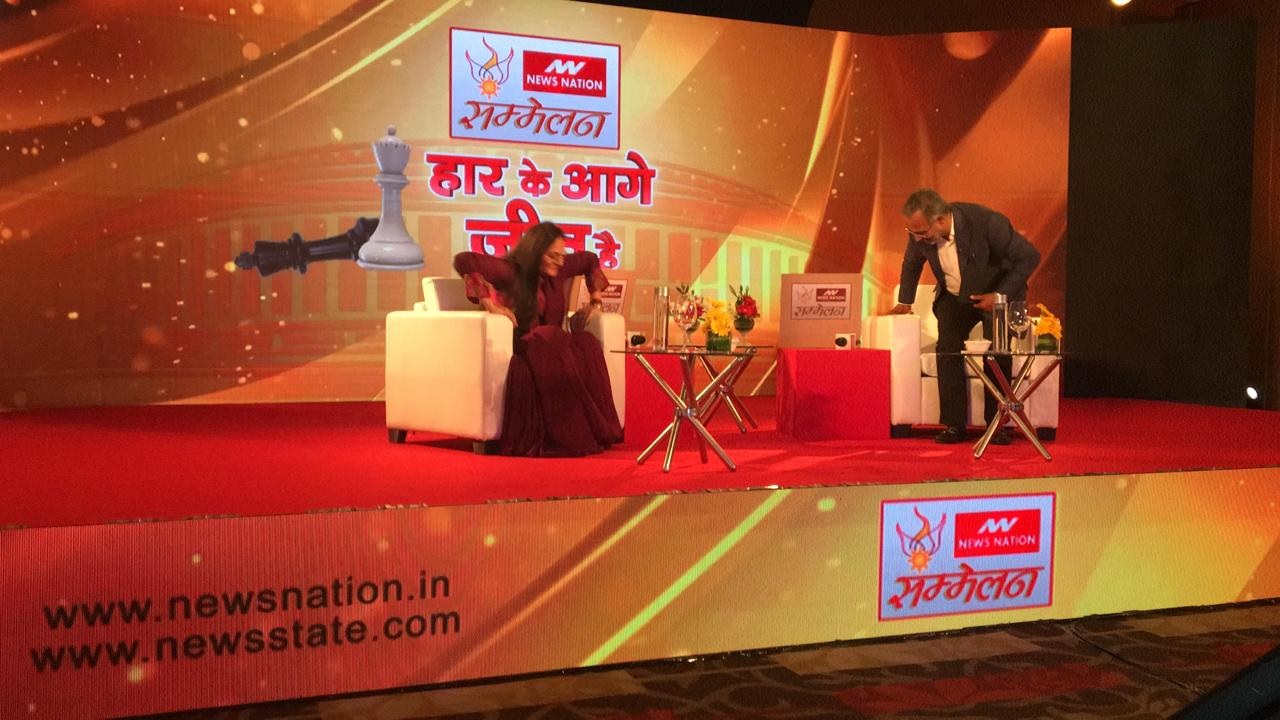 Just because I cried, I am not frightened but the way things turned out, I felt hurt: Jaya Prada.

Did people vote for Azam Khan because he is a Muslim, asks Jaya Prada

I wanted to give people of Rampur hospitals, schools and roads: Jaya Prada.

People who can't respect women are not eleigible to be parliamentarians: Jaya Prada

Party stood for me in most desperate times, says Jaya Prada.

Jaya Prada breaks down in 'Hamari Sansad' Sammelan (conclave) as she recalls Azam Khan's comments against her.

Greatful to people of Rampur who in past have elected me twice as parliamentarian, says Jaya Prada.

Fighting polls against Azam Khan was like a war, says Jaya Prada.

This is my first public appearance after Lok Sabha Polls 2019, says Jaya Prada. 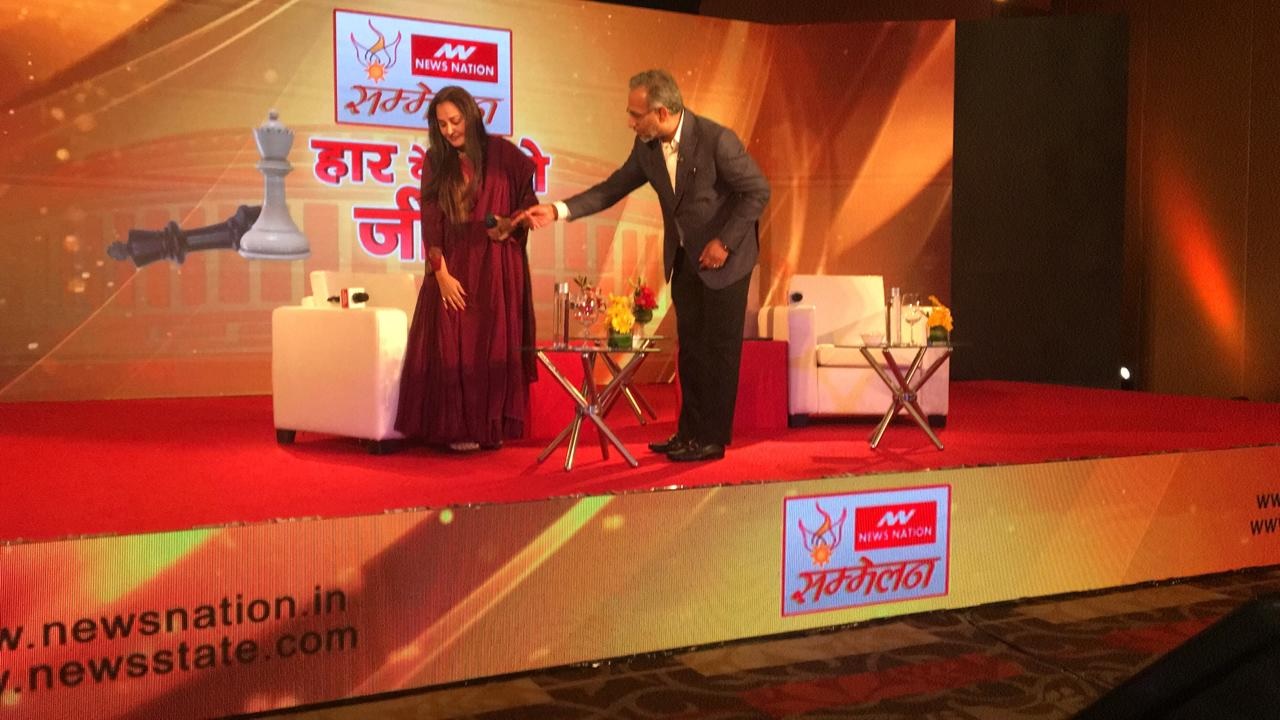 Ashok Kumar Yadav, BJP MP from Bihar's Madhubani and former parliamentarian Hukmdev Narayan Yadav's son, talks about his father's oratory skills and how he looked up to him since his childhood.#NewsNationSammelan #HamariSansad 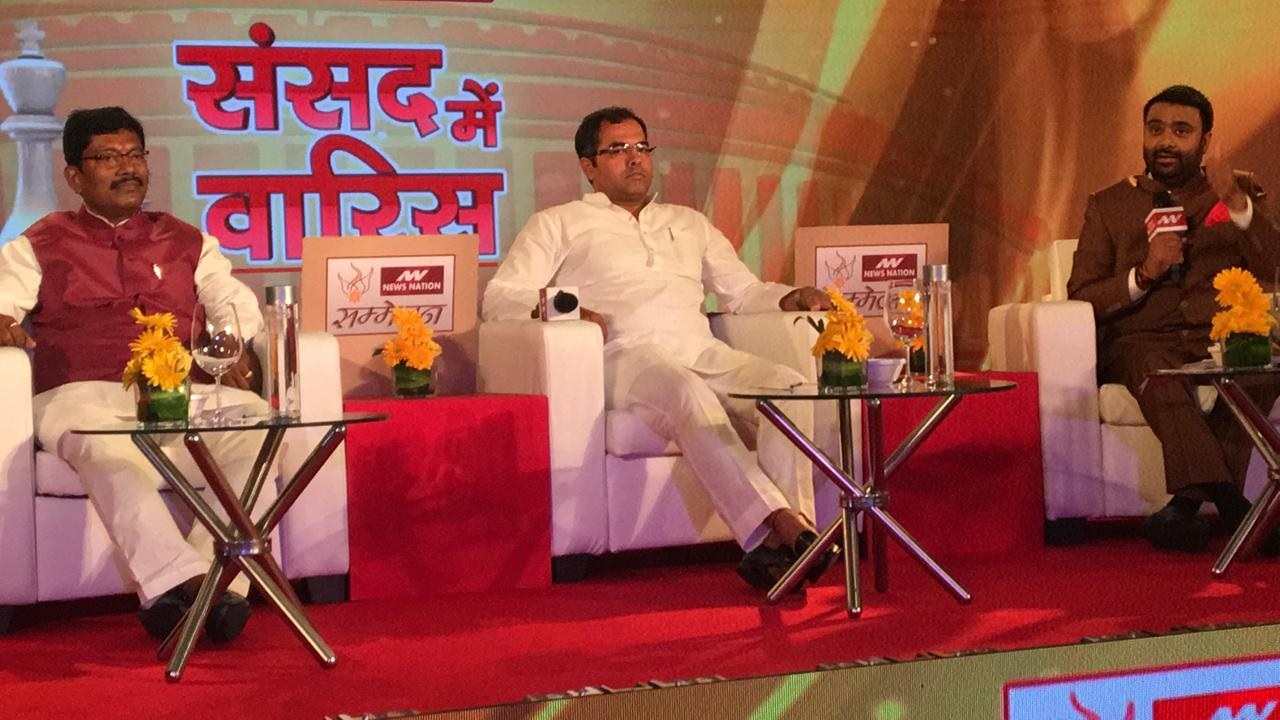 AAP wants an alliance with Congress, Arvind Kejriwal's rise was because of revolt against the same party. You can imagine how low can AAP stoop: Pravesh Verma.

People of Delhi will give AAP a befitting reply in state elections, says Parvesh Verma.

I won from the constituency where BJP always lost. This is the result of my struggle, says Parvesh Verma.

I have struggled a lot to reach where I am now, says Parvesh Verma.

My father said till he is alive, no one from family will join politics: Parvesh Verma 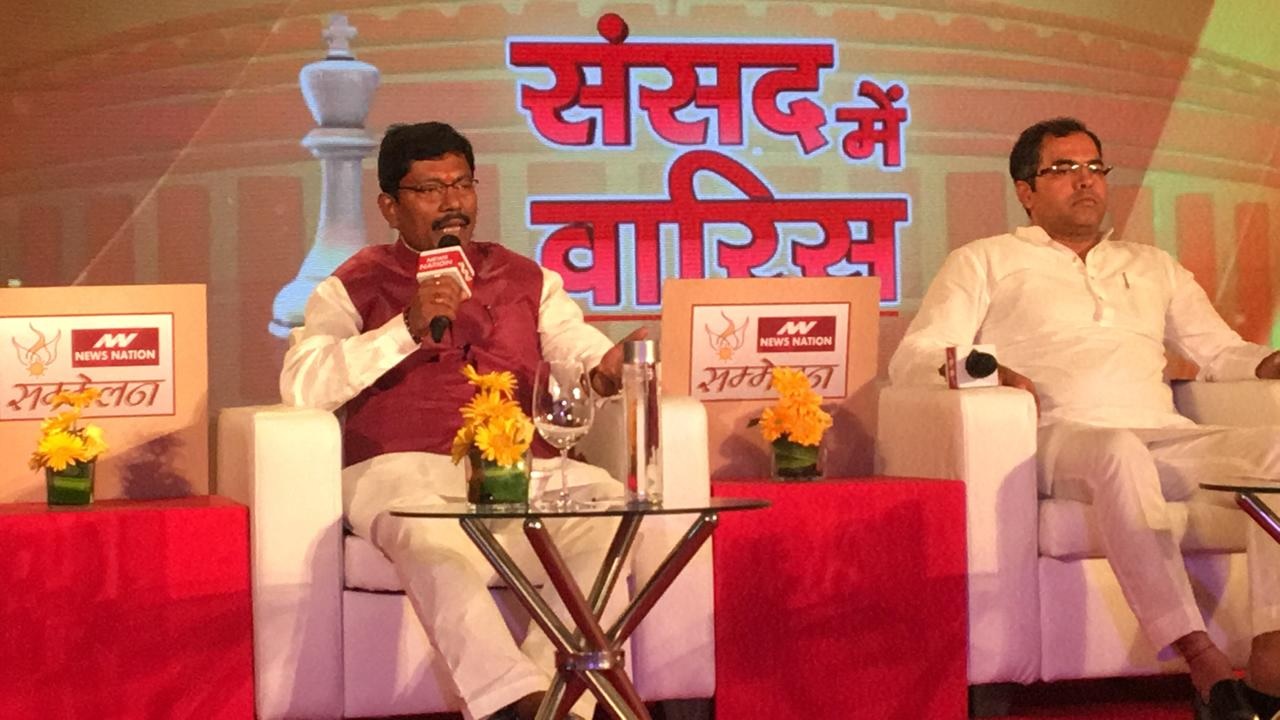 If any temple is build on illegal land, will take action, says Parvesh Verma.

Ashok Kumar Yadav: He was elected to the Lok Sabha from Madhubani, Bihar in the 2019 general election as member of the Bharatiya Janata Party.

Whenever a woman takes a leap and surpasses men, people start discussing about her character. Women who have excelled in different fields have faced similar instances, says Amravati MP @NavneetKRana at #HamariSansad #NewsNationSammelan 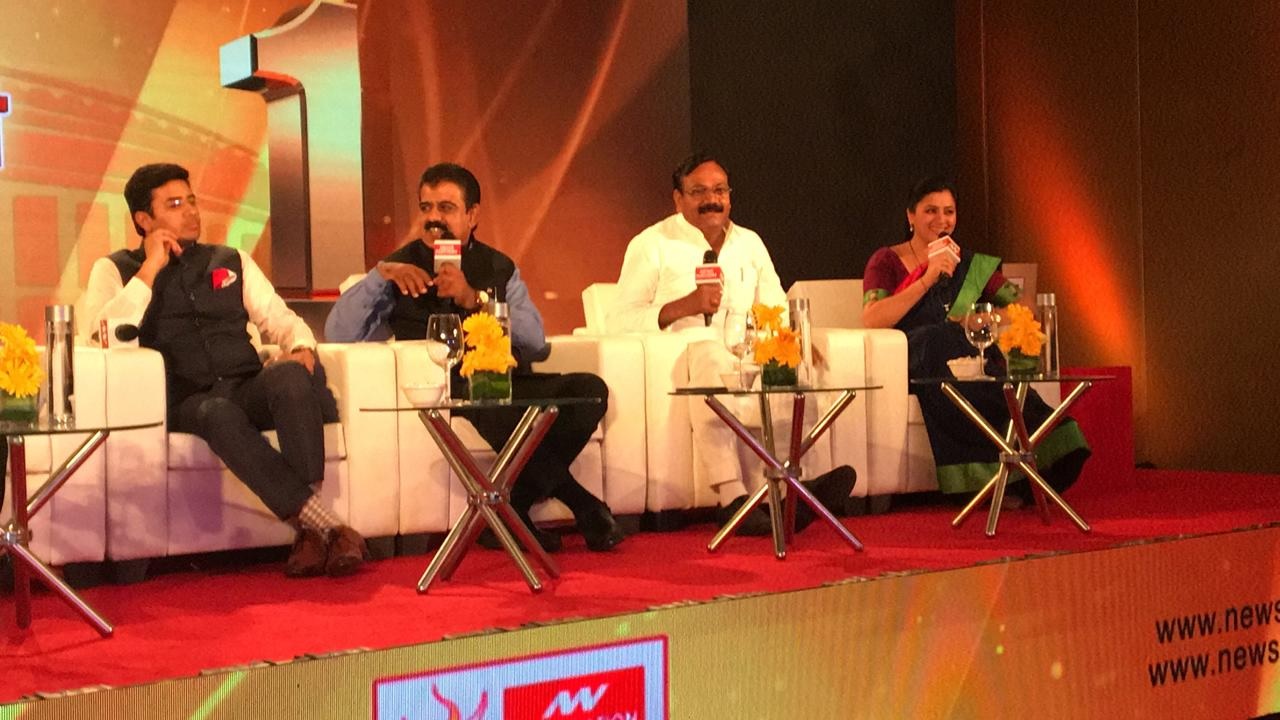 New education policy draft should be read by everyone so that the system is reformed in country, says Tejasvi Surya.

This government will come up with women reservation bill, says Rita Bahuguna Joshi.

MPs have the liberty to speak whatever they want to inside parliament, says Tejasvi Surya.

MPs should stay away from sloganeering inside Parliament, says Navneet Kaur.

Everyone being treated equally under BJP, Subrat Pathak.

Will take up every issue in Parliament, not here for controversies, says Navneet Kaur. 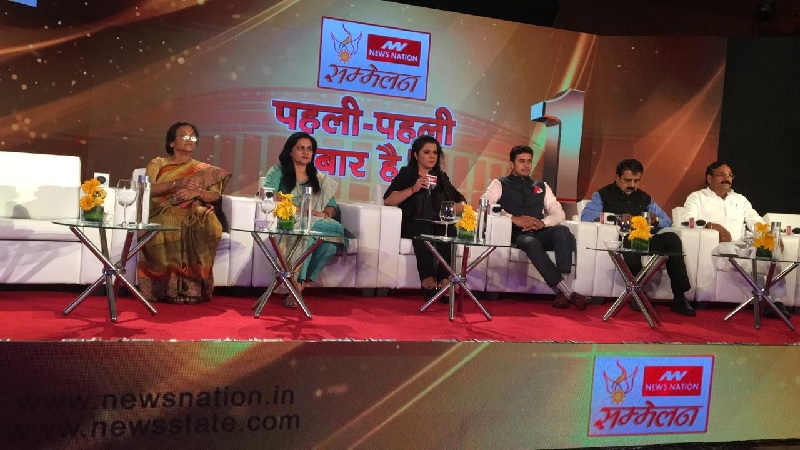 We have been successful in recovering black money, says Shahnawaz Hussain

Mocking Rahul Gandhi, BJP spokesperson Shahnawaz Hussain says not sure if he will be among those employed by 2022.

Every youth of the country will be employed by 2022, says Shahnawaz Hussain.

Pakistan has to shun terrorism for talks with India, says Shahnawaz Hussain.

Rahul Gandhi refused to be minister under UPA, how can you accuse Congress of dynast politics, says Raghuvansh Prasad Singh.

Sonia Gandhi rejected Prime Minister's chair after 2004 polls result, where will you find such an example, says Raghuvansh Prasad Singh.

24 lakh posts are vacant in the country, what is the BJP government doing, asks Raghuvansh Prasad Singh 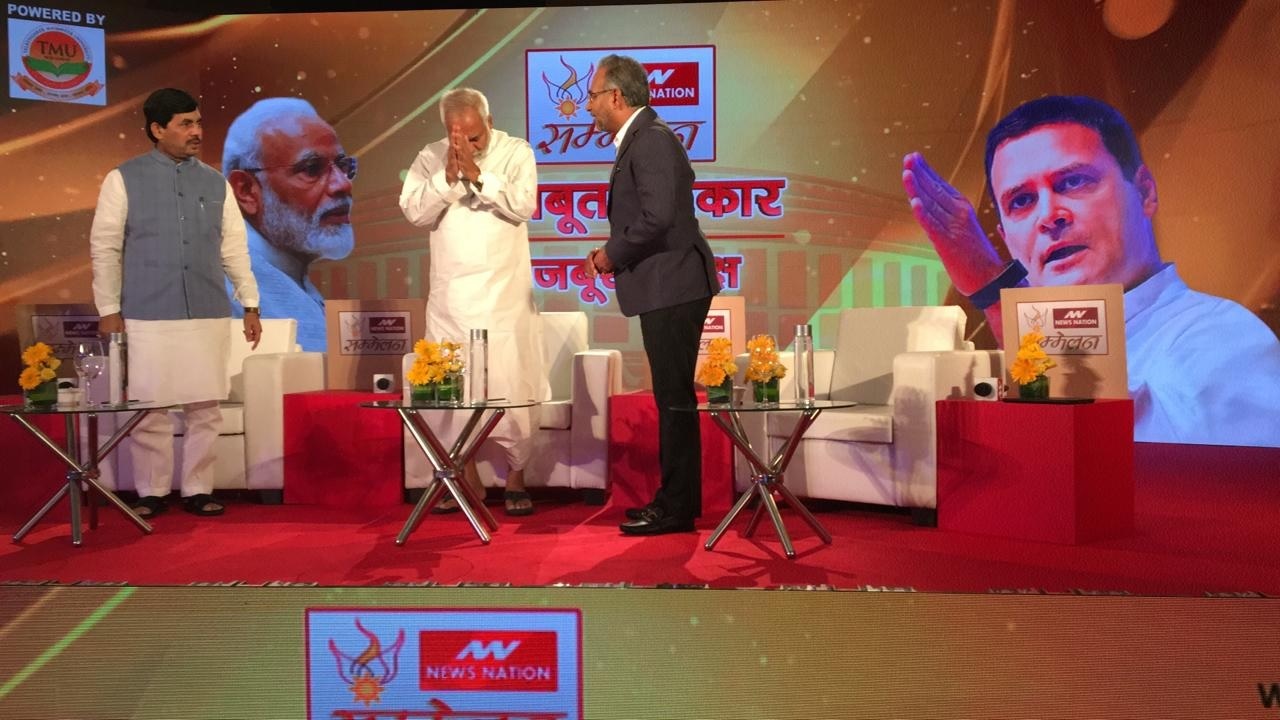 Syed Shahnawaz Hussain is a national spokesperson of the Bharatiya Janata Party (BJP) and a former cabinet minister.