Virat Kohli's Indian cricket team will be determined to come back to winning ways against South Africa following their 3-0 loss to New Zealand in ODIs. (Photo Credit: Getty Images)

The tour of New Zealand saw India starting the tour on the ultimate high with a 5-0 whitewash but they were soon brought back down to earth with a walloping in the ODI and Tests. Virat Kohli's Indian cricket team lost 3-0, the first time they were whitewashed in a bilateral ODI series for the first time in 31 years. The momentum of the ODI series saw them getting hammered by swing, seam and bounce in the Test series as they were whitewashed 2-0. Now, India are back on home comforts and they will be eager to bounce back against a South Africa side who are running high on momentum.

For Kohli, this will be a series where he will be determined to overcome his poor run of form. Virat Kohli managed just 75 runs in the three ODIs and 38 runs in the two Tests while in Twenty20 Internationals, he averaged just 26. The tour was Kohli's leanest in six years and the Indian skipper will be wanting to build momentum ahead of the series against South Africa. However, the Proteas have renewed vigour under Quinton de Kock after hammering Australia 3-0 in the ODI series. De Kock, along with the likes of Jannemann Malan and Heinrich Klassen, were in great form in the ODIs and they will be determined to break their rut against India in India.

Kohli will also have to make guarded statements when it comes to ODIs. In the series against New Zealand following the loss in the second ODI in Auckland, Kohli said, "ODIs aren't too relevant this year compared to Tests and T20s, but to find people who can play that way under pressure is a big revelation for us and a big plus." The 'lack of relevance' did not go down well for a side that is aiming to be world beaters in all formats. For South Africa, they will take the lessons dished out by New Zealand as to how they can keep Kohli quiet and also focus on how they can crack the code in India.

For Virat Kohli's aim to bounce back after the tour of New Zealand, the weather has to play a role and unfortunately, on match day, the signs are not looking good. Thundershowers are predicted for most of the day and it will be a miracle if they can hold the match on that day. The Twenty20 International between the two sides in 2019 was abandoned at the venue due to persistent rain and the same fate might come about on Thursday.

Dharamshala's wicket has mostly assisted pacers. With the hardness of the pitch giving the bowlers ertra bounce, it will be good if the team bats second and chases down a total. In four ODIs at Dharamshala, teams batting second have won three times with the teams finding it easier to bat on once the pitch loses its tendency to assist pacers in the first innings.

The Indian cricket team will see the return of Shikhar Dhawan, Hardik Pandya and Bhuvneshwar Kumar. Dhawan had missed the series in New Zealand due to a discloated shoulder while Hardik Pandya returns after being sidelined by a stress fracture on his back. Bhuvneshwar will be returning after a sports hernia operation and it will be interesting to see how these three shape up in their first matches after a couple of months. On the other hand, South Africa will likely stick with the same combination that came up trumps against South Africa. 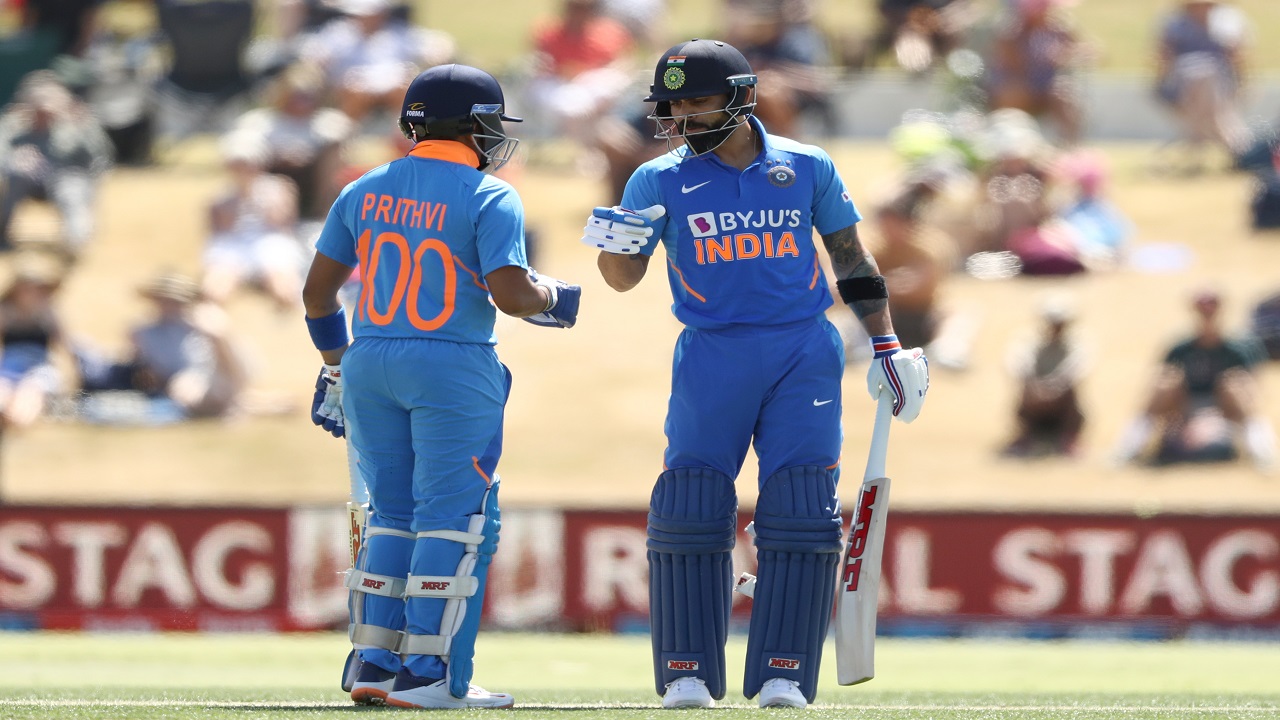 Virat Kohli had a poor tour of New Zealand and he will be eager to perform well against South Africa. (Image credit: Getty Images)

The team that wins the toss will want to bowl first and then utilise the conditions to restrict the opposition. Teams that bowl first have a better record of success as compared to teams chasing second at Dharamshala.

On current form, South Africa seem to be the favorites heading into the clash against India in Dharamshala. However, Virat Kohli's side are back in home comforts and looking at the trends, it will not be surprising if India manage to come back to winning terms.