The Basin Reserve Cricket Ground In Wellington Is One Of The Few Venues In New Zealand Built Specifically For Cricket But The Ground Has A Unique History Which Has Been Shaped By Natural Calamities.

The Basin Reserve is one of the oldest venues in New Zealand, hosting Tests since 1930. (Photo Credit: Getty Images)

On January 23, 1855, Wellington was struck by a massive earthquake measuring 8.2 on the Richter scale. Only five people were killed but it altered the landscape of Wellington totally. In one area of the city, a massive lagoon that was situated was raised by over two meters and the lagoon was transformed into a swamp. There were plans to transform the swamp into a shipping basin as there was a new shoreline near the Hutt Valley due to the earthquake. That plan was abandoned. Instead, something novel was created out of the swamp. A cricket ground! The area was transformed into a cricketing ground and thus, the birth of the Basin Reserve Cricket Ground took place.

With a capacity of 11,600, the Basin Reserve is one of the most iconic venues in New Zealand on par with Eden Park in Auckland. The stadium does not have much seats and instead, many fans enjoy it on the grassbanks which make up most of the stadium. At one point of the ground, there is a memorial dedicated to William Wakefield, one of the founders of Wellington city. The Basin, located beneath Mount Victoria and Mount Cook, is also one of the windiest venues in the world with gusts reaching close to 100 kmph. Such is the amount of history at this venue that it has been listed in the New Zealand Historic Places Act 1993 for places which are of 'historical or cultural heritage significance or value'.

Lack Of Funds And Earthquakes Still Challenge The Basin

In an era when stadium capacities all over the world are increasing, the Basin stands out as one of the venues that is still stuck in time. There have been plans to install floodlights at New Zealand's premier Test venue only for the plan to get scuppered. The Wellington Municipal Council, which was allocated a budget of NZD 21 million as a masterplan to redevelop the Basin, has had plans derailed frequently. Out of the NZD 21 million, eight million was proposed to build the floodlights as the Basin Reserve looked to emulate Westpac Stadium in hosting cricket. 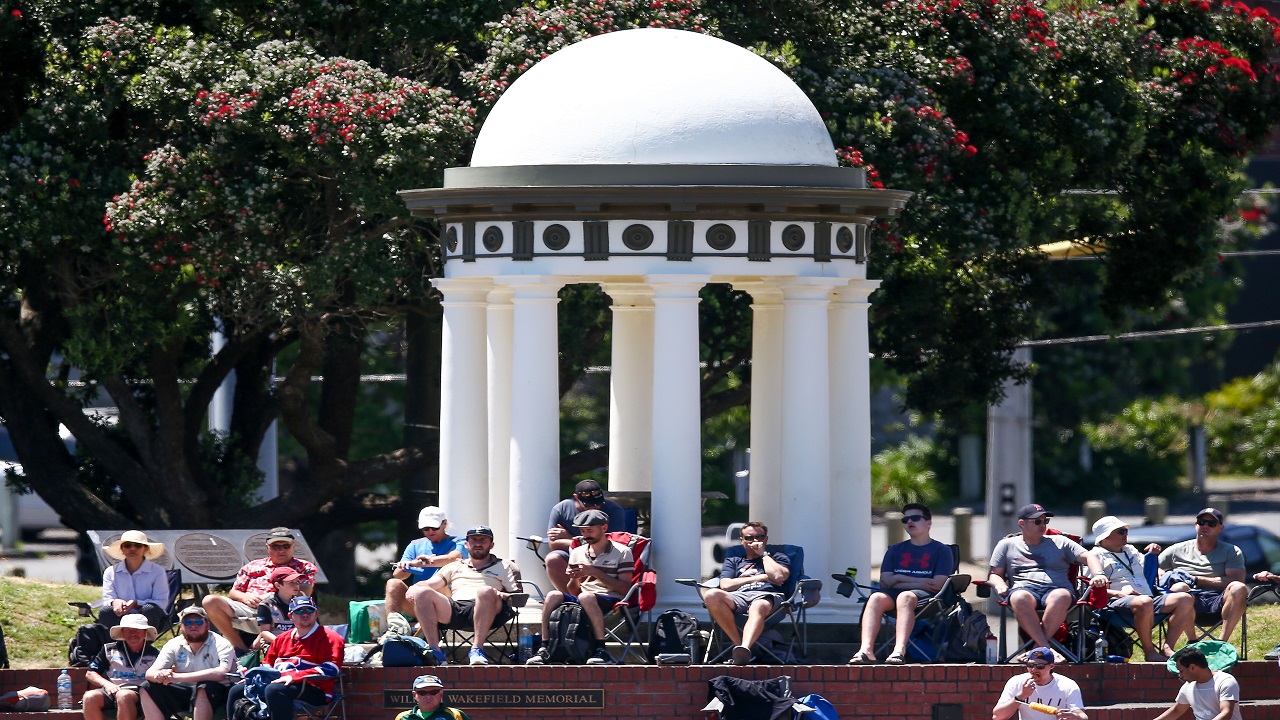 A memorial at the Basin is dedicated to William Wakefield, one of the founders of Wellington. (Image credit: Getty Images)

The plans are still on to make floodlights a permanent fixture at The Basin. However, if an Earthquake resulted in the creation of the stadium, an earthquake still prevents the stadium from going full capacity. The Musuem Stand at The Basin has been closed to spectators in 2012 because it is earthquake-prone. There were plans to strengthen the stand as they estimated that demolishing the stand would be too costly. The Musuem Stand was closed after it was found to be just 23 per cent of new building standards. According to New Zealand standards, anything under 34 per cent is considered quake-prone. The closed stand has reduced capacity to 6345 and it was open only once during the 2016 Test against Australia. However, during the February Test against India, the Museum Stand is all set to open.

The Basin Reserve has hosted 63 Tests with New Zealand winning 19 and losing 20. The venue is best remembered for three iconic moments. Martin Crowe was tragically out for 299 in the Sri Lanka Test in 1991 and it involved a record stand of 467 with Andrew Jones. In 2014, Brendon McCullum ended years of pain for New Zealand as he became the first New Zealand player in history to score a triple century. McCullum achieved this against India in 2014 as New Zealand won a series against MS Dhoni's side after 12 years. One hopes that the 2020 Test at the venue ushers in something new at the start of a new decade.