The Australian Women's Cricket Team Put On A Clinical Display In Fornt Of A Record Crowd For A Women's Event At The Melbourne Cricket Ground As They Decimated India By 85 Runs To Win The Title For An Unprecedented Fifth Time.

The Australia cricket team created history by winning the ICC Women's World T20 title for the fifth time with an 85-run win against India in the final. (Photo Credit: Getty Images)

A total of 86,174 had come for the final of the ICC Women's World T20 between Australia and India at the Melbourne Cricket Ground. The crowd, the largest for a women's sporting event in Australia and the largest for a women's cricket game ever, were witness to a lesson in clinical brutality from Australia. The hosts chose to bat and immediately, Alyssa Healy dispatched Deepti Sharma for three boundaries in the first over as 14 runs came off it. The impact was palpable. In the 2003 World Cup final, Zaheer Khan had leaked 15 runs in the first over and India never recovered. 17 years later, it would be repeated for the women's team in Melbourne. Healy and Beth Mooney launched a blitz with aggressive fifties and India had to achieve the highest chase in their T20 history. When Smriti Mandhana, Harmanpreet Kaur and Shafali Verma all fell in the first six overs, the game was up and Australia were crowned champions of the ICC Women's World T20 for the fifth time with a thumping 85-run win against India on Sunday.

Before the match, skipper Harmanpreet Kaur had said that the team was feeling restless having not played for eight days heading into the final. Australia, on the other hand, found new belief as they battled the conditions and the determination of South Africa to enter the final the hard way. Immediately, when Australia won the toss, they decided that they would not fall prey to their weakness in Sydney and they proceeded to attack, led in spectacular fashion by Alyssa Healy. With husband Mitchell Starc cheering on from the stands, Healy batted like a player possessed. Having hit three boundaries in Deepti Sharma's first over and having survived a drop by Shafali Verma in the very first over, Healy blasted two more fours in the second over bowled by Shikha Pandey.

Beth Mooney was also given a life when Rajeshwari Gayakwad dropped her on eight off her own bowling and the left-hander made India pay with two boundaries off Pandey. Australia ended the powerplaty on 49/0 but the carnage in the middle overs totally deflated India.

After a quiet couple of fours, Healy blasted two consecutive sixes off Rajeshwari Gayakwad as the bowler conceded 16 runs in the eighth over. Mooney continued to give her good support but Healy notched up her fifty off just 30 balls when she lofted Radha Yadav straight down the ground for a boundary. The 30-ball fifty was the fastest by any player (men or female) in a final of an ICC event. The 11th over reached the crescendo of mayhem. 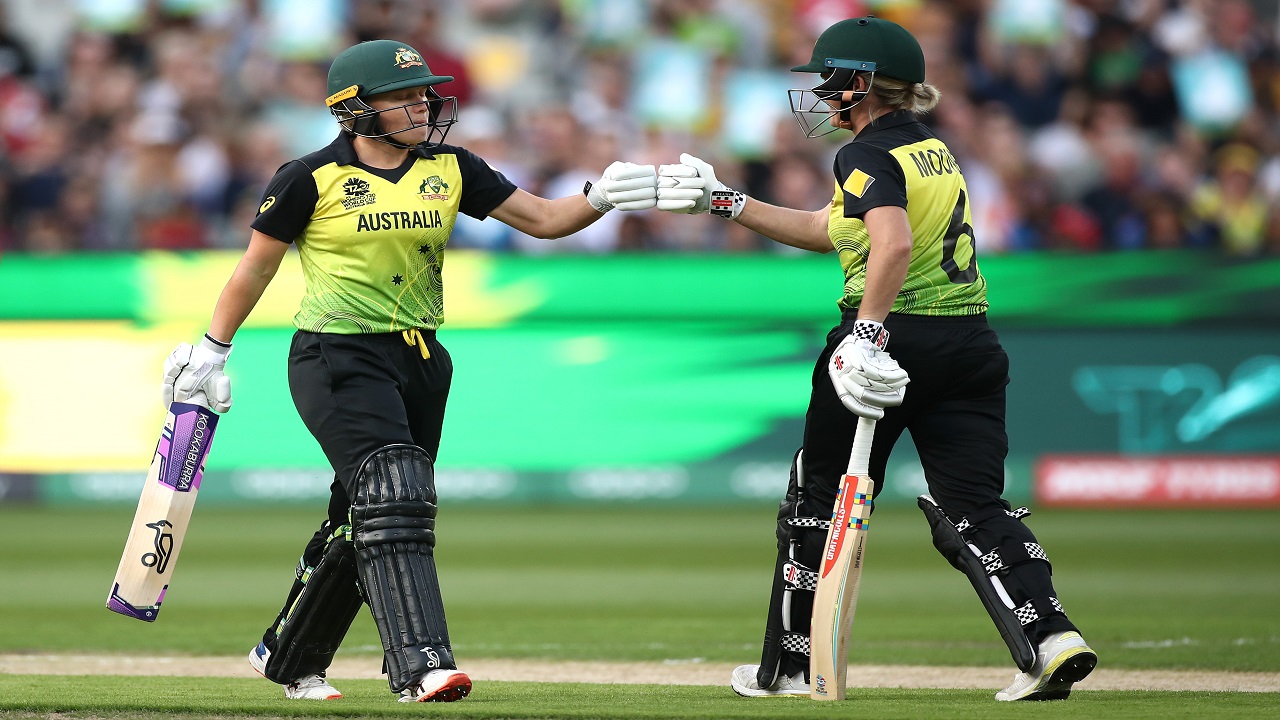 After Mooney hit a boundary off Pandey, Healy blasted a hat-trick of sixes as 23 runs came in the over. India found some respite when Radha Yadav dismissed Healy for 75 when she miscued the lofted shot to long on but Meg Lanning and Mooney ensured momentum was not lost. Mooney notched up her ninth fifty and she celebrated it with two fours off Radha Yadav.

Deepti Sharma gave India some hope with the wickets of Lanning and Ashleigh Gardner in the same over but Mooney continued to find the boundaries and she remained unbeaten till the end as Australia finished on 184/4.

India Done In The Powerplay

India needed to achieve their highest chase in T20I history to win the title. All hopes rested on Shafali Verma and Smriti Mandhana. Megan Schutt was tasked with bowling the first over and there was pressure. Before the final, Schutt had said that she did not want to bowl against Verma and Mandhana in the powerplay as they had consistently targeted her. However, Schutt changed the course of the match in the first over itself. Schutt got a back of a length delivery to cut back in off the seam and Verma looked to cut and then steer it down to third man.

In the end, Verma was cramped for the cut shot and she edged it to Healy. The jubilation in the Australian team was in stark contrast to the bitter sadness in Verma who had to drag herself off the park. Taniya Bhatia missed a sweep and was hit on the helmet as she retired hurt due to concussion issues. In the same over, Jemimah Rodrigues showed her inexperience as she holed out to mid on. 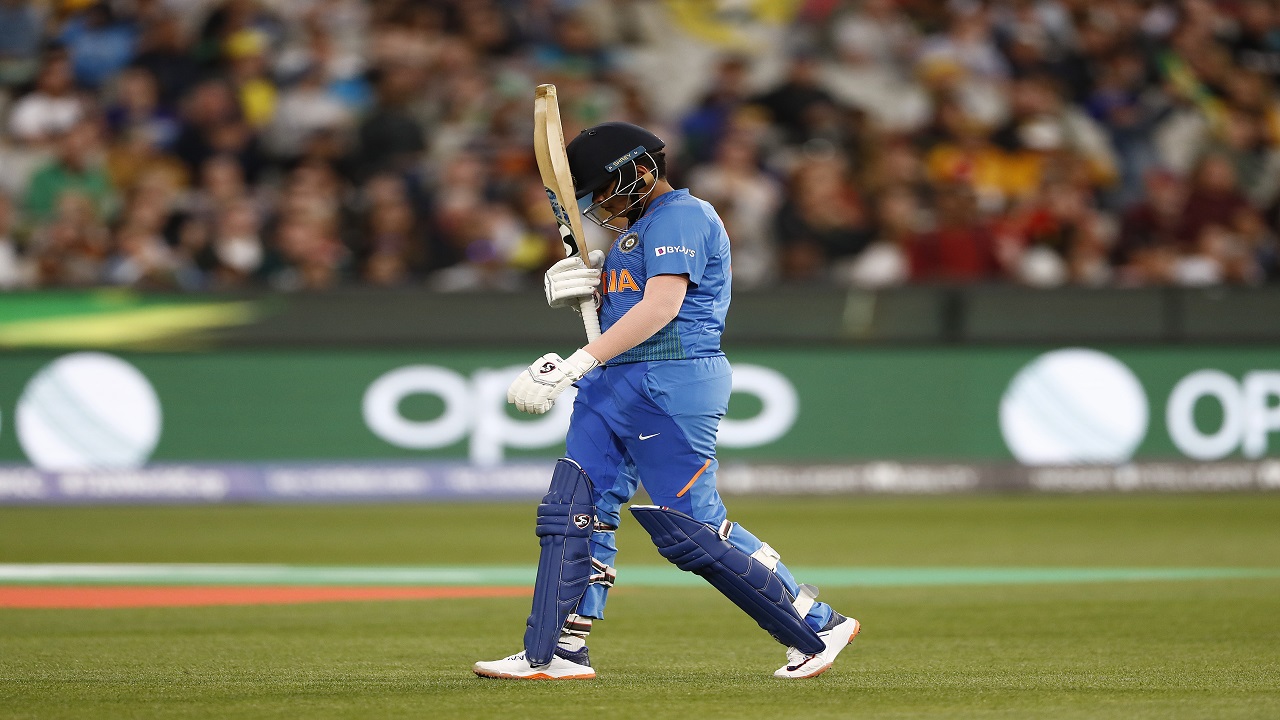 Shafali Verma fell cheaply as India were bowled out for 99 in the final in Melbourne. (Image credit: Getty Images)

Mandhana got going with two boundaries but in the very first ball off Sophie Molineux, Mandhana chipped the drive to mid off and when Harmanpreet Kaur top-edged the sweep off Jonassen, India were 32/4 in six overs and out of the contest. Deepti Sharma and Veda Krishnamurthy only delayed the inevitable as the asking rate mounted. The 28-run stand was broken when Kimmince dismissed Krishnamurthy for 19 with Jonassen taking a good catch.

Richa Ghosh became the first concussion substitute in an ICC final or in women's ODI cricket but there was nothing else to smile for India. Deepti Sharma fell for 33 to Nicola Carey and Schutt got Australia closer with two wickets in one over. Jonassen sent back Radha Yadav and fittingly, Schutt took the final wicket of Poonam Yadav and the jubilation in the Australia team was a sight. For India, it was yet another case of so near, but this time it was very far. The nature of the loss is sure to hurt India for many days to come as a golden chance was relinquished.