Australia Got The Better Of New Zealand In The First ODI At The Sydney Cricket Ground But The Match Was Played In An Empty Stadium Without Any Fans Due To The Coronavirus Pandemic.

Australia extended New Zealand's pain in ODIs Down Under as they lost the first match in Sydney by 71 runs. (Photo Credit: Getty Images)

Australia took on New Zealand in the first match of the Chappell-Hadlee series at the Sydney Cricket Ground. However, the cricket was secondary. The match was played in an empty stadium as the match was being played behind closed doors due to the outbreak of the coronavirus pandemic. Before the match, Kane Richardson, the Australia pacer was being tested due to the coronavirus after he complained of a sore throat but thankfully, the results turned out to be negative. The coronavirus gloom cast a big shadow on all sporting events, with the Indian Premier League 2020 getting postponed as well as England's tour of Sri Lanka being deferred.

Not just cricket, from football to Formula One and all other events, the coronavirus pandemic has wrecked every sporting event on the planet. It was a sad exhibition at the Sydney Cricket Ground. Australia and New Zealand sported retro jerseys of the 90s. While it seemed that everything had gone back in time, the modern situation defied the good old times when eveything was so simple. Australia chose to bat on a sluggish Sydney wicket and they started off brilliantly with Aaron Finch and David Warner getting Australia off to a flier.

Warner got going with two fours off Lockie Ferguson while in the 10th over, Finch slammed a six and then Warner hit two fours off James Neesham as 15 runs came in the over. Both openers made steady progress and Finch smashed his second six off Ish Sodhi. Warner and Finch both went past fifties but the left-hander was undone by a short ball on leg stump from Ferguson but Steve Smith got going with a whipped six off the bowler that landed 20 rows back. New Zealand, though, struck back with the wicket of Finch for 60 but Smith was sent packing for 14 by Santner again. 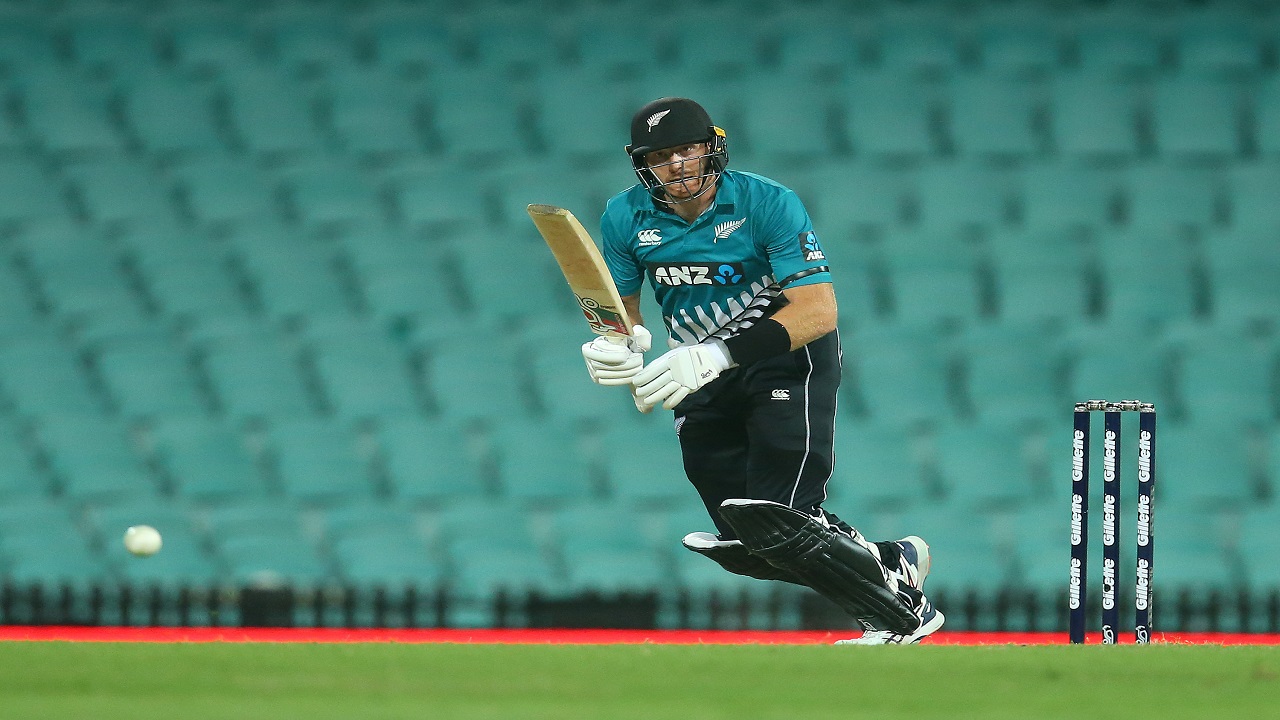 New Zealand have not won an ODI in Australia since 2009. (Image credit: Getty Images)

New Zealand tightened the screws in the middle overs but Australia lost wickets at crucial times. Mitchell Marsh slammed two boundaries and Marnus Labuschagne also looked in great touch. However, Australia managed just two boundaries in the last 10 overs as they finished on 258/7, with Labuschagne hitting a solid fifty.

With the pitch slowing up considerably and stroke-making becoming difficult, New Zealand struggled to get going. Henry Nicholls was sent back cheaply by Josh Hazlewood. Martin Guptill and Kane Williamson looked to stitch a stand but the asking rate mounted with New Zealand scoring at just over three runs an over. Adam Zampa sent back Williamson for 19 while Ross Taylor also fell for 4 to Mitchell Marsh. Guptill, who had looked solid and settled on this wicket, fell to Pat Cummins for 40 and there was no way back for New Zealand. James Neesham hit a six but fell to Cummins.

Tom Latham and Colin de Grandhomme stitched a decent stand but it only delayed the inevitable. Latham and de Grandhomme looked in good touch but Hazlewood and Zampa struck again and Australia neared a win. Cummins and Marsh finished with three wickets apiece as New Zealand's tail failed to wag as Australia won by 71 runs to take a 1-0 lead in the series. The second match of the series will be played on March 15 at the same venue while the third and final game will be played in Hobart on March 20.