Australia Held Their Nerve To Win Their Final League Game Against New Zealand At The Junction Oval In Melbourne As They Won A Tense Match By Four Runs To Seal Their Spot In The Semi-final Along With India, England And South Africa.

Ellyse Perry, Australia's talismanic all-rounder, was in doubt heading into the virtual shootout against New Zealand at the Junction Oval in Melbourne for the ICC Women's World T20. However, during the New Zealand innings, Perry injured herself again and looked to be in doubt for the whole tournament. Australia had lost their match-winner. To make matters worse, Maddy Green and Katey Martin kept the fight going for New Zealand with some boundaries and big hits. Georgia Wareham removed Green for 28 and when Megan Schutt got two wickets in one over, the game was all but done. Martin kept the fight going but Ashleigh Gardner held her nerve to seal a four-run win and qualify for the semi-finals of the ICC Women's World T20 where they will join India, England and South Africa.

The victory once again highlighted Australia's resilience in the face of adversity, having to cope with the loss of Perry. Wareham and Schutt's three wickets complimented Beth Mooney's crucial 60 after New Zealand had chosen to bowl at the Junction Oval. Mooney started off aggressively with two boundaries off Leah Tahuhu but Alyssa Healy's poor form continued as she chipped Hayley Jensen to midwicket for 9. Mooney got good support from skipper Meg Lanning who looked in confident touch. Lanning slammed two fours off Anna Peterson but she fell for 21 in attempting a sweep.

Mooney continued on her merry ways with a six off Mair and Ashleigh Gardner started well. The left-hander launched her second six, this time of Peterson and she reached her fifty with two boundaries off Devine. New Zealand got the big wicket of Mooney thanks to a superb catch from Suzie Bates but Rachel Haynes and Ellyse Perry ended the innings with a flourish as Australia ended on 155/5.

Rachel Priest once again started off in a blitz while Sophie Devine also started superbly. Jess Jonassen, though, provided the breakthrough by getting Priest for 17, but Devine and Bates continued to keep the momentum going. Georgia Wareham came into the attack and she struck in her first over as she removed Bates for 14 with Australia getting a review correctly. Maddy Green got off the mark with a six off Nicola Carey but Australia had a shot in the arm when Wareham dismissed Devine for 29 after the New Zealand skipper hit a six couple of overs ago. 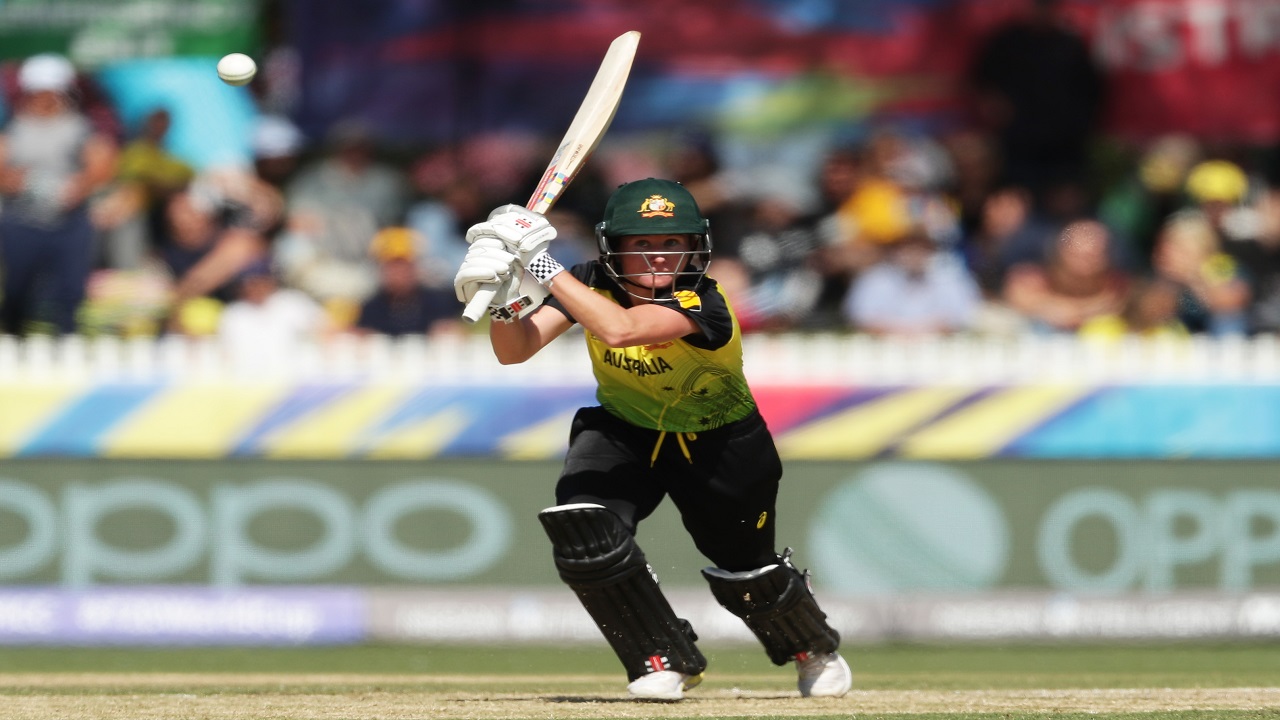 Beth Mooney hit 60 and she was the key in Australia's score against New Zealand at the Junction Oval in Melbourne. (Image credit: Getty Images)

Green was joined by Katey Martin as the duo hit 16 runs in one over bowled by Carey, with Green smashing a six and a four. Just when it looked like New Zealand were staging a recovery, Wareham picked her third wicket by dismissing Green for 28 to finish with 3/17. Australia almost closed the contest with Schutt taking two wickets in the 17th over but Peterson and Martin smashed 12 runs in Jess Jonassen's over. However, it proved to be a tall task and despite a six and a four in the final two balls by Martin, New Zealand once again suffered heartbreak.