David Warner and Aaron Finch slammed fifties and shared a partnership in excess of 100 to boost Australia to a win against South Africa in Newlands. (Photo Credit: Getty Images)

David Warner and Steve Smith were returning to Newlands, Cape Town for the first time since the infamous sandpapergate fiasco in the Test match. As has been the norm ever since their arrival, right from England to South Africa, they have received hostile receptions. However, the hostility has only made them more focused and it led to a series win against a demoralised South Africa side. David Warner and Aaron Finch smashed fifties in their 120-run partnership and Steve Smith blazed away to 30 off 15 balls as Australia ended on 193/5. Mitchell Starc and Ashton Agar took three wickets apiece as South Africa were humiliated by 97 runs to lose the Twenty20 International series 1-2 in Cape Town on Wednesday.

South Africa chose to bowl and their plan immediately backfired with Finch, in prime form, taking the attack to Kagiso Rabada yet again. Finch blasted two fours and a six in the third over. Anrich Nortje was also taken to the cleaners with David Warner hitting him for three consecutive boundaries in the fifth over as Australia notched up the fifty in quick time. Finch and Warner continued the onslaught, with the Aussie skipper hitting two fours off Lungi Ngidi while Warner smashed Dwaine Pretorius for a six. Finch notched up his fifty first and Warner joined in with another big six off Pretorius s the partnership sailed past 100.

Nortje, though, got the wicket of Warner for 57 and when Tabraiz Shamsi got the wicket of Finch, it looked like South Africa would pull things back. Mitchell Marsh and Matthew Wade tried breaking the shackles with a six apiece but Ngidi got rid of Wade in the 16th over. South Africa seemed to have checked the scoring but on 6, Rabada bowled Steve Smith but he overstepped. Smith made South Africa pay by smashing two sixes off Nortje in the final over as 20 runs came in the over and Australia finished on 193/5.

Starc And Agar Run Through

Quinton de Kock, who had helped South Africa level the series with a win in Port Elizabeth, got going with a four but Mitchell Starc's sheer pace proved too much and he was knocked over for 5. The loss of their skipper cheaply proved to be deadly and South Africa simply had no answers. Rassie van der Dussen looked good with two boundaries off Starc but the bowler got rid of Faf du Plessis for 5. Heinrich Klassen smashed a six off Kane Richardson and looked good along with van der Dussen as they stitched a solid stand. Adam Zampa, though, dented the Proteas further with the wicket of Klassen for 22. 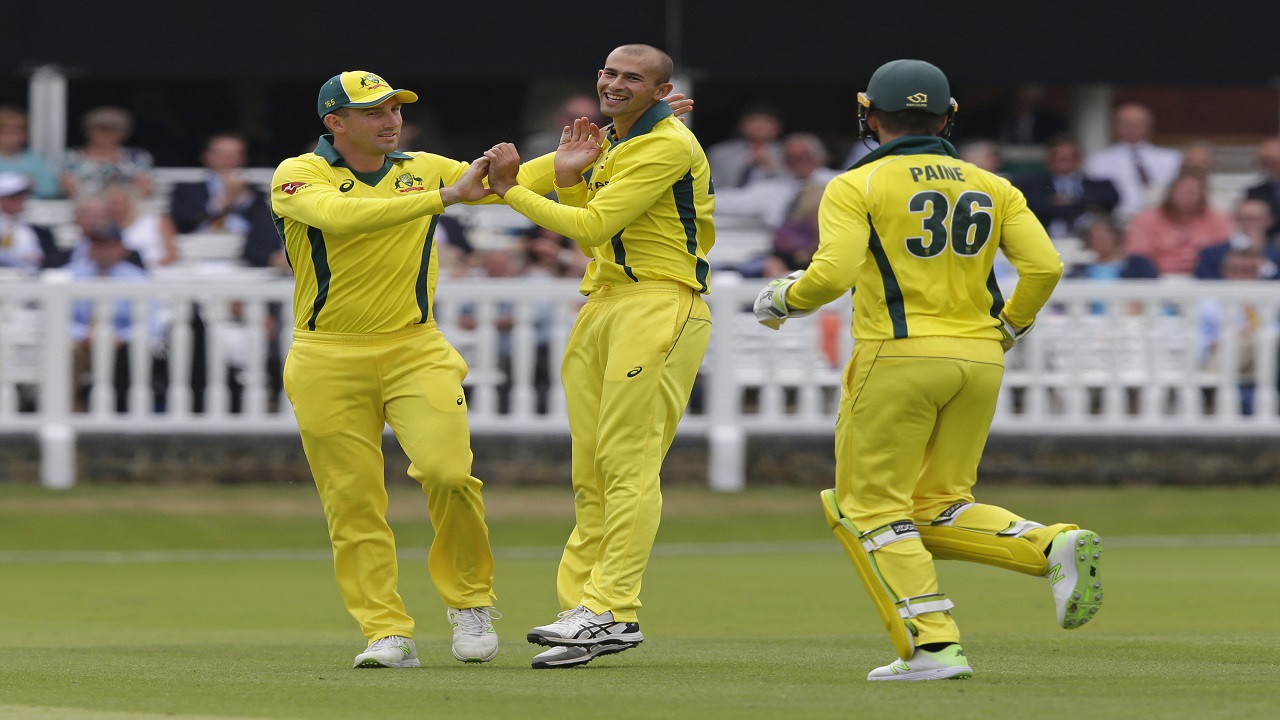 Ashton Agar was once again the pick of the bowlers with 3/16 in Newlands. (Image credit: Getty Images)

Ashton Agar then sent back the well-set van der Dussen for 24 and the innings just folded up. Zampa got the wicket of Pite van Biljon and at 65/5 in 10 overs, the game was up. David Miller was sent back by Pat Cummins while Mitchell Marsh then sent back Dwaine Pretorius. Agar was once again on a hat-trick when he sent back Nortje and Ngidi but Tabraiz Shamsi kept out the hat-trick ball. Starc came back and trapped Rabada in front as South Africa's winless streak in series across all formats now stretched to over one year.

The action now shifts to the three ODIs with the first match beginning at Boland Park in Benoni on March 29 followed by the remaining two games on March 4 and March 7 at Bloemfontein and Potchefstroom.