The Second Match Of The Ongoing Women's Twenty20 International Tri-series Between Australia, England And India Witnessed A Classic Match With England Winning Against Australia Thanks To A Super Over.

England were boosted by Heather Knight as they won the Super Over clash against Australia in Canberra. (Photo Credit: Getty Images)

The ongoing series between New Zealand and India has seen two thrilling Super Overs. The first match in Hamilton saw Rohit Sharma sealing the match with two sixes off the last two balls. The second match in Wellington saw New Zealand botch up yet another attempt at victory as India won the match to take a 4-0 lead in the five-match series. With Super Overs being the trend in New Zealand, the madness has spread even to Australia with the Women's T20 Tri-Series between England and Australia at the Manuka Oval in Canberra also ending in a tie. In this case, England came out on top as they won the Super Over to get back on track following their earlier loss to India.

Australia chose to bowl in Canberra and they removed the openers in quick succession. Amy Ellen Jones was run-out by Jess Jonassen while Danielle Wyatt was sent back by Ellyse Perry. When Natalie Sciver was dismissed by legspinner Georgia Wareham, it looked like England's woes against Australia would continue. However, skipper Heather Knight and Fran Wilson strung a partnership with Knight playing a brilliant knock. The skipper smashed a four off Wareham and targeted Jonassen with a big six to deep midwicket. Knight and Wilson targeted Annabel Sutherland with boundaries.

In the 17th over, Wilson launched Delissa Kimmince for a four and a six while Knight neared her fifty with a four. Knight notched up her fifty with two fours off Kimmince but in the final over bowled by Megan Schutt, there was carnage. Knight blasted two sixes and a four as the partnership went past 100 and England ended on 156/4.

In response, Beth Mooney and Alyssa Healy got going with two boundaries each but Healy, their gun batter, was sent back by Freya Davies. Mooney, though, showed her class and she got going with a six off Katherine Brunt. Ashleigh Gardner gave Mooney good company. The partnership looked good but Sarah Glenn broke the stand. England got the big wicket of Meg Lanning thanks to a superb delivery from Sophie Ecclestone. Mooney notched up her fifty and Ellyse Perry seemed to be guiding Australia towards the target. Perry hit a six but Glenn changed the course of the match by getting rid of Perry and Rachel Haynes in the 15th over. 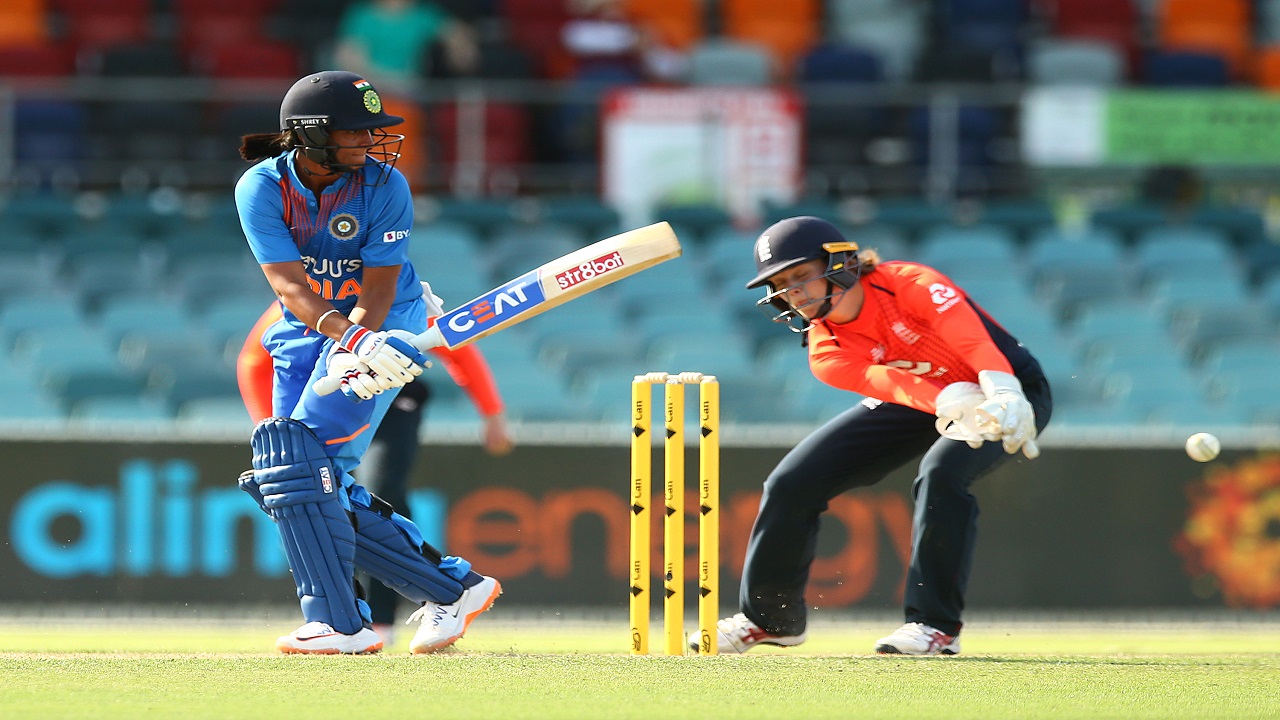 When Sciver took the wicket of Mooney for 65 and Jonassen in the same over, Australia still needed 40 off three balls. Sutherland smashed three fours off Brunt and Wareham also hit a boundary as 17 runs came in the 18th over. Sutherland found the boundary again and despite losing Wareham, Kimmince kept Australia in the game with a six. With 12 needed off the last over, Ecclestone conceded a four in the third ball and with three needed of the last ball, Kimmince managed just two runs as the match went into the Super Over. Ecclestone bowled a brilliant over again and despite a four by Healy, Australia Women ended on 8/0. Knight sealed the deal with two boundaries off Perry as England won a thriller.

England started their campaign poorly in the first match against India. After being inserted in to bowl, Rajeshwari Gayakwad struck twice while Radha Yadav and Shikha Pandey struck at regular intervals. Knight was once again the star with a brilliant 67 and she shared a brilliant 69-run stand with Tammy Beaumont. However, Deepti Sharma and Shikha Pandey struck towards the end to restrict England to 147/7.

In their chase of 148, Smriti Mandhana fell cheaply but Shafali Verma and Jemimah Rodrigues looked in great touch. Verma and Rodrigues both kept the scoreboard ticking. Although they lost Veda Krishnamurthy and Taniya Bhatia in quick succession, Harmanpreet Kaur and Deepti Sharma ensured there were no further hiccups. Harmanpreet hit a crucial boundary off Sciver while she blasted a six off Brunt to win by five wickets.