The Ongoing Australia Vs New Zealand ODI Series Has Been Postponed Due To The Ongoing Coronavirus Pandemic And The Remaining Two Games In Sydney And Hobart Will Not Go Ahead Even Behind Closed Doors.

The Australia vs New Zealand home and away series has now been postponed due to the coronavirus pandemic. (Photo Credit: Getty Images)

The move comes in the wake of New Zealand pacer Lockie Ferguson and Australia fast bowler Kane Richardson were tested for the coronavirus pandemic. Richardson was cleared of the virus while Ferguson has been placed under quarantine for 24 hours after complaining of a sore throat following Australia's 71-run win in the first ODI at the Sydney Cricket Ground. This comes in the wake of the Australia women's team tour of South Africa which was postponed in the wake of the coronavirus pandemic. 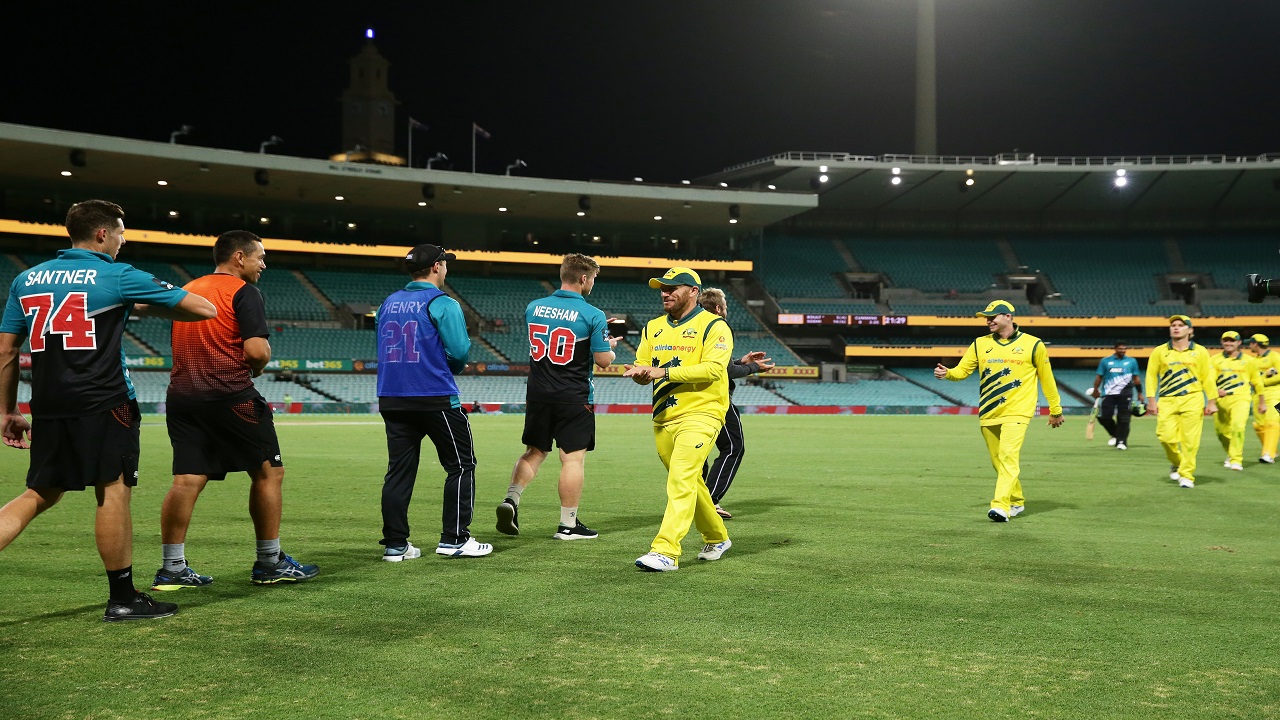 Australia will not tour New Zealand for three Twenty20 Internationals due to the coronavirus outbreak. (Image credit: Getty Images)

The Australia women's cricket team, who won the Women's World T20 for the fifth time, were slated to play three ODIs and two Twenty20 Internationals from March 22 to April 4. According to the ICC report, the New Zealand government has imposed a mandatory self-isolation period for those entering the country for 14 days and the border restrictions are also coming into place now. In a statement by New Zealand Cricket, it said it supported the decision. "NZC believes both these series can be replayed in their entirety at a later and more appropriate date. NZC understands and supports the government’s position. This is a time of unprecedented risk and peril, and the personal health and well-being of our players is paramount," the statement said.

The Coronavirus pandemic has absolutely devastated the sporting calendar. All major football tournaments, including the Serie A, La Liga, Bundesliga and Premier League have been postponed till April 3 while cricket is no exception. The Indian Premier League was postponed to April 15 while the India vs South Africa ODI series was rescheduled to a later date in the wake of the coronavirus. England's two-Test tour of Sri Lanka has also been postponed due to the coronavirus pandemic while Australia's return series against New Zealand is also in doubt.

For the first time in recent memory, India has suspended all visas. There are a few exceptions. Officials from the United Nations, the WHO and other diplomats will continue to get the Indian visas. The traffic on the international land borders have also been restricted.