The BCCI On Friday Put Out A Picture Of The Indian Teamâ€™s Jersey Bearing IAF Wing Commander Abhinandan Varthamanâ€™s Name And Number 1 On It As A Tribute After His Return To The Country From Pakistan.

The BCCI on Friday put out a picture of the Indian Team’s jersey bearing IAF Wing Commander Abhinandan Varthaman’s name and number 1 on it as a tribute after his return to the country from Pakistan.

Varthaman returned home from Pakistan on Friday to a hero’s welcome, two days after he was captured following a dogfight when his MiG 21 was shot down.

Pakistani officials handed over Varthaman to Indian officials, including from the IAF, at the Attari-Wagah Border late Friday. “#WelcomeHomeAbhinandan You rule the skies and you rule our hearts. Your courage and dignity will inspire generations to come #TeamIndia,” BCCI wrote in its twitter handle along with the picture. 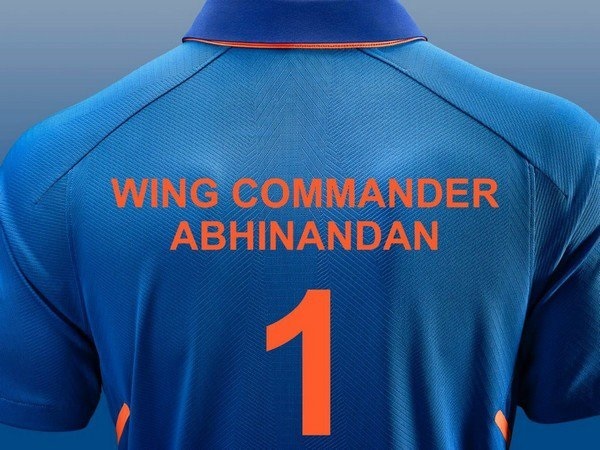 Sports persons, including top former and current cricketers, also took to twitter to welcome Varthaman. “A hero is more than just four letters. Through his courage, selflessness and perseverance, OUR HERO teaches us to have faith in ourselves.

“Real Hero. I bow down to you. Jai Hind,” he wrote. Former India opener Virender Sehwag also posted a sketch of Varthaman on his twitter handle.

“How proud we are to have you ! Bow down to your skills and even more your grit and courage #WelcomeBackAbhinandan . We love you and are filled with pride because of you. #WeAreSupposedToTellYouThis,” he wrote along with the picture.