Ben Stokes, Who Has Played A Massive Role In Putting England On The Cusp Of A Series Win In South Africa, Had An Angry Exchange With A Fan After Being Dismissed For 2 On A Rain-curtailed Day 1 In Johannesburg

Ben Stokes was abused by a fan in Johannesburg and he could be sanctioned by the ICC. (Photo Credit: Getty Images)

Ben Stokes has played a massive role in the ongoing series against South Africa as England stand on the cusp of a series win. Stokes blasted 47 and 72 and took three wickets on the final day as England levelled the series in Cape Town. In Port Elizabeth, his quick 120 helped England buy time and bowl South Africa out twice to register an innings win. On day 1 of the Johannesburg Test which was truncated by rain, Stokes was dismissed for 2 by Anrich Nortje but as he walked off, he was subject to abuse from a fan.

Witnesses told the Guardian newspaper that a middle-aged man, wearing a South Africa one-day cricket team shirt, had targeted Stokes, allegedly calling him a "ginger c***" and likening him to pop star Ed Sheeran. "Come say that to me outside the ground, you f****** four-eyed c***," Stokes said, according to television footage captured as he left the field and started to climb the steps leading to the dressing room.

England ended the day on 192/4 thanks to a solid 66 from Zak Crawley while Joe Root and Ollie Pope steadied the ship. However, all the talk was on Stokes' conduct and he could face disciplinary action for uttering an audible obscenity, which is a level one offence according to the International Cricket Council's code of conduct. Stokes, though, took to Twitter to regret his conduct.

Ben Stokes offering somebody out. Things you love to see. National hero.

Will still get a ban though. pic.twitter.com/M0pn2CzyQK

"I wish to apologise for my language that was heard on the live broadcast today after my dismissal. I should not have reacted in that way. As I was leaving the playing area, I was subjected to repeated abuse from the crowd. I admit that my reaction was unprofessional, and I sincerely apologise for the language I used, especially to the many young fans watching the live telecast around the world. Throughout the Tests so far, the support from both sets of fans (England and South Africa) has been brilliant. One incident will not ruin such a competitive series, which we are determined to win," Stokes said in a statement released on his Twitter account.

Not The First Time In Johannesburg

Spectators at the Wanderers have a reputation for being among the rowdiest in the world, going back to 1994/95 when Australians Merv Hughes and Shane Warne were both subjected to abuse from the crowd. Hughes lashed out with his bat, hitting a wire fence, which was all that separated players from spectators, after being abused as he walked up a long series of steps leading to the dressing rooms after being dismissed in a Test match. 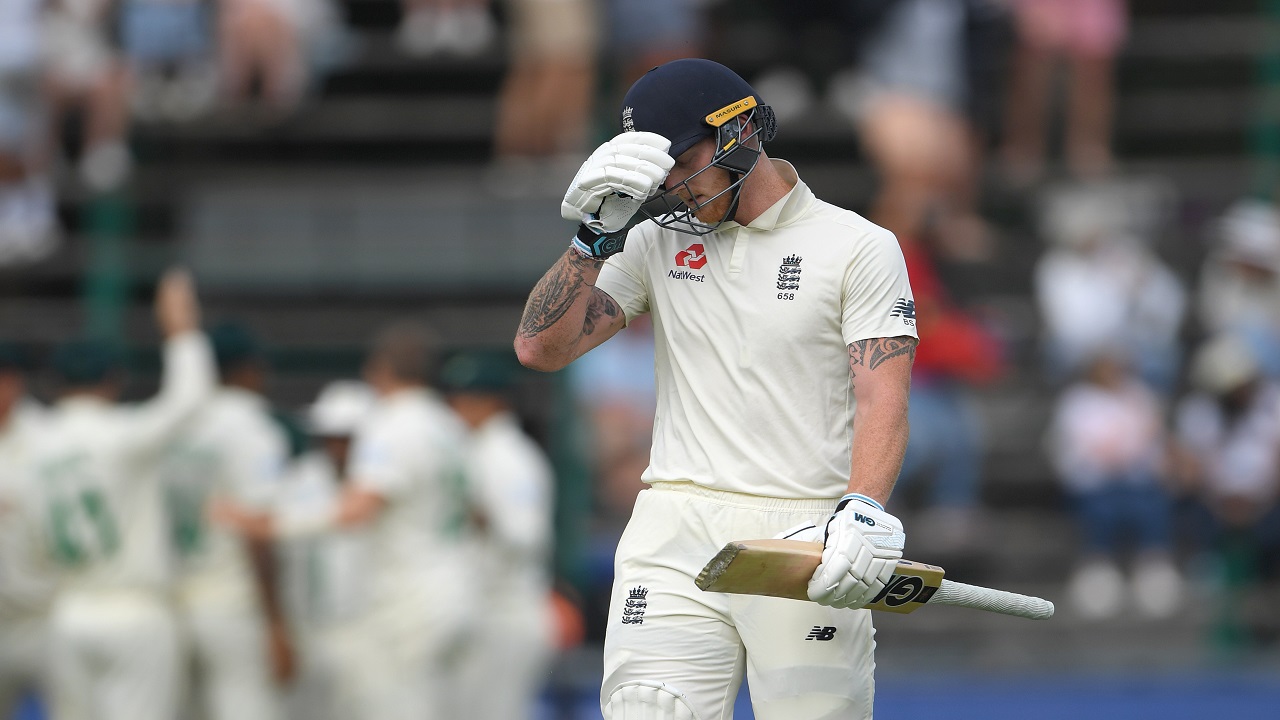 Following that incident a plexiglass cover was erected over the steps, separating players from spectators in what was jocularly renamed the 'Merv Hughes tunnel'. The incident involving Stokes happened just before the player stepped into the protected environment of the tunnel.

Ashley Giles, managing director of England men's cricket, asked for security and stewarding to be improved for the remainder of the match. Giles said it was "disappointing" that a member of the public had abused Stokes but said, "Ben is fully aware that he should not have reacted in the way he did."

Giles said members of the England support staff had also been subjected to personal abuse during and after the day's play. "We have requested to the venue to ensure that security and stewarding are enhanced for the remainder of the match so that players and staff members can go about their duties without provocation," he said.