Cheteshwar Pujara, Who Was Part Of The Video Call Held By Prime Minister Narendra Modi On Friday To Discuss Ways To Fight The Coronavirus, Has Called On People To Stay Indoors And Battle The Pandemic Like Soldiers.

Cheteshwar Pujara might not be able to play any cricket before India's tour to Australia that is scheduled to take place in November 2020. (Photo Credit: Getty Images)

Cheteshwar Pujara last cricket outing was the Ranji Trophy final between Saurashtra and Bengal at Rajkot. The final day was being played behind closed doors due to the coronavirus pandemic. The COVID-19 pandemic has completely locked down international sports, with cricket being affected in a major way. Cheteshwar Pujara was expected to have a county stint but with coronavirus postponing the entire County season to May 28 with fears of a cancellation looming, Pujara might not have any cricket to practice until the tour of Australia which could begin in November. In the interim, Cheteshwar Pujara is enjoying the "forced" break and most of his time goes into entertaining his two-year-old daughter. The closest he has got to a "hit in the nets" is by playing with a plastic bat.

Recently, Pujara was one of the elite Indian sportspersons who attended the video call held by Prime Minister Narendra Modi on Friday to discuss ways to fight the coronavirus. India is in the middle of a 21-day lockdown which was imposed on March 24 to fight the pandemic. Speaking to PTI from his hometown of Rajkot, Pujara said every individual must behave like a soldier and defeat the coronavirus by following the norms.

"The Prime Minister wanted us to pass on the fighting spirit of a sportsperson to the general public. Sportspersons do inspire to fight. Most of us are following the government guidelines on lockdown but there are still some who are taking the virus casually. They don't realise that they could too be affected. Every single person is a soldier at the moment. If you stay indoors, you are fighting the battle for your own country. There has to be a collective effort else we can't win this," Pujara said.

Pujara is glad that he is not too focused on his cricket and that he gets time to spend with his daughter. However, a gym at home means he is not compromising on his fitness. "That is also for entertaining my daughter. No serious stuff. All of that can wait at the moment. I usually take everything in a positive way. Sometimes you need to take a break as a sportsperosn and there can't be a better time. We just won the Ranji and it is the right time to take three to four weeks off. Luckily I have a gym at home. Being a small town guy, I can't go out to the gym and train there (because he will be mobbed). With gym at home, I can still do my strength sessions, cycling and running. I also do yoga which helps a lot," Pujara said. 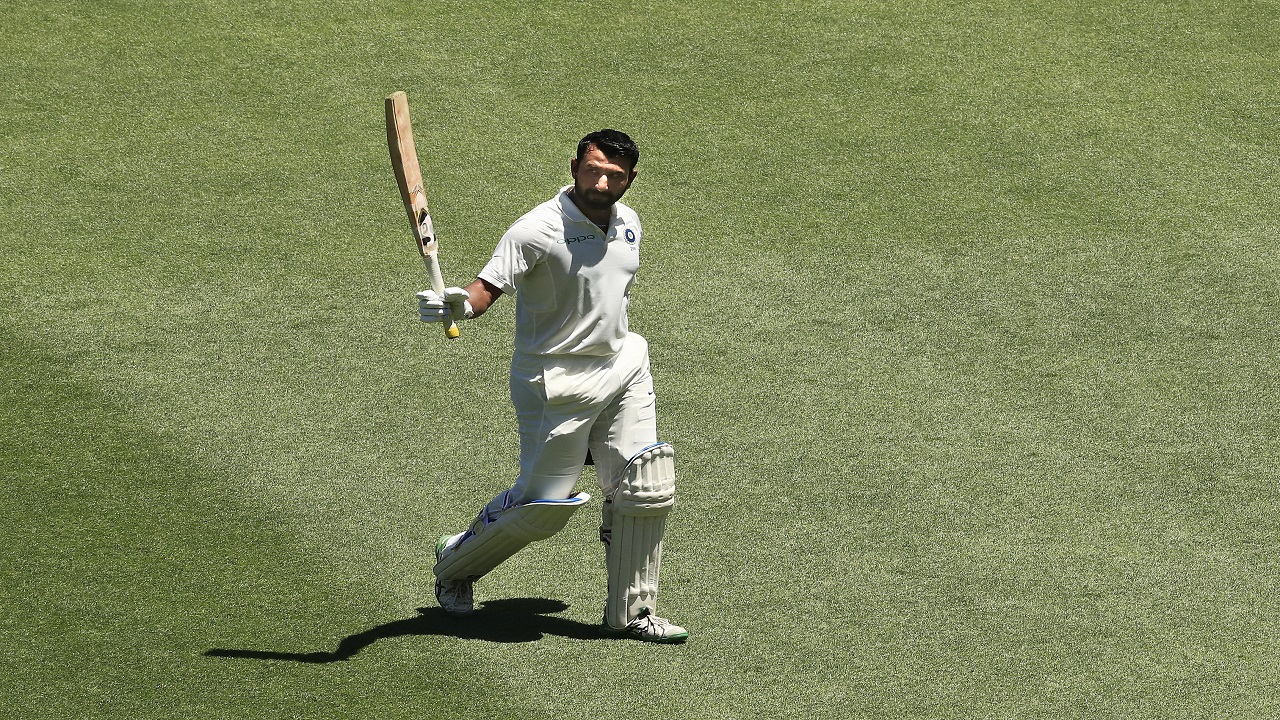 Cheteshwar Pujara smashed 521 runs at an average of 74 in the previous series against Australia. (Image credit: Getty Images)

Considering the current circumstances, Pujara might have to wait till the Australia tour starting November to play his first competitive game since the Ranji Trophy final. But he is prepared for any eventuality. The Saurashtra right-hander might relish the chance to do well in Australia again, having played a key part in helping India win a series Down Under for the first time in history in their previous visit in 2018/19. In that series, Pujara scored 521 runs at 74.42, including three hundreds in Adelaide, Melbourne and Sydney. His long hours in the middle and pacers' stellar performances, especially Jasprit Bumrah made all the difference.

"A person's life is much more important than a sporting event. All the sporting events (including Olympics) have been postponed. One has to be prepared as we are going through rare times. We just need to make sure the virus is contained and things get back to normal. After that we can talk about the game. I would still say it was a collective effort. Yes, I did perform exceptionally well. I am happy about that, no doubt, but when we go back again you have to start from the scratch. It (past performance) will help me for sure but one has to prepare again. You can't take your past glories to the current series," Pujara said.