Chris Gayle Has Described Pakistan As One Of The Safest Places To Tour During His Current Stint In The Bangladesh Premier League As The Stand-off Between Pakistan And Bangladesh Continue.

Bangladesh have proposed splitting the tour of Pakistan in two halves, with the Twenty20 Internationals being played first. (Photo Credit: Getty Images)

Bangladesh are slated to tour Pakistan for the first time since 2008 for a series of two Tests and three Twenty20 Internationals. However, there is a current stand-off between the two nations as Bangladesh are not satisfied with the level of security provided. Bangladesh have proposed playing all the Twenty20 Internationals in Pakistan along with one Test but they want one Test to be played in Dhaka. Pakistan have made it clear that they will not play the Tests in a neutral venue. With the security factor proving to be a major sticking point, Chris Gayle, who is currently playing for Chattogram Challengers in the Bangladesh Premier League, has weighed in on the situation and said a surprising thing about Pakistan.

"Pakistan is one of the safest places right now in the world. They say you will get presidential security so you are in good hands. I mean we are in good hands too in Bangladesh, right?", Gayle said. International cricket teams stopped coming to Pakistan after the deadly Lahore terror attacks on the Sri Lankan cricket team on March 1, 2009 which left several policeman dead and Sri Lankan players injured. After a lull of six years, Zimbabwe came to tour the country for three matches.

After the Zimbabwe series, an ICC World XI side, West Indies and Sri Lanka came to tour Pakistan. However, Test cricket was still played in neutral venues in the UAE as Pakistan established a period of dominance.

Fittingly for Pakistan, it was the Sri Lankan cricket team that ensured that the country's isolation would end. In 2019, Sri Lanka came back to Pakistan for three ODIs and three Twenty20 Internationals. The major breakthrough was the two-Test series which was part of the ICC World Test Championship. Karachi hosted an international game after 10 years while Rawalpindi also hosted a Test. After the first Test was ruined by rain, Pakistan gave their fans plenty to cheer by winning the Karachi Test thanks to the heroics of Babar Azam and Abid Ali. 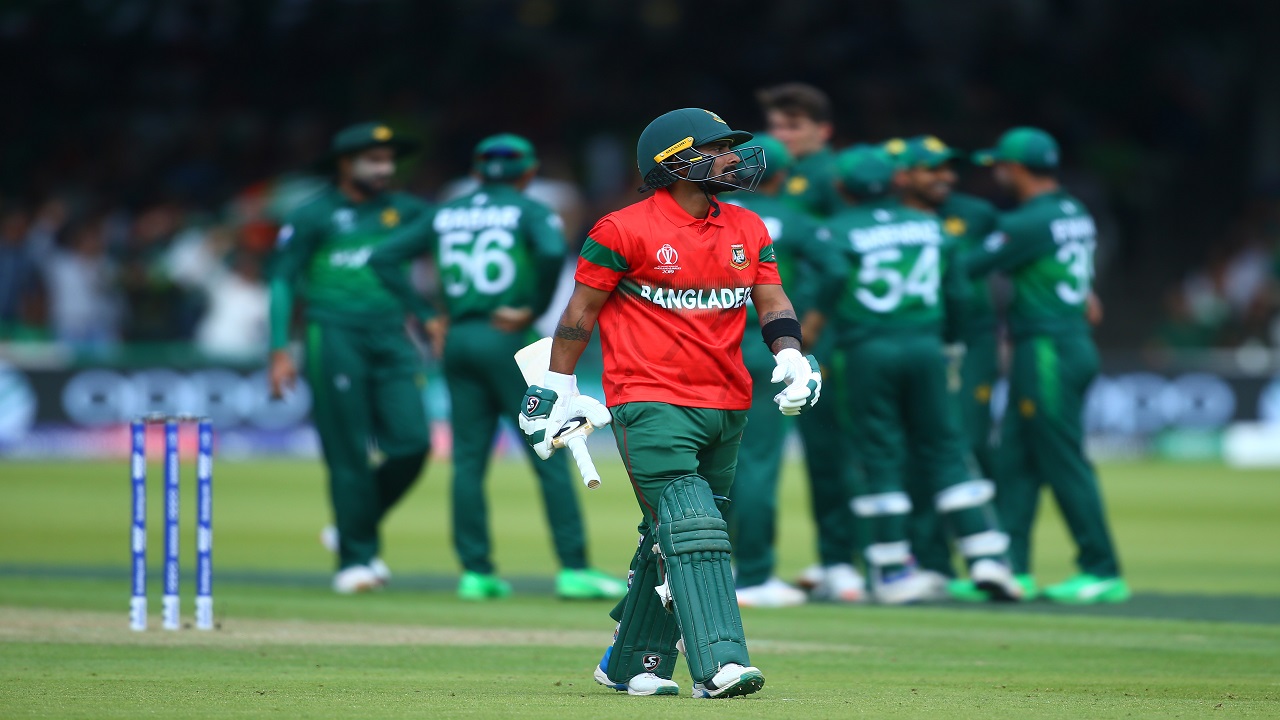 Bangladesh have not toured Pakistan for a Test series since 2003. (Image credit: Getty Images)

The current stand-off between Bangladesh and Pakistan has frustrated the Pakistan Cricket Board (PCB) and according to sources within the board, a decision will be taken in the coming week. "Nazim-ul-Hasan has assured Mani he will be speaking to the players and coaching staff of the national team and will convey a final decision on touring Pakistan in the next 24 to 48 hours. Mani and Hasan had a positive discussion and chances are a middle road will be found to make this series possible," the source said.

However, the BCB president Nazmul Hassan Paponhas proposed splitting the tour into two halves. "We informed them that we wanted to play three T20Is first and return home. We told them that we might tour Pakistan later on to play the Tests if we manage to reschedule the tour, but they are more interested in hosting Tests as it is a part of the ICC Test Championship. They said they have no problem hosting three Twenty20s later on. We are yet to take a final decision on that. I hope we will take the final decision tomorrow," Nazmul said.