Kane Richardson, The Australia Pacer, Is Undergoing Tests For The Coronavirus After He Complained Of A Sore Throat After Returning Back From The Tour Of South Africa Which Featured Three ODIs And Three Twenty20 Internationals.

Kane Richardson has undergone testing for the coronavirus and results are awaited. (Photo Credit: Getty Images)

Kane Richardson, the Australia pacer, will miss the first ODI against New Zealand in Sydney after he underwent testing for the novel coronavirus pandemic. Richardson is under quarantine and results of the test are awaited. In a report by Cricket Australia, Richardson returned from the tour of South Africa last week and he informed the medical staff of a sore throat on Thursday. A Cricket Australia spokesperson told the official website, "Our medical staff are treating this as a typical throat infection but we are following Australian Government protocols that require us to keep Kane away from other members of the squad and perform the appropriate tests given he has returned from international travel in the last 14 days. Once we receive the results of the tests and Kane recovers in the next few days we expect he will re-join the team. We will not be making further comment until something changes," the spokesperson said.

Cricket Australia said spectators who had bought tickets to the event would be eligible for a full refund. Media would be allowed in, but "a precautionary perimeter" would be set up to distance them from players during press conferences. Cricket Australia said the fate of Australia's three-match Twenty20 series in New Zealand later this month was still being considered. However, a tour by Australia's women's cricketers to South Africa due to begin on March 22 was suspended until further notice. Australia has reported at least 150 cases of coronavirus so far, including among fans who attended the women's T20 Cricket World Cup final and a Super Rugby match, both in Melbourne last week. 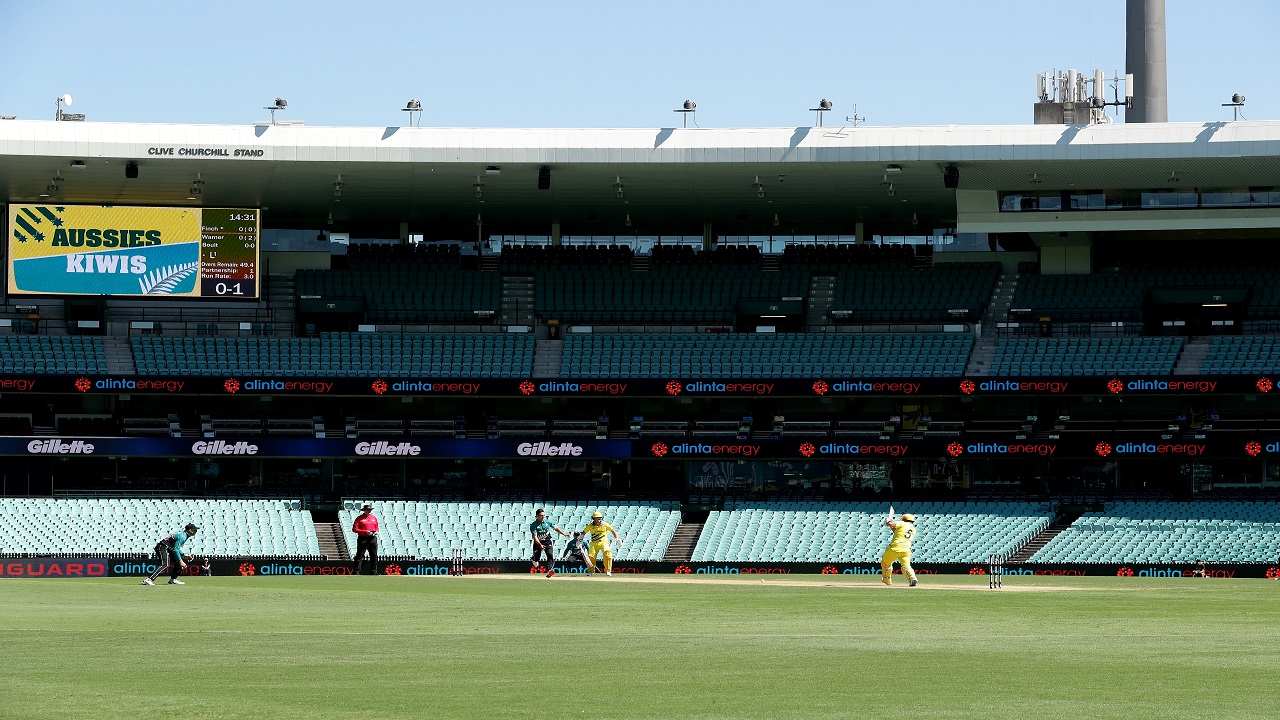 The Australia vs New Zealand matches are being played behind closed doors in the wake of the coronavirus. (Image credit: Getty Images)

Speaking about the measures, Cricket Australia chief Kevin Roberts said the right decision has been taken in order to minimise the risk of the Coronavirus pandemic. Cricket Australia's sport science manager Alex Kountouris said these were the most responsible course of action based on expert advice.

Also Read | India Vs South Africa ODI In Dharamshala Abandoned, Lucknow Game To Be Played In Front Of Empty Stands

The coronavirus pandemic has wrecked not just cricket but international sports the world over. The final two India vs South Africa ODIs will be played without spectators in the stadium. This comes after an advisory from the Indian government earlier in the day, asking unavoidable sports events to go on without large public gatherings. A call on the IPL, that starts March 29, is still awaited with the Indian Premier League Governing Council set to meet on March 14 to discuss the fate of the tournament.