The Coronavirus Pandemic Might Impact Sports In The United Kingdom Until 2021 According To A Government Health Report Which Has Stressed That Over 7.9 Million People Might Be Affected By The Virus In The Next 12 Months.

The 2020 English County season could result in portions of the tournament getting cancelled, postponed or played behind closed doors. (Photo Credit: Getty Images)

The coronavirus pandemic has wrecked sports and society all over the globe. In the United Kingdom, the Premier League and other sporting events have been suspended till April 3 in the wake of the coronavirus pandemic. With the cricket season beginning in April and with international matches set to begin from June 4 with England taking on the West Indies in three Tests, there is a big doubt over the status of all these games. However, if government reports are to be believed, sports in the United Kingdom is set to take a massive hit for close to one year due to the coronavirus pandemic. In an exclusive report in The Guardian, a secret Public Health England (PHE) briefing for some National Health Service (NHS) officials has revealed that the coronavirus might circulate in the country for close to 12 months. In the document released by the PHE, it said that 80 percent of the population is expected to be infected and upto 7.9 million could be hospitalised.

According to one epidemiology expert, the coronavirus could dip around June but make a comeback in November. The United Kingdom has 1391 cases and there have been 35 deaths reported. This latest report by the PHE could impact sports in the long run in the United Kingdom. The Premier League, which is expected to resume in April 3, might be called off and the championship could be left vacant. This could deal a huge blow to Liverpool's prospects of winning the title for the first time in 30 years as they lead by over 20 points but the coronavirus could end football in the United Kingdom prematurely.

With the coronavirus pandemic wrecking havoc in Spain and Italy as well as in Germany, the UEFA Champions League and the Europa League could also get affected. The same might apply for cricket as well. England begin their home summer with three Tests against West Indies which is part of the ICC World Test Championships but there is a big question mark on whether that series will take place as health experts believe that May end and June start could be the peak period of the coronavirus. However, the County season is in major doubt. 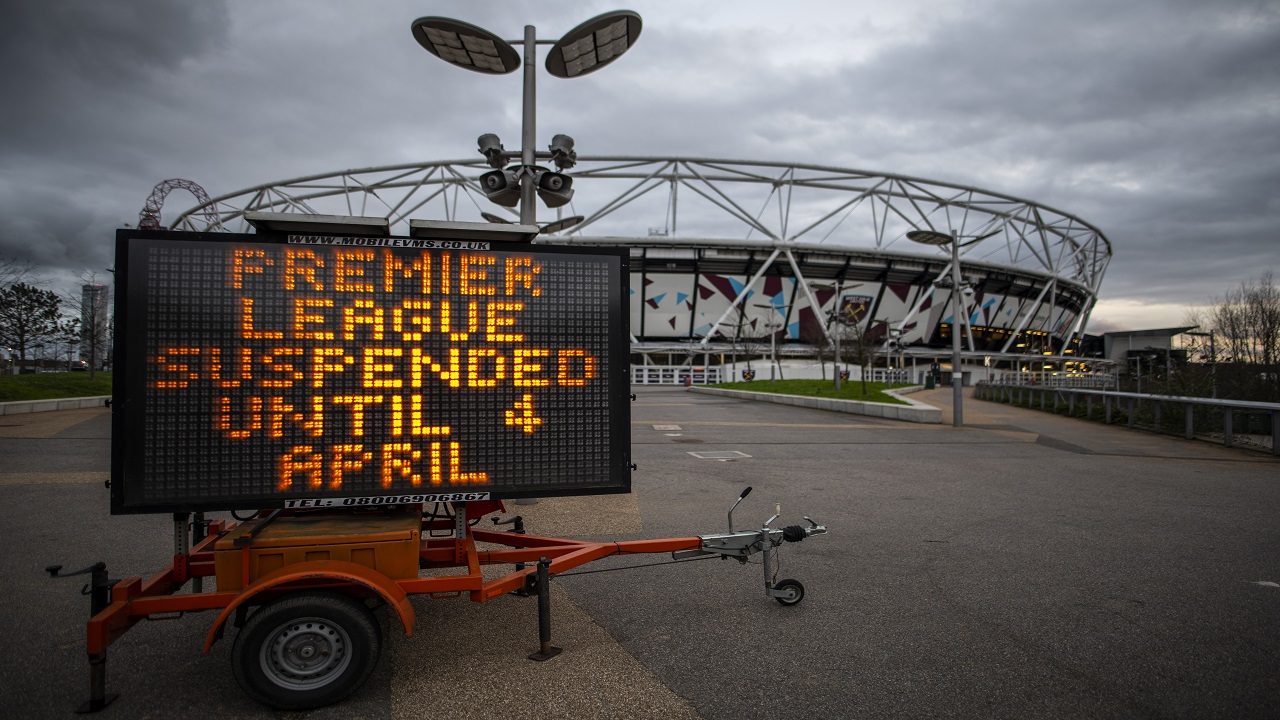 The Premier League has been suspended until April 4 due to the coronavirus pandemic. (Image credit: Getty Images)

In a report on ESPNCricinfo, the England and Wales Cricket Board are preparing a contingency plan and are prepared to face the fact that portions of the domestic county season could be played behind closed doors, postponed or cancelled outright in the wake of the coronavirus. Even UK Prime Minister Boris Johnson is considering an outright ban on sporting events in the wake of the pandemic.

Football Association chairman Greg Clarke has reportedly told the Premier League he does not believe the domestic football season will be completed because of the coronavirus pandemic. The Premier League suspended all fixtures at an emergency meeting on Friday. Matches in the English Football League, FA Women's Super League and Women's Championship are also on hold. "It was unanimously decided to suspend the Premier League with the intention of returning on 4 April, subject to medical advice and conditions at the time," the Premier League said in a statement.

Clarke said at the meeting that he did not think it was feasible for the season to be completed, according to a report in the Times. The coronavirus is not expected to peak in Britain for many weeks, raising doubts over an early April re-start for the Premier League. The Times said it is understood that Brighton and Hove Albion chief executive Paul Barber also questioned the brevity of the suspension. Richard Masters, the Premier League chief executive, is reported to have said it would at least allow time to consider the potential consequences and debate the possible solutions.

The decision was taken after Arsenal manager Mikel Arteta and Chelsea winger Callum Hudson-Odoi tested positive for COVID-19. Arteta welcomed the move to put the season on hold. "Feeling better already," he tweeted. "We're all facing a huge and unprecedented challenge. Everyone's health is all that matters right now."