Darren Lehmann, The Former Australia Coach Who Stepped Down In The Aftermath Of The Sandpapergate Scandal, Had His Twitter Account Compromised.

Darren Lehmann stepped down as the head coach of the Australia cricket team in the aftermath of the ball-tampering scandal in Newlands, Cape Town in 2018. (Photo Credit: Getty Images)

Darren Lehmann, the former Australia coach who stepped down in the aftermath of the sandpapergate scandal during the Cape Town Test in 2018, has had his official Twitter handle compromised. In his hacked Twitter handle, his profile read, "F*** Iran". He also tweeted stating, "I fully support @realDonaldTrump. F*** Iran. rest in piss qassem soleimani." His profile picture was also changed with a random photo of a person wearing a shirt which had the caption 'Lead, Never Follow.'

The US assassination of Iranian military commander Qasem Soleimani last week has raised fears of an all-out conflict, with President Donald Trump threatening "major retaliation" if Tehran makes good on a pledge to avenge the killing. Iran unfurled a 'red flag of revenge' on an important mosque in after vowing to avenge the killing of its top general in airstrike by US drones. The red flag was hoisted above the Jamkaran Mosque which is on the outskirts of the holy city of Qom, about 100 miles south of Tehran.

In Shiite tradition, red flags symbolise both blood spilled unjustly and serve as a call to avenge a person who is slain. The text on the flag says: "Those who want to avenge the blood of Hussein". The flag can be seen as a clear warning that Iran is getting ready to strike back at America. 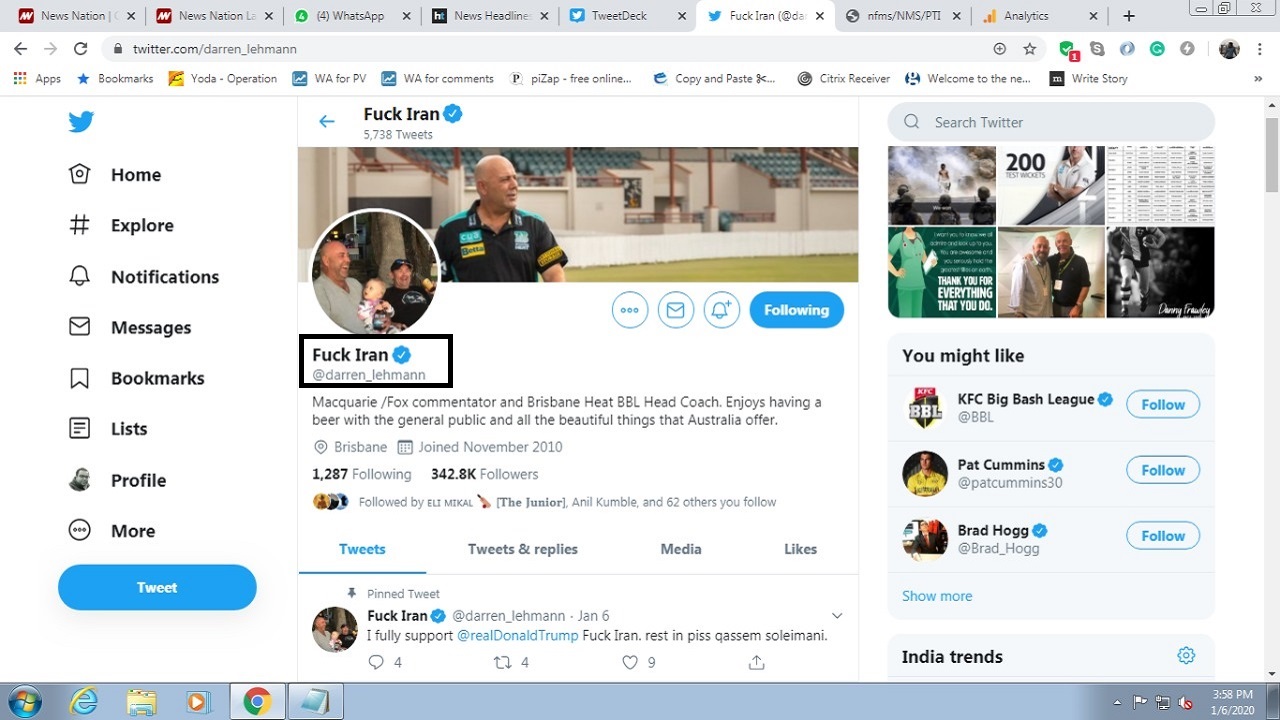 General Qasem Soleimani, the head of Iran's elite Quds force and mastermind of its regional security strategy, was killed in an airstrike early Friday near the Iraqi capital's international airport. Soleimani and Mohandis were killed along with eight others in a precision drone strike early Friday as they drove away from Baghdad international airport in two vehicles.

Lehmann, former Australia coach who quit in the aftermath of the Newlands ball-tampering scandal, has revealed the emotional toll on him and claimed Cricket Australia did not support him enough in the aftermath of the controversy.  "I saw people, and am still seeing people about it. That's a work in progress. I don't think people know how much it affects people behind the scenes, but that's one of those things that you go through," Lehmann was quoted as saying in a report in Sydney Daily Telegraph. 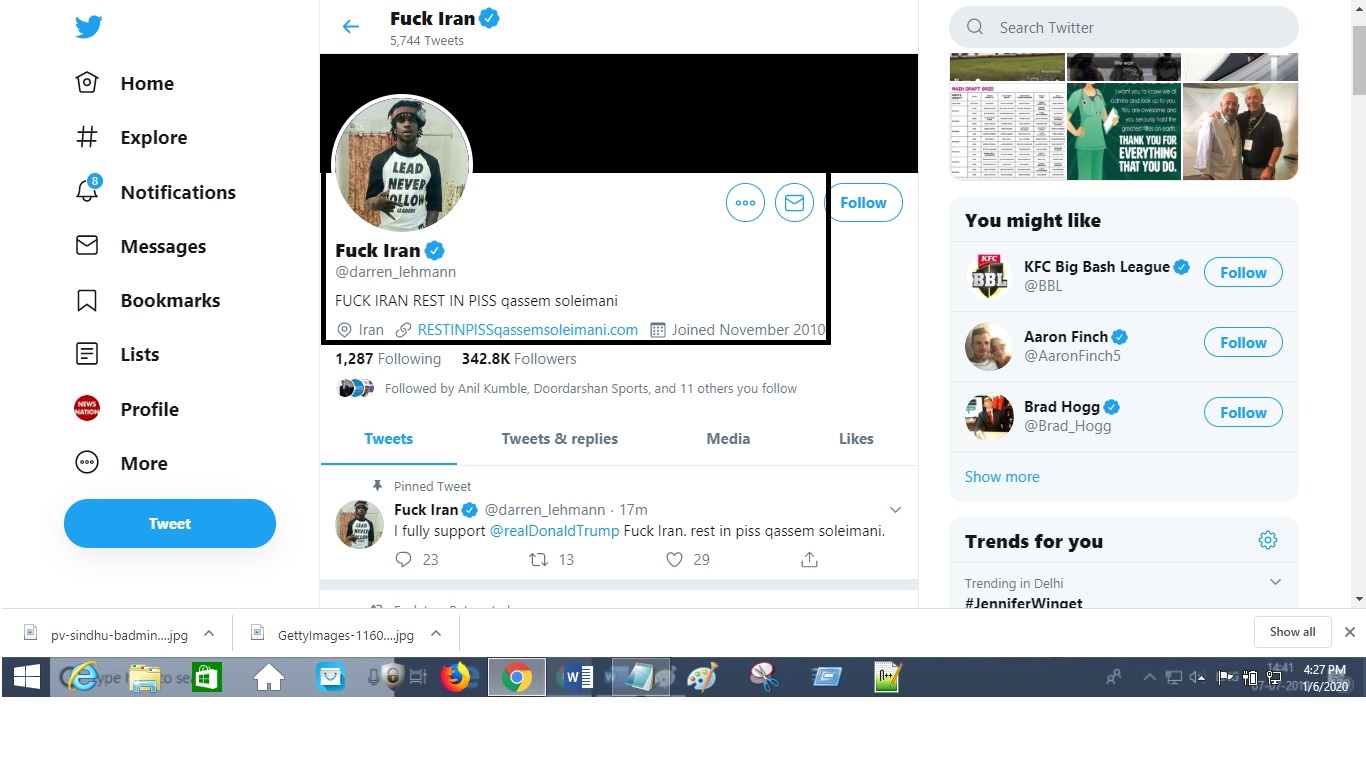 Lehmann took over as the coach of the Australia team at a time of crisis. Mickey Arthur was sacked just before the start of the 2013 Ashes in England. However, Lehmann turned the team’s fortunes and played a key role in Australia whitewashing England 5-0 in the Ashes encounter and helping the team win the World Cup for the fifth time. However, he was accused by critics of overseeing a toxic team culture that damaged the reputation of the famed Baggy Green cap.

While Lehmann and the three players paid a heavy price, no one at Cricket Australia has been held to account, although the governing body has accepted some culpability and former CEO James Sutherland has departed, along with team performance boss Pat Howard.