Darren Sammy To Be Honorary Citizen Of Pakistan, To Receive Top Civilian Award

Darren Sammy, The Former West Indies Cricket Team, Has Been Extended The Honorary Citizenship Of Pakistan And The President Of The Country Will Honour Him With The Nishan-e-Pakistan, The Country's Top Civilian Award The Day After The Pakistan Super League Final On March 23.

Darren Sammy has been part of the Peshawar Zalmi franchise ever since the inception of the Pakistan Super League T20 tournament. (Photo Credit: Getty Images)

Pakistan is now set to a new citizen with a Caribbean Flair. Darren Sammy, the former West Indies skipper who has been part of the Peshawar Zalmi franchise ever since the beginning of the Pakistan Super League T20, has been extended the honorary citizenship of Pakistan. The President of Pakistan, Arif Alvi, will honour him with the Nishan-e-Pakistan, the country's top civilian award the day after the Pakistan Super League final on March 23. Javed Afridi, who owns the Peshawar Zalmi, said that they had requested the Pakistan President to grant honorary citizenship to Sammy because of his services to Pakistan cricket and because the two-time World T20 winner was a popular figure in the country.

In 2017, the Pakistan Super League was still being played in the United Arab Emirates as foreign teams were refusing to tour Pakistan due to security concerns. One man decided to change that mindset and he went on to play a big role in convincing the Pakistan Cricket Board to hold the Twenty20 tournament in the country. That was former West Indies cricket team skipper Darren Sammy. The all-rounder, who has been part of the Peshawar Zalmi, helped the side to the title in front of a packed stadium in Lahore in 2017. 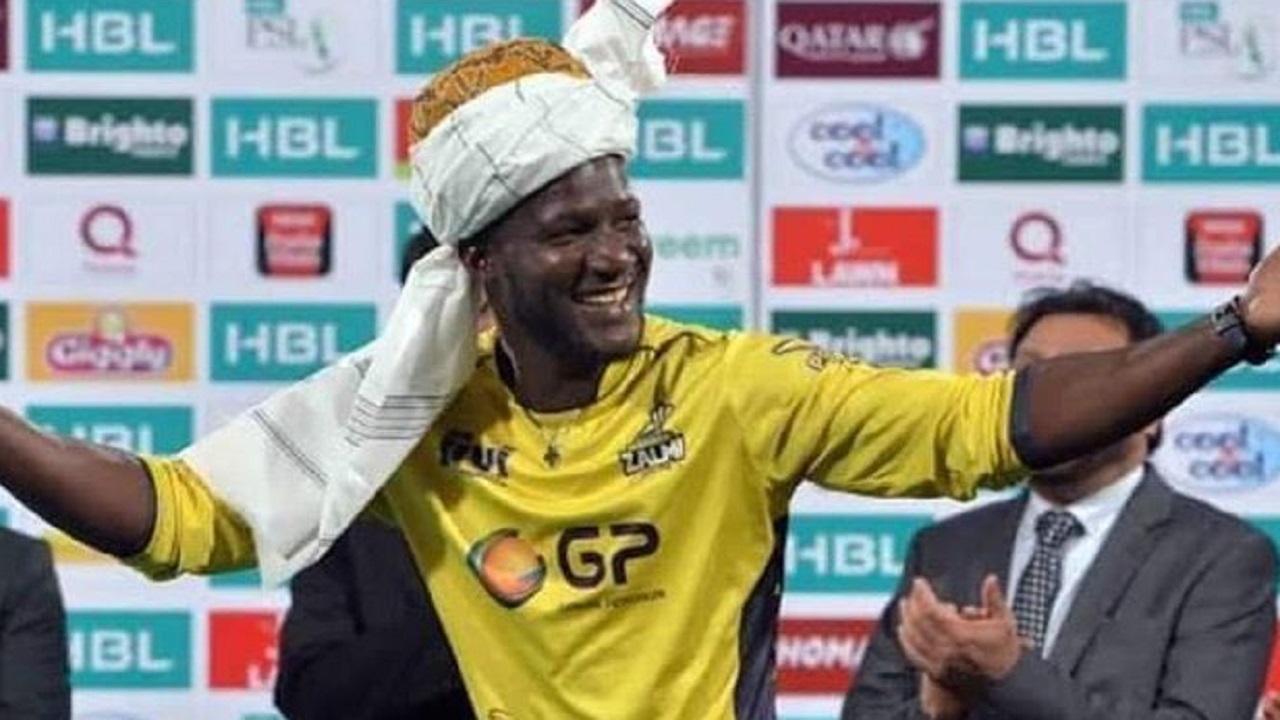 Darren Sammy was part of the ICC World XI for their T20I series against Pakistan in 2018. (Image credit: Twitter)

In a report on ESPNCricinfo at that time, Sammy said, "Apart from all the security and the protocol - once I stepped on the field, it felt like playing in St Lucia. That is my honest experience - the crowd were just hungry for cricket, to see their icons and role models play in the game. That is what it felt like. That is what I briefed the players when Andy Flower, the coach asked me about my experience. Everybody here has accepted that they are part of something more important than just their selves. To me, it's a place where I have a great connection and going back there, like I said through the PSL final, to bring cricket back to Pakistan, if we can be part of history, a greater purpose, it's a wonderful opportunity," Sammy said.

The ICC World XI tour to Pakistan featured many international players and the game was played to packed stadiums. This tour, in addition to the West Indies team earlier as well as Sri Lanka and Zimbabwe before this, paved the potential return of international cricket back to Pakistan. In 2019, Sri Lanka returned to Pakistan to play three ODIs and three T20Is. It was a return after a decade following the 2009 terror attack on the side in Lahore which saw several key Sri Lankan players injured. Pakistan won the ODIs 2-0 but were whitewashed 0-3 in the T20Is.

However, history was to be created when Test cricket returned to Pakistan after a decade with Sri Lanka playing two Tests as part of the ICC World Test Championships. The tour by Sri Lanka was followed by Bangladesh's first visit for Tests in Pakistan after 15 years. If there is one key factor among many for the return to international cricket in Pakistan, then it has to be Sammy and he is getting his just rewards.