The India Vs Bangladesh Twenty20 International Played At The Arun Jaitley Stadium In New Delhi Amidst Appalling Pollution Levels Showed The Powerful Nature Of The BCCI As Well As How Convenient Public’s Outlook Towards Pollution Is.

‘Breathlessness, Palpitation, Moist Eyes….You’re either in love or in Delhi’. This was one of the countless memes that was floating on social media in the aftermath of the deadly pollution that has enveloped Delhi-NCR ever since Diwali. The meme summed up the situation brilliantly. On the day of the India Vs Bangladesh game atthe Arun Jaitley stadium in New Delhi, a thick layer of smog engulfed the city. The Air Quality Index meters in the morning had gone off the roof. In Noida, the AQI level had crossed 1500. In JLN stadium, which was eight kilometres away from the Arun Jaitley stadium, the AQI reading until afternoon was 912. At Bahadur Shah Zafar Marg near the stadium, water cannons were deployed around the vicinity in order to keep the area moist so that the pollution would be under control. Forget the fact that the India vs Bangladesh match was the 1000th Twenty20 International. Forget the fact that Rohit Sharma became the most capped Indian player and theleading run-getter. Forget the fact that Bangladesh broke years of pain to win their first Twenty20 International against India. It was all about the pollution.

By evening, the AQI had improved. JLN stadium was showing an AQI off 470 while the reading at Major Dhyan Chand International was showing 370. Rajat Sharma, the DDCA chief, arrived at the media press box and was beaming. The AQI reading had dipped from apocalyptic to hazardous. The match was going to go ahead. The Bangladesh and India players had not complained about the pollution. when the AQI was over 700. With the reading of below 400, it was actually fresh air! In any other instance, if an England or Australia were asked to play in those conditions which were prevalent on Sunday, they would have stood up to the BCCI and said a flat no. However, in Bangladesh's case, it showed how the money might of the BCCI can trump even apocalyptic situations. In countries outside the sub-continent, this kind of situation would merit an emergency of unprecedented proportions. In India, it is just 'routine' stuff.

In the build-up to the match, while ordinary citizens were gasping for breath, the Bangladesh and India cricketers were practising at the stadium. Russell Domingo, the head coach of the Bangladesh cricket team was not sensitive to the situation when he remarked, “Air Pollution is not ideal but no one will die. The players have just got on with the game and haven't complained too much about it. It's only three hours so it's going to be easy.” Domingo’s insensitivity was given yet another new dimension by India batting coach Vikram Rathour and India captain Rohit Sharma. “Yes, there is pollution but we have to play as the game is scheduled,” Rathour remarked.

When a journalist asked Rohit about how pollution will impact the game, the Indian skipper chose wit rather than understand the situation by saying, “Masala chahiye lekin dunga nahin (You want something spicy but I am not giving it to you)” 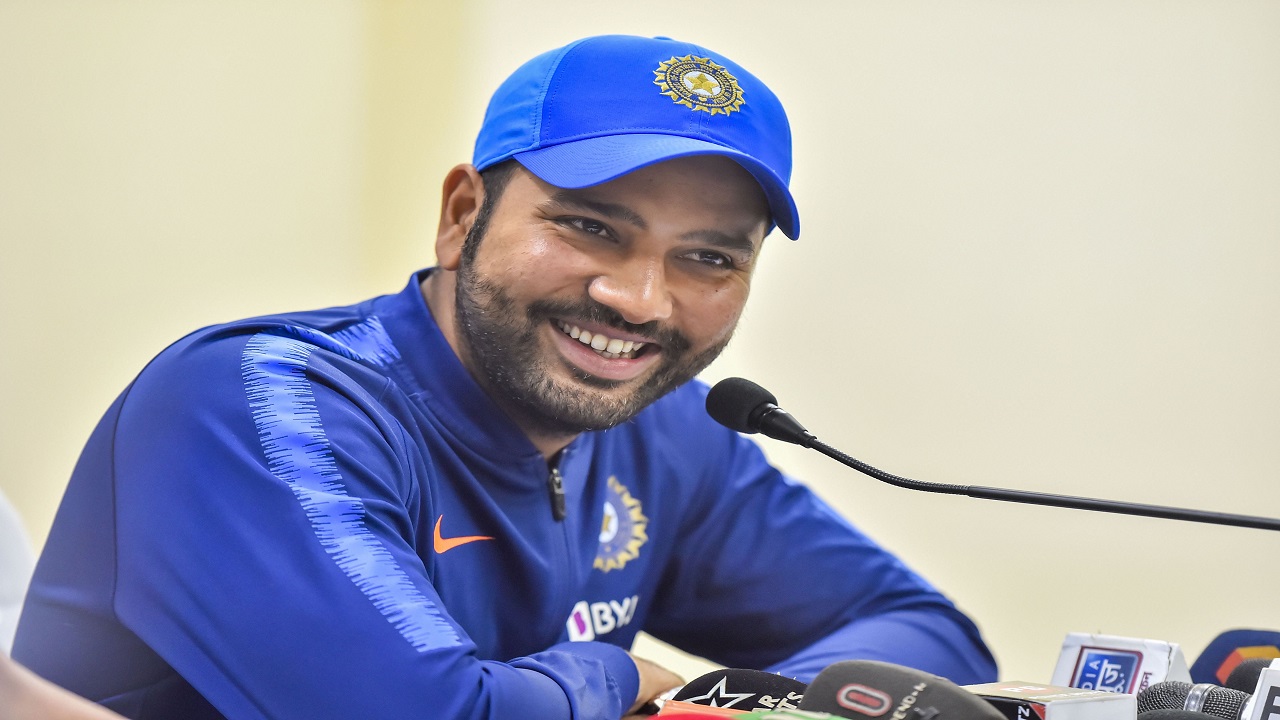 The Indian and Bangladesh players, along with the Delhi public did not take the air polllution too seriously. (Image credit: PTI)

The callousness and insensitivity shown by the India skipper and the Bangladesh head coach dispelled the notion that they would take a stance against the pollution. The message was clear right from the beginning. According to India and Bangladesh, there was no pollution. There was only a match to go ahead. There was money to be earned. The same Indian team went to extraordinary lengths to show their love for the nation in the aftermath of the Pulwama terror attack. Now, they chose to show their sportsmen image by playing in conditions that was appalling to say the least.

There is outrage among Delhi’s public due to the pollution. However, they have shot themselves in the foot countless times with their selective outrage. The capacity of the Arun Jaitley stadium is over 30,000 and on the day of the match, over 25,000 were in attendance. A majority of them did not wear face masks. One must remember that it was Delhi’s public who selectively get outraged at the pollution. When the Sri Lankan team arrived in Delhi in 2017, they were laid low by the pollution. Some players fell ill, vomitted and then wore the face masks.

The Delhi crowd labelled them losers and made fun of the fact that they could not cope with the ‘bad air’. The people of Delhi, in 2017, during the heights of the pollution blasted crackers while wearing a face mask. Talk about being blinded by a smokescreen! A food for thought, Colombo's AQI at that time was 107.

The crowd for the match was in excess of 25,000 and majority of them did not wear face masks. (Image credit: PTI)

The people at the stadium will be the same who will tweet about how the government is not doing enough to curb pollution. Delhi’s people let themselves down all the time. Period! If the match was cancelled, ensuring public order in the wake of the cancellation would have meant massive problems for the police, such is the nature of the Indian cricket crowd.

The Kotla Test against Sri Lanka was scheduled in December 2017 when the pollution level was hazardous in Delhi NCR. When pollution is a repeated trend during winters in Delhi, the choice of making Delhi the venue for the first Twenty20 International in the immediate week after Diwali showed that the BCCI lacked foresight. Of course, the Sourav Ganguly-led administration would now say they had no time as they were transitioning from the CoA period. But, the major question is, what has the Committee of Administrators done about this? Nothing!

The selective apathy from the public and the insensitivity shown by the cricketers only show that the air pollution issue is a matter of convenient outrage. The worrying thing is that the pollution in Delhi is not going away and will only increase in the coming years. Once again, there will be outrage and after that, people will get used to it and adjust to the situation as has been the trend of India ever since Independence.

The BCCI administration under Ganguly must acknowledge is that air pollution is a repeated trend in north India. The only way that they can make a statement is by not playing any kind of matches in the North during winter. That will only be a small but symbolic step. However, if one looks at the broader picture, this move is like a drop in the ocean. The pollution that is engulfing Delhi is the result of malaises which are beyond control. One can argue that cricket is being made a soft target, but if the players had chosen to take a stand, the fight against pollution in Delhi would have gained momentum.

DISCLAIMER: The opinions expressed by the author in this article are personal. News Nation does not purport to reflect the opinions or views of the organisation or its members.