Ellyse Perry, Australia's Star All-rounder Is In Doubt For The Shootout Against New Zealand In Melbourne In The ICC Women's World T20 As She Suffers From A Hip Injury.

Ellyse Perry is in doubt for the match against New Zealand in Melbourne due to a hip injury she sustained while fielding in the game against Bangladesh in Canberra. (Photo Credit: Getty Images)

The upcoming clash between Australia and New Zealand in the ICC Women's World Cup clash at the Junction Oval in Melbourne on Monday is a virtual shoot-out. A win for Australia will seal their spot in the semi-final of the tournament while a loss against the White Ferns could see the four-time ICC Women's World T20 champions not make it to the knock-out stages of the tournament. With Australia and New Zealand bouncing back with crucial victories over Sri Lanka and Bangladesh after their losses to India, there is plenty at stake in this tense encounter. However, there is some bad news for the Australian Women's Cricket Team involving one of their star players.

Ellyse Perry, Australia's talismanic all-rounder, is under a fitness cloud for the match against New Zealand after suffering a hip injury while diving in the field during Australia's 86-run win against Bangladesh at the Manuka Oval in Canberra. Speaking to the official Cricket Australia website, skipper Meg Lanning said Perry will be given every opportunity to prove her fitness for this titanic clash on Monday.

"We'll give her every chance to play tomorrow but we won't be able to make a call on that until tomorrow. She's the ultimate professional, she's doing everything she can to get herself up. I'm confident, and given who the player is, she's showed in the past she's extremely resilient and able to play through things. So if anyone is able to do it, it's Ellyse. It would change the dynamic of the team obviously, when you lose a world-class player like (Perry). But I said at the start of the tournament that we have 15 players who I felt could play a role at any point and that hasn't changed. If Ellyse is unable to play, we feel we've got people who can come in and play a role and do really well," Lanning was quoted in cricket.com.au.

The South Africa women's cricket team became the second side after India to seal their spot in the semi-final of the ICC Women's World T20 after their 17-run win against Pakistan at the Sydney Showcause ground on Sunday. South Africa were boosted by a crucial 53 from Laura Wolvaardt and aided by some disciplined bowling, Pakistan never got going. South Africa chose to bat and they lost previous match centurion Lizelle Lee and skipper Dane van Niekerk cheaply to Diana Baig. Marizanne Kapp and Mignon du Preez stitched a solid stand, with Kapp launching Aiman Anwer for the game's first six. 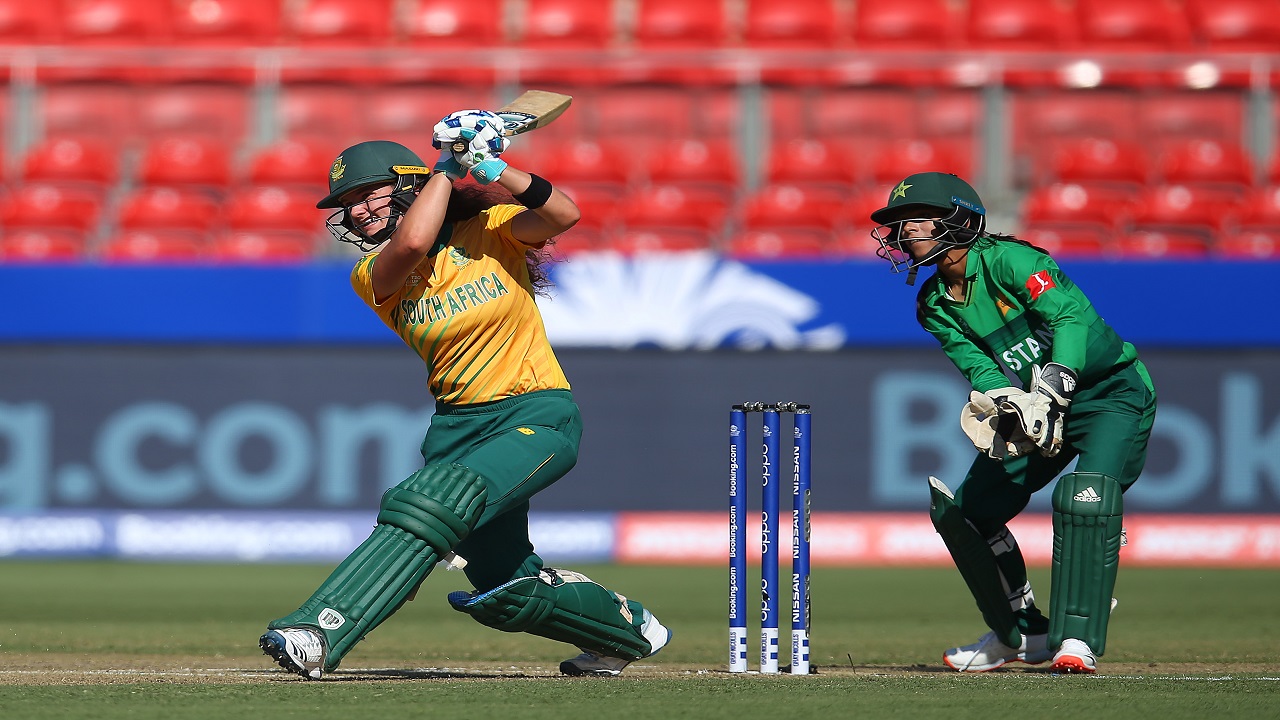 But du Preez was cleaned up by Nida Dar for 17 and Kapp fell to Syeda Aroob Shah for 31. Wolvaardt and Sune Luus then looked to get going and it was Wolvaardt who smashed two fours off Anwer as South Africa went past 100. Wolvaardt then smashed Anwer for two more fours and she ended the innings in style with three boundaries off Anam Amin as South Africa reached 136/6, with 45 runs coming off the last four overs.

Pakistan did not help their cause with two of their batters getting run-out. Javeria Khan, the skipper, looked in great touch but once she was run-out by Chloe Tyron, Aliya Riaz was the only hope for Pakistan. Riyaz blasted a six off Shabnim Ismail while Iram Javed looked good with a six and a four each. However, the asking rate was too much and Pakistan ended 17 runs short to be knocked out of the tournament.