The England Players, Both Men And Women Cricketers, Have Agreed To Forgo A Portion Of Their Salaries For Three Months While The England And Wales Cricket Board Will Be Putting A Number Of Non-playing Staff On Furlough Due To The Coronavirus Pandemic.

The England centrally contracted cricketers, both men and women have agreed to forgo a portion of their salary for the next three months in order to fight the coronavirus pandemic. (Photo Credit: Getty Images)

The coronavirus pandemic is causing havoc in the United Kingdom, with all professional cricket suspended till May 28 while football is also under total lockdown. The United Kingdom has seen over 38,000 cases until Friday with the death toll at over 3600. There is no clarity as to when sporting activities will resume and the country is pondering a lengthy lockdown in order to tackle the coronavirus pandemic. In view of the ongoing situation, the England centrally contracted cricketers, both men and women have agreed to forgo a portion of their salary for the next three months in order to fight the coronavirus pandemic. England's men and women's cricketers have agreed for a pay cut for the next three months.

The men's cricketers have agreed for a 20 percent pay cut with the players donating 500,000 GBP to the England and Wales Cricket Board while the women's players have also agreed to take a pay cut for April, May and June in line with their coaches and support staff. According to a report in Cricbuzz, the players will decide which charities they will donate to by next week. In addition, the England and Wales Cricket Board announced that they will be putting a number of non-playing staff on furlough. This means that the government will pay 80 percent of their wages while the ECB will put in 20 percent so that the staff do not lose out on money in these tough times.

According to the Coronavirus Job Retention Scheme announced in the United Kingdom on March 20, the government scheme will cover a worker who earns a maximum of GBP 2,500 per month. Speaking to Cricbuzz, England women's skipper Heather Knight, who has volunteered to join the NHS to tackle the coronavirus pandemic, said, "All the players felt like it was the right response in the current climate to take a pay cut in line with what our support staff are taking. We know how the current situation is affecting the game and we want to help as much as we can."

The coronavirus pandemic has put international tours in total limbo, with England's series against the West Indies in June highly unlikely to go ahead. In addition, Australia's tour to Bangladesh as part of the ICC World Test Championship also in June in doubt, with skipper Tim Paine admitting that the tour is highly unlikely to go ahead. New Zealand Cricket chief David White said the team's tour to the West Indies, as well as to Ireland and Netherlands is also unlikely with the coronavirus pandemic wrecking havoc in Europe and in the USA. 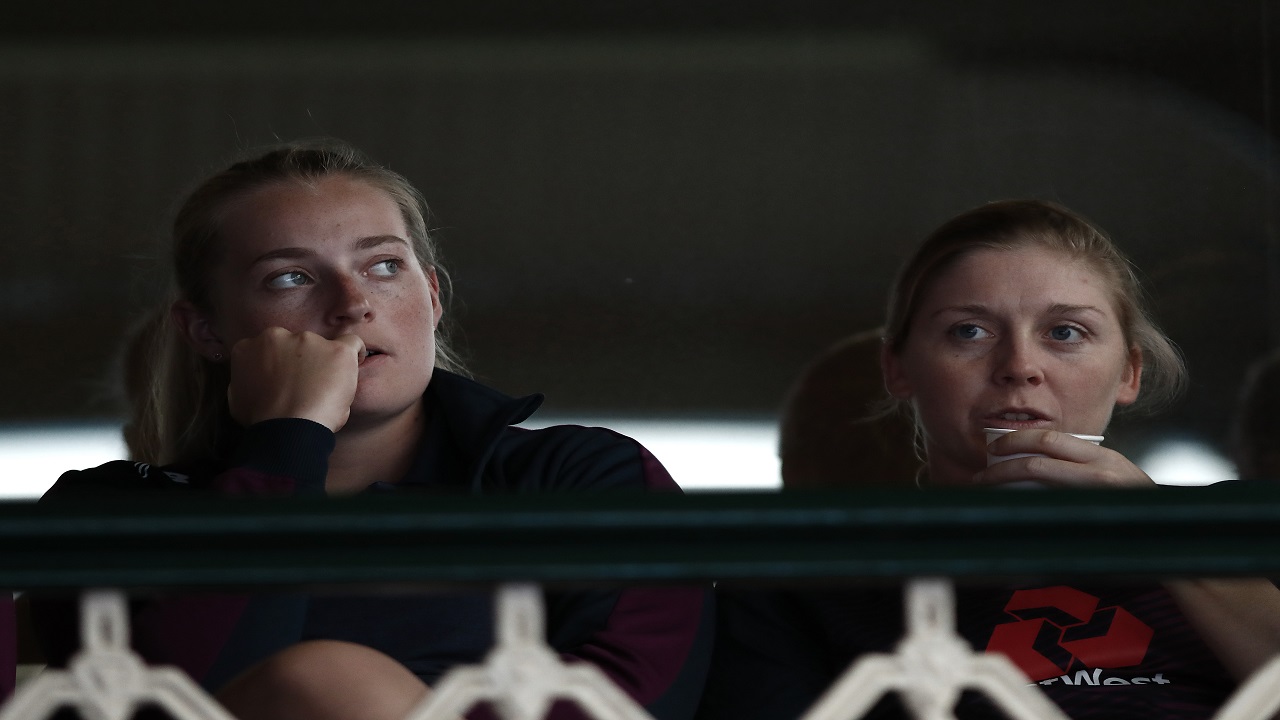 England women cricketers have agreed to forgo a part of their salary for April, May and June. (Image credit: Getty Images)

Bangladesh, though, are not pondering about pay cuts to the players and the support staff. However, the Bangladesh Cricket Board are on shaky ground as they have not yet signed a deal with a new national team sponsor as well as a new broadcaster. The current deal expires on April 30. The suspension of the series against Pakistan and the cancellation of their games against Ireland has resulted in the Bangladesh Cricket Board not getting much revenue.

Speaking to Cricbuzz, BCB chief executive Nizamuddin Chowdhury sounded optimistic. "We are in a much better position compared to some other boards that are going to lose huge revenue. It's a situation that we cannot control. We have to wait until everything comes under control. There could be a schedule chaos which we cannot resolve. We have to get engaged with other stakeholders, including the ICC. We are not thinking on these lines (pay cuts) at the moment. We are confident that we don't have to take such steps right now as we can survive for quite some time. And we hope by that time everything will return to normalcy. We are working out on how we can remain beside the cricketers and our other employees at this time of crisis," Chowdhury said.