England Do A New Zealand In T20Is, Fail To Score Seven In Last Over To Lose By One Run

England Failed To Score Seven Runs In The Final Over As They Lost By One Run To South Africa In A Thrilling Twenty20 International At Buffalo Park, East London In The First Match Of The Three-game Series.

Lungi Ngidi managed to defend seven runs in the final over as South Africa won by one run against England in the Buffalo Park Twenty20 International in East London. (Photo Credit: Getty Images)

In the recently concluded Twenty20 International series between New Zealand and India, the Kiwis failed to score nine runs in the final over in Hamilton and seven runs off six balls in the fourth game in Wellington. Both the games went to Super Overs and India won both games as Virat Kohli's Indian cricket team went on to whitewash New Zealand 5-0 in the series. It seems that New Zealand's chokes have been transferred to the England cricket team and they put on a similar exhibition during the first Twenty20 International against South Africa at Buffalo Park in East London. Eoin Morgan blasted two fours and a six in the 19th over bowled by Beuran Hendricks as England needed seven off seven balls.

However, in the quest for glory, Eoin Morgan slogged to deep midwicket and he was caught for 52. Still, England needed seven runs to win off the final six balls. Lungi Ngidi was tasked with bowling the final over and on the first ball, he bowled a full and slow ball which Tom Curran hit for a couple. With five needed off five, England added more pressure when Curran fell the next ball. Moeen Ali slogged the next ball and on the next, he secured a streaky two runs as England needed 3 off 2. Ngidi bowled another slower ball and Moeen was bowled as England needed three off the last ball. Adil Rashid took a single but on taking the second which would have tied the game, he was run-out and South Africa did the anti-choke as they won by one run to take a 1-0 lead in the three-match series.

"Experiences like these are valuable with a World Cup around the corner. Both teams left everything on the field. Losing a game by one run, you can try and make it up at some point, somewhere along the line," England skipper Morgan said after the loss. However, England would be ruing the fact that they did not capitalise on a great start in their chase of 178 and that they allowed the game to drift in favour of South Africa

Jos Buttler got going in style with two boundaries off Dale Steyn but the bowler had his revenge when he got rid of the England keeper for 15. Jason Roy smashed JJ Smuts for two sixes and two fours as 22 runs came in the over while Jonny Bairstow took England past 50 with two fours off Steyn in the fifth over. Roy continued the onslaught with a six and four off Ngidi as the fifty-run stand came up. Roy notched up his fifty off just 22 balls by drilling Tabraiz Shamsi to the long on fence. Andile Phehlukwayo sent back Bairstow but Morgan looked in great touch with two boundaries off the bowler. Roy and Morgan made steady progress and both capitalised on the loose balls when the opportunity was presented. 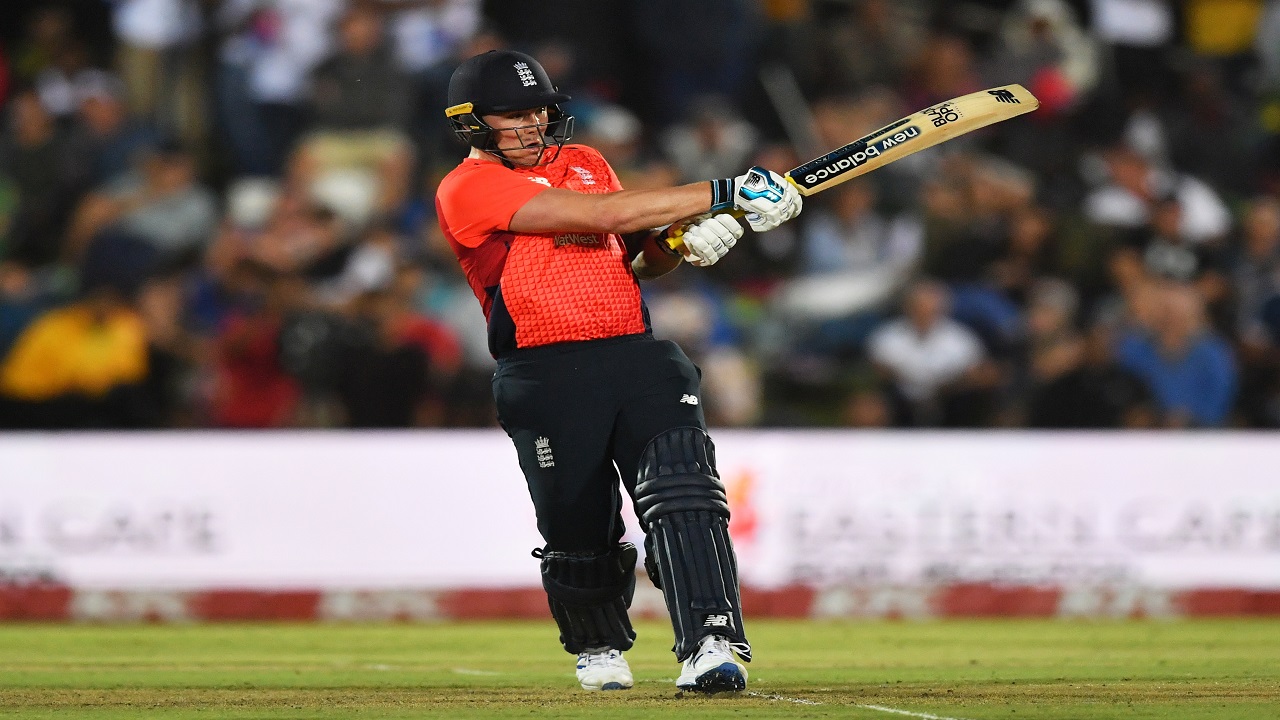 However, Hendricks gave South Africa a whiff of hope when Roy top-edged a short ball to be caught at short fine leg for 70. Phehlukwayo then sent back Joe Denly cheaply but Morgan kept England in the hunt with two boundaries off Hendricks. In the 18th over, Ngidi conceded just five runs and got the big wicket of Ben Stokes but Morgan turned the game in England's favour in the 19th over. Ngidi, though, continued to bowl without much pace and South Africa held their nerve.

England chose to bowl but Quinton de Kock started brilliantly with two fours and a six off Tom Curran. De Kock capitalised on a no-ball from Mark Wood and thumped a six as Temba Bavuma gave him valuable support. Moeen sent back de Kock as the South Africa skipper miscued the lofted shot to long on but Rassie van der Dussen slammed a four and a six off Chris Jordan as the Proteas smashed 68 runs in the powerplay.

Bavuma and van der Dussen stitched a solid partnership. van der Dussen overturned a dismissal thanks to a review but Ben Stokes had the last laugh as he dismissed van der Dussen for 31. Rashid sent back Bavuma for 43 as England clawed back. David Miller fell for 16 to Curran but Phehlukwayo and Smuts hit a six and a four respectively. Phehlukwayo found the boundary in the death overs but Mark Wood took a wicket and conceded three runs in the 19th over while Chris Jordan took two wickets and effected a run-out as only five runs came in the over but in the end, it proved to be just enough.