Virat Kohli's Indian Cricket Team Will Be Gunning For Revenge For Their 2-3 Loss Last Year But It Will Not Be Easy Against A Full-strength Australian Team Ahead Of The First ODI In Mumbai.

India will be gunning for a confident performance against Australia ahead of their full tour of New Zealand. (Photo Credit: Getty Images)

In 2019, just before the ICC Cricket World Cup, Virat Kohli's Indian cricket team were dominating the first two games and it seemed Australia's misery of 2018 would be prolonged. However, MS Dhoni was rested. Australia staged a spectacular comeback and won the series 3-2 for what was their first series win in India in over a decade. The series win in India, coming on the back of their first-ever Twenty20 series win in the country, laid the foundation for Australia's renaissance. They entered the semi-final of the World Cup, drew the Ashes in England but retained the Urn and have dominated the home summer with big wins against Pakistan and New Zealand.

The resurgence of Australia started on that February day in Ranchi and they are all set to give Virat Kohli's Indian cricket team a stern Test in 2020. In the previous series, they suffered from lack of experience but here, they have a great squad. Steve Smith and David Warner are back while Pat Cummins, Josh Hazlewood and Mitchell Starc form a potent pace bowling attack along with Kane Richardson and Adam Zampa.

For India, this series is a chance to be tested following which they will have a challenging tour of New Zealand ahead. Kohli's side have a problem of plenty when it comes to openers and bowlers. Kohli's side have lost only one series at home in the last 3-4 years and it came against Australia. With team composition the only thing on their mind, India would be aiming to continue their dominance this season and head to New Zealand high on confidence.

Kohli said he has no hesitation coming down the order to ensure that KL Rahul's consistency and Shikhar Dhawan's experience are both accommodated in the Indian playing XI. "Big possibility. I would be very happy to do so. Look I am not possessive about where I play. I am not insecure about where I bat," Kohli said. On current form, Rahul was miles ahead to partner Rohit Sharma at the top of the order but Dhawan has had a phenomenal record in white ball cricket against the Aussies. During World Cup, till Dhawan was around, KL Rahul batted at No.4 as a stop-gap solution but Shreyas Iyer has made the slot his own with a string of good scores.

The Wankhede track is usually a belter and India will certainly not go with two wrist spinners considering the fate they met during the last home series in March, which India lost 2-3. Kuldeep Yadav, who has a hat-trick against Australia, is likely to be preferred over Yuzvendra Chahal. There is a strong possibility that this will be Kedar Jadhav's last ODI series for India unless the pint-sized Pune right-hander does something extra special. 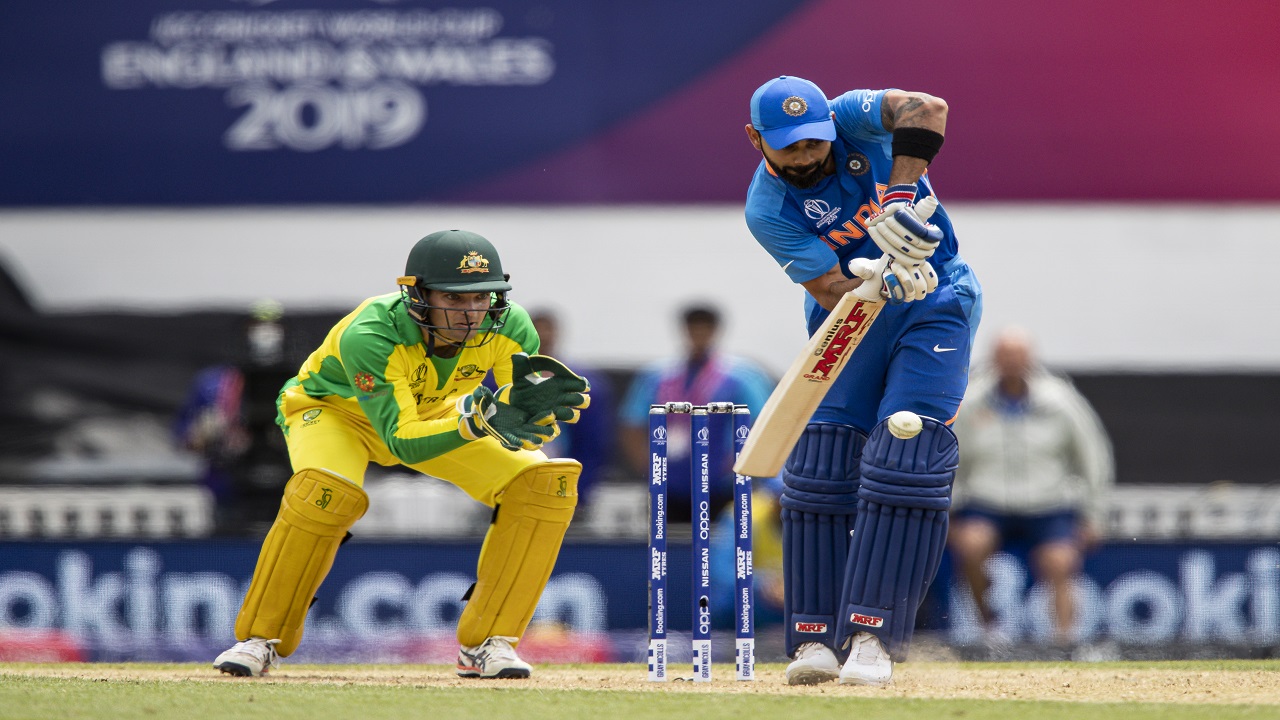 India lost a series at home against Australia for the first time in 10 years. (Image credit: Getty Images)

Marnus Labuschagne, easily the most exciting talent spreading his wings on the international cricket map with some stellar performances in the Test arena, would like to replicate his form in the shorter formats. The high-voltage rivalries that fans enjoy will be back as Rohit Sharma's elegance will be pitted against enforcer David Warner while the Virat Kohli vs Steve Smith duel will resume in earnest.

Australia have played three times at the Wankhede stadium against India and won two. They lost their last encounter in 2007 by two wickets and the match is best remembered for Zaheer Khan giving it back to Australia's sledging. However, India have not won at the Wankhede stadium for the last eight years. They lost in 2015 to South Africa and in 2017 to New Zealand and their last win came against England in October 2011.

The weather is expected to be cloudy in Mumbai and there are 10 percent of chances of rain but one hopes that the rain stays away. The Wankhede track is usually a belter and India will certainly not go with two wrist spinners. With the red soil giving a bit more bounce and with dew expected to make batting easier, teams might want to chase as the game progresses.